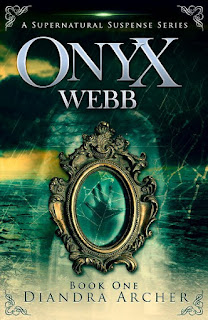 Who can she trust? What is the truth? 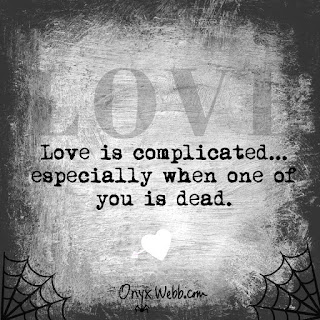 It had been two days since the Restoring Savannah banquet, and the girl in the mirror was all Koda could talk about. “Think what you want, Dane, but I saw her,” Koda said for the third time, getting up from the leather sofa in the center of the penthouse apartment in the 55 West building and starting to pace.

“You gotta get a grip, man,” Dane said. “Mika is still fuming about your speech, and I don’t want to be around when word gets back to your dad.”

“You gotta ask?” Dane was tempted to mention the fact that Koda had punched him in the face when they were at the bar at the Mansion on Forsyth Park, but didn’t.

“And in the four years you’ve known me, have I ever lied to you?” Koda asked. “About anything?”

Dane shook his head. Like most people, Koda Mulvaney had a variety of character flaws, but being a liar was not among them.

Dane went silent and took in what he’d just been told. “Okay, what color was her hair?

“No,” Koda said, shaking his head. “She was young, like late teens or early twenties maybe.”

“Not just her hair,” Koda said. “Her face, her clothes, everything. It was all gray.”

“A gray girl in a gray place with gray clothing,” Dane repeated, trying to make sense of it. “What was she wearing?” “I’m not sure,” Koda said. “Wait.” Koda closed his eyes, tried to summon a mental image in his mind. “A dress. No, not a dress, more like a fancy gown, like someone would wear to a wedding.”

“Weren’t there a couple of weddings…?”

Koda shook his head from side to side.

“Was she pretty?” Dane asked.

“Oh, yeah,” Koda said. “She was stunning, mesmerizing. But there was something about her, Dane…”

“It’s hard to explain, to put into words,” Koda said, closing his eyes again, trying to form a picture of the girl in his mind. “It was her eyes. There was something in her eyes—a combination of sadness and innocence and confusion—like she was…” 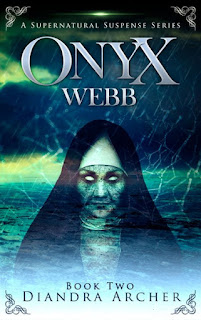 The story continues. The entanglements grow. Who will survive? 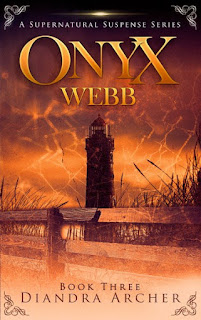 Onyx’s new life isn’t what she expected. Will Koda recover from the tragedy? Decaln is succeeding but at a terrible cost.

The surprises continue in this third installment of the Onyx Webb series and you won’t believe how twisted the plot has become. It will grab you because of the surprises, but you’ll be hooked because of the unknown.
You’re in deep now. Keep going forward.
It’s the only way out.
Goodreads * Amazon 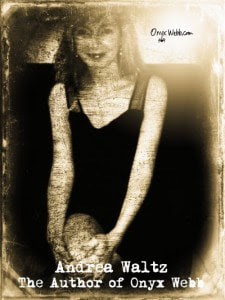 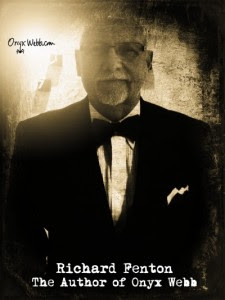 Richard Fenton & Andrea Waltz are best known as the authors of Go for No! (which hit #1 on Amazon’s Sales & Selling list and has remained in the Top 10 for the last five years.) They are also professional speakers who speak internationally to audiences on how to overcome fear of failure and rejection.
Although all of their business books are fables, the Onyx Webb series is their first serious dive into fiction.
But Richard and Andrea have been in love with creating stories together since they met almost twenty years ago and even spent some time in Hollywood writing screenplays, being represented by the producer of Breakfast at Tiffany’s.