Expose Yourself by Erin Louis Book Tour and Giveaway :) 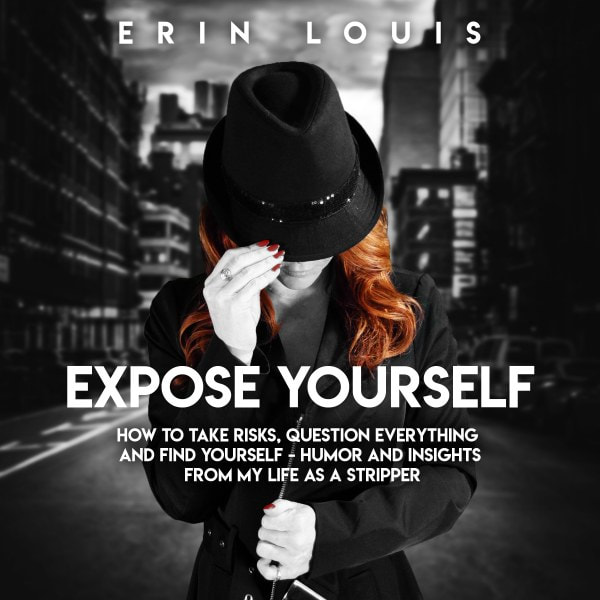 Expose Yourself
by Erin Louis
Genre: Non-Fiction, Self Help, Humor

After her first two books about the stripper world and her memoirs, Erin Louis offers us her new self-help book promoting critical thinking and self-confidence through humor, challenging insights, and her own true stories. A cross between "Fifty Shades of Grey" and "The God Delusion", Ms Louis titillates as she enlightens readers. You will learn how to find the freedom to be yourself, find confidence to take risks, and change your life. This book will show you how. As she says, you don't even have to get naked to do it, she's done that for you.

Chapter 1
Take It From a Stripper
How Being a Stripper Taught Me to Take Risks, Stop Pretending, and Challenge Norms


You might be asking yourself, “What could a stripper possibly say that would relate to me?” In fact, I’d be terribly disappointed in you if you weren’t asking that question. It’s a perfectly valid one. After all, what does my twenty years of public nudity have to do with you? Well, now that you ask, quite a bit.
While common stereotypes often portray strippers as amoral, drug dependent, uneducated, and broken human beings, this is not always the case. A common misconception is that most strippers are driven to the profession out of desperation, a last resort, or simply lacking the cognitive ability to make it in the real world. I would say that description is much more fitting of today’s reality TV stars than your average stripper. Actually, most strippers are smart, independent and happy to be on the fringe of society.
My time in the adult industry has given me a unique perspective on not only sex, but also on taking risks, questioning norms, thinking for myself, and so much more. I knew I would likely learn much about sex, but my job actually taught me so much more about life itself. How to ask unwelcome questions, how to accept other people, and how to let go of limiting thoughts and beliefs. I’ve essentially performed an informal sociological study on humans. Granted my knowledge is limited to the context of the strip club, but I’ve come up with some interesting findings, including, of course, how it relates to human sexual behavior. For example, sex shaming, especially from religions, seems to be the driving force behind the whole sex industry itself. I firmly believe that if sex and nudity were not deemed to be wrong or dirty, strip clubs, porn, and the like wouldn’t exist at all. While I’d like to think I might qualify as a subject matter expert, I have no formal education in the field. My expertise comes strictly from twenty sober years working with strippers, strip club staff and customers. My advice and opinions all stem from that experience.
While I have made it out of the industry with my cognitive faculties mostly intact, I must admit I have a slightly twisted view on a few things. As most of us are taught to conceal our inner selves for fear of judgement, I see it mostly in the open. Thirty seconds in someone’s lap for instance, can give me a wealth of information about that person. I can tell pretty quickly someone’s feelings toward women and whether he calls his mother regularly or not. Things like fetishes, or the way someone talks or touches, are each a little clue into someone’s mind. On the surface it seems like all I do is provide live masturbatory material, while in reality I’m collecting information. I have insights that can only come from my work, and that includes other dancers as well as staff. The way people interact in the strip club can be very different from the way they act in what I will refer to as the real world.
When you expose yourself both literally and figuratively, you are casting a light on reality. The lessons I learned in the strip club apply not only to other people but also to myself. I was forced to face certain things about myself that I may have missed had I taken a more mainstream path in life. Seeing yourself for who you really are on the inside is in my opinion the only way to true happiness. To be able to reach your goals, you must first be honest with yourself, and that includes everything that makes you uncomfortable. Whether suppressed feelings, desires, or insecurities, refusing to face uncomfortable truths about yourself and the reality you live in, is a terrific way to end up a bitter, unfulfilled and miserable person. Frankly, that sucks for not only you, but everyone else you come in contact with.
As a stripper, exposing my outside to public scrutiny also eventually led to exposing the uncomfortable feelings and doubts about the world around me and what I was taught to believe. Getting naked on stage forced me to come to terms with the inadequacies I felt I had physically. As I grew more comfortable confronting my fears about aesthetic judgements, I was able to turn that into acknowledging the uncomfortable feelings I was holding inside. Dancing showed me how to present a fantasy, which in turn gave me the tools to recognize when I myself was presented with a fantasy, as well as the fantasies I was presenting to myself.
I was taught that living a happy life meant living a normal one. Stay in your lane and go with the flow. Be what society considers acceptable and respectable. When I was finally able to let go of the image of what people thought I should be and started to investigate the world around me, what I found was far more profound and beautiful than anything I had ever thought it could be.


I hope to help you live your best life, learn to take risks, question everything, and find yourself. Also, I hope to show you that a life without risks is ultimately boring and unfulfilling. The good news is you don’t have to get naked in public to do it, as I’ve very generously already done that for you. 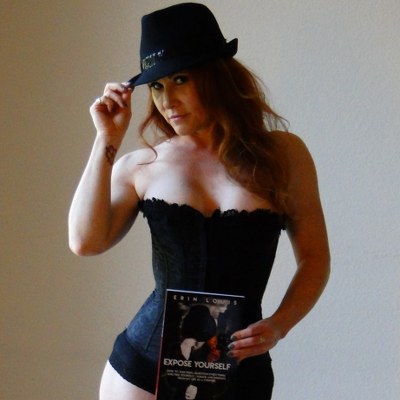 Somehow through all this, I have found the courage to show who I really am to the world. I hope to help lead others down the path to their own self-acceptance. My mission now is to help people live their best lives without the need to please other people who may be miserable in their own. Whether it be discarding dilapidated belief systems, unrealistic ideals, or simply the fear of judgment, finding the courage to be yourself can be daunting. By sharing my stories, I hope to show that you are ultimately in control of your own life, and that you alone have the power to control your own happiness. I hope to provide that little nudge you may need to tell the world to kiss your butt, because you are awesome just the way you are.