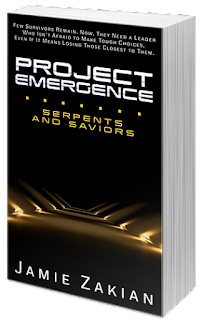 Joey got separated from her twin brother Jesse when their luxury spacecraft broke apart halfway to Mars. The terrorists are dead, but so are most of the passengers who escaped a dying Earth for a new life on a new planet.

The remaining survivors, the future of humanity, are scattered across the lush planet of Mars. Joey and Kami are in a mountainous forest, and they’re locked in a power struggle to guide the people. Jesse and Rai landed on the coast, and are desperate to reach their sisters.

This new world can be a fresh start, where everyone is equal and class sectors are finally made obsolete, if only Kami would give up her self-appointed position as Commander of Mars. Both Joey and Kami are willing to die for their beliefs, even sacrificing the lives of those who’ve chosen to follow them, unless clearer heads can prevail before it’s too late. 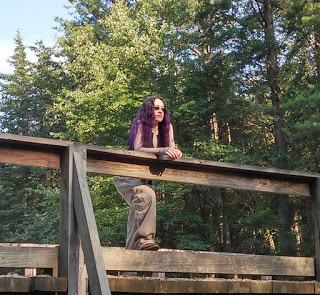 Jamie Zakian is a full-time writer who consumes the written word as equally as oxygen. Living in South Jersey with her husband and rowdy family, she enjoys farming, archery, and blazing new trails on her 4wd quad, when not writing of course. She aspires to one day write at least one novel in every genre of fiction.


I actually didn’t delete any scenes in Serpents and Saviors, but there used to be a completely different opening for the first book in the Project Emergence duology and I’d love to share it.

Joey pulled a helmet over her head and fastened its latch on her anti-radiation suit. So much work, just to get the weekly post. Her art kit waited, the sketch of an ocean sat on her bedroom wall unfinished, but chores didn’t do themselves.
After flipping on the oxygen tank on her suit, Joey hit a red button on the wall. A buzzer sounded, and the outer door of her home’s airlock crept open. Light glared off metal, shocking her eyes for a split second. The sun’s flare raged today, no different from yesterday, and the same forecast as tomorrow.
Joey slid down her visor. The deep red sky reflected off the tinted lens of her old spacesuit, which still bore the tag from Goodwill, and her heavy boots kicked up a cloud of crimson dust with every step she took toward the mailbox at the end of her dirt driveway.
Sunlight bounced off the monstrous glass dome below her sector and she lifted her arm to block its glare. Hard soil crunched as she neared the edge of a steep drop-off. She gazed down, spying into the elite A-Sector. Far below, people strolled along paved sidewalks, without radon suits, in front of stores with blinking neon lights inside their UV dome of riches. It hadn’t happened yet, but maybe one day one of those people would look up and wonder about her life.
A beep sounded in her helmet and she looked at the oxygen gauge on her wrist. There was only five percent left. Her brother would lay into her for wasting resources on A-Sector gazing.
Joey turned from the sealed away mini-city and moved toward the steel mailbox fixed on a crooked, rusted metal post.
“Dang gloves,” she muttered while fumbling with the mailbox’s lid. When the flap dropped down, a golden envelope nearly stole her breath.
“A selectoral!”
Joey snatched the large letter, ignoring the other pieces of mail, and scuffled back toward her house. The bulky radon suit seemed to weigh a billion pounds, growing heavier the more she hustled.
Her wide glove covered the red button as she pressed it, but the contact barely registered through the thick material. The grind of her outer airlock door inching to a close blasted throughout the narrow holding room, swallowing the drum of her gloved hand on the envelope. So badly. She wanted to shed this musty suit and run her fingers along the shiny letter so badly, but if she took her suit off now radiation would boil her skin.


A burst of air circled the room. Ultraviolet lights lit the small holding chamber in a purple shimmer and Joey reached for the latch on her helmet, waiting. As soon as the indicator flashed from red to green, she’d scramble out of her spaceman get-up, take a moment to gawk at the selectoral, then run inside her house to show it off.