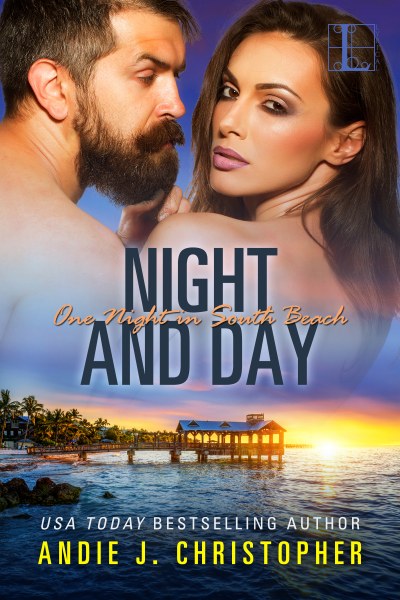 
One Night in South Beach #5
by Andie J. Christopher

Letty Gonzalez is a true romantic. She’s spent her life waiting for flowers, poetry, the grand gesture that will finally sweep her off her feet—without any luck. After her latest dating fiasco, she’s ready to give up on the idea of Prince Charming—but not on down and dirty fantasies about her new boss—gorgeous, out-of-her-league Max Delgado.
Maxis more pragmatic than romantic—and with his looks and charisma, beautiful women usually fall at his feet. Bubbly, generously curvy Letty just isn’t for him, and maybe if he finally lets his grandmother set him up with someone new, Letty will finally believe it.
But the senior citizen’s matchmaking is trickier than anyone anticipated. And when Letty and Max find themselves stuck in Key West together for a seductively sexy weekend, one kiss is enough to light a fire neither of them wants to put out . . .
**easily read as a standalone!**

STROKE OF MIDNIGHT
One Night in South Beach #1
Goodreads * Amazon

DUSK UNTIL DAWN
One Night in South Beach #2
Goodreads * Amazon

BREAK OF DAY
One Night in South Beach #3
Goodreads * Amazon

BEFORE DAYLIGHT
One Night in South Beach #4
Goodreads * Amazon 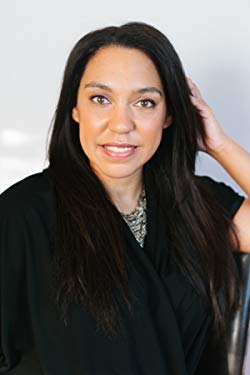 Andie J. Christopher writes edgy, funny, sexy contemporary romance. She grew up in a family of voracious readers, and picked up her first Harlequin romance novel at age twelve when she’d finished reading everything else in her grandmother’s house. It was love at first read. It wasn’t too long before she started writing her own stories—her first heroine drank Campari and wore a lot of Esprit. Andie holds a bachelor's degree from the University of Notre Dame in economics and art history (summa cum laude), and a JD from Stanford Law School. She lives in Washington, D.C., with a very funny French Bulldog named Gus.