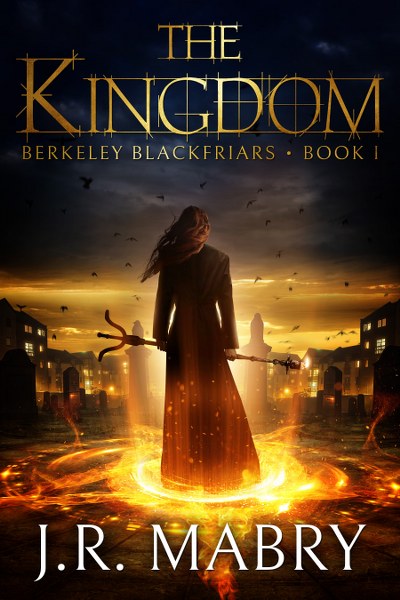 An unhinged tycoon.
A lodge of evil magicians.
A plan to steal every child from the face of the earth…
When Kat Webber discovers her brother’s comatose body in the midst of a demonic ritual, she knew she was in over her head…
Fr. Richard Kinney is having a crappy week. He’s not at all sure he’s the best leader for the demon-hunting Berkeley Blackfriars, and his boyfriend has just broken up with him. But when a violent demon possesses one of the richest men in the world, Richard doesn’t have time for self-pity.
Kat and the Blackfriars discover their situations are entertwined—leading them to a lodge of black magicians who make every avocado in the world disappear. Their dark power growing, they eliminate every dog from existence.
Kat and the Blackfriars find themselves in a desperate race against time as the magicians try to eliminate their next target—every child on earth. To save the world’s next generation, Kat and the Berkeley Blackfriars will have to put themselves in the line of fire instead…
The Kingdom is the first book in the Berkeley Blackfriars series. If you love supernatural suspense laced with humor and danger, you’ll love J.R. Mabry’s Berkeley Blackfriars’ books. Fans of Buffy the Vampire Slayer, Preacher, The Dresden Files, and the Mercy Thompson series will thrill to this new paranormal fantasy adventure.
**Only .99 cents!**
Goodreads* Amazon 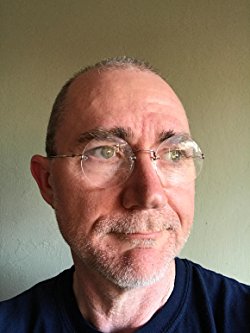 J.R. Mabry roams the earth like the ghost of Jacob Marley, searching for the perfect omelet pan. He writes thoughtful urban fantasy and science fiction. When not haunting high-end cooking stores, he lives with his wife and three dogs in Oakland, CA. He is allergic to coffee, tea, and alcohol, and for this reason the hills resound with his lamentation. He is also generally a cheery guy.
Check out the relaunch of The Kingdom, out now from Apocryphile Press. The relaunched The Power will be out next month, followed by the all-new The Glory—also known as the Berkeley Blackfriars series. The Berkeley Blackfriars aren’t your ordinary priests—they curse like longshoremen and aren’t above the occasional spliff or one-night-stand. But if you’ve got a nasty demon on your ass, they’re exactly the guys you want in your corner.
For a free short story in the Berkeley Blackfriars universe, download The Demon Bunny of Ipswich. For more on The Kingdom and the Berkeley Blackfriars, visit J.R. Mabry’s website at www.jrmabry.com.
Website* Facebook * Amazon* Goodreads