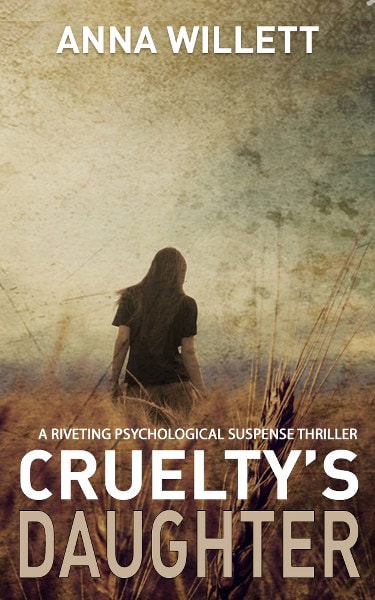 When a young girl is abducted by a notorious serial killer, a woman risks her own life trying to save her.

Mina is struggling to come to terms with her past. Having led a reclusive life, shunning human contact, she decides to take on a local college course to help get her life back on track.

However, when a young girl who tries to befriend her is abducted by a serial killer, Mina feels responsible. She refused to wait with the girl for her mother to pick her up. And she shrugged off the youngster’s fears.

Now Mina cannot rest until she finds out what happened. But as she probes into the events of that evening, her own nightmares start to return. She has put herself in danger, one that leads to an increasingly tense standoff with a cruel and vicious man who will stop at nothing.

Can she find the strength to stand up to her demons, past and present? And will she do so, even if it means risking everything?

CRUELTY’S DAUGHTER is the fifth novel by best-selling Australian author, Anna Willett. She writes in the thriller genre, with a touch of horror. Her books explore how women react to difficult situations. The books are full of tension, physical and psychological, and they are difficult to put down.

The flap on the back of the mailbox clanked open. The box was not as overflowing as she’d expected. Reclusive behaviour has its advantages, she thought, flicking her tongue over her suddenly dry mouth. Glancing around, she was struck by how silent the street seemed. In the windows, lights flickering behind closed curtains and blinds were the only sign of life. With the stack clutched to her chest, Mina turned and hurried up the path.
A glass-rattling clang echoed and the front door slammed behind her. Another envelope, identical to the last. The same rich texture and an odour. She tried to identify it but all that came to mind was polish of some sort, maybe wax. Had the smell been on the first note? Mina dropped the packet on the table and sat.
It wasn’t over.
How had she ever convinced herself it was?
She let out a long breath, surprised at how laboured it sounded. I could throw it away. If I don’t look, I won’t have to know. Her mind raced through possible scenarios. Maybe this time the Magician would give details. A location. Mina pulled her hair over her right shoulder and twisted it around her hand.
She picked up the envelope and tore it open. Once more, a single sheet of paper, thick and grainy. Before unfolding it, she shook the envelope and a second penguin clip tumbled out. A soft noise somewhere between a sigh and a gasp escaped her lips. The clip bounced on the table and then lay still. Mina had the urge to sweep the little plastic clip to the floor and crush it under her foot. Instead, she unfolded the paper.
This time the message was longer, but no less disturbing.
The gift that keeps on giving.
The large sloping letters were unmistakably written by the same person. Mina stared at the words trying to see more than what appeared on the page. What does he mean? And more importantly, where is this going?
Six words. Enough to send a trail of sweat running down her spine.
She put the page on the table alongside the clip and focused on one word, keeps. Did that mean Andrea was still alive? Maybe he was trying to tell her something? But why her? In movies, the killer often sent taunting notes to the police or the hero. But this was no movie and she was as far from a hero as a woman could be.
The light drained out of the day, reflecting darkness into the kitchen. She had the eerie sensation of being watched: someone hiding outside the house, peering in the windows. She had the urge to turn and look out of the kitchen window, but the fear that she might actually see a face pressed against the glass kept her from looking over her shoulder. She needed light to chase the shadows away.
Half out of her chair, the shrieking of her phone erupted. The noise was so shocking in the darkening room that Mina slapped her palm on the table in surprise. The phone was on the counter where she’d left it after Lee had called. She stood on numb legs and reached for it, keeping her eyes off the window. 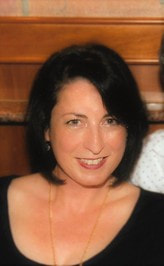 Anna Willett is the author of Backwoods Ripper, Retribution Ridge as well as the bestselling, Unwelcome Guests and the tense new psychological thriller, Forgotten Crimes. Raised in Western Australia, Anna developed a love for fiction at an early age and began writing short stories in high school. Drawn to dark tales, Anna enjoys writing thrillers with strong female characters. When she's not writing, Anna loves reading, travelling and spending time with her husband, children and dogs.