What Lies Within by Robert Smith Book Tour and Giveaway :) 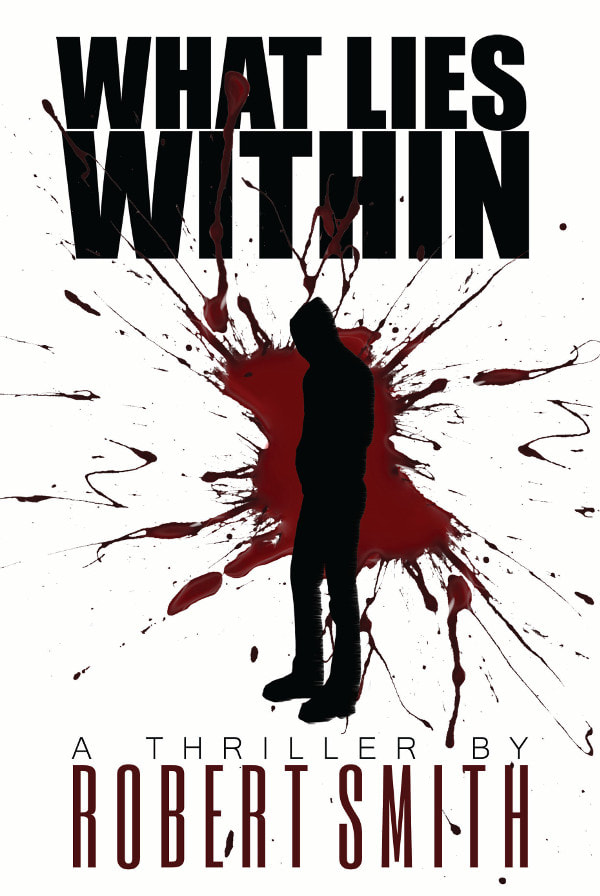 What Lies Within
by Robert Smith
Genre: Crime Thriller

“There are four kinds of Homicide:
felonious, excusable, justifiable, and praiseworthy.”
—Ambrose Bierce
This is a story about duty, revenge, murder, and horror.
The system failed Tyler McDermitt. He and his brother have vowed to protect unfortunate youth from a similar fate - or at least make those responsible, pay. The McDermitt brothers, victims of child abuse and molestation, escaped their hell and have decided to clean up after the failings of a flawed justice system.
The rough streets of Dorchester, south Boston, have hardened two aspiring vigilantes and prepared them for a mission. One brother has a good heart, a conscience, and a burning


compassion. His twisted sense of morality has burdened him with a deep sense of responsibility. The other brother is as hard as nails and as cold as ice. He is hell-bent on revenge and aims to ensure the other stays the course.


A motivated young detective is on their scent; she and her veteran partner look to foil McDermitt brothers' plan.
Something from the boys' past - something dark - is also closing in.

With a hard tug, my blade sank deep into his neck, easily through the jugular and carotid, then through the gristle of his trachea. There would be no call for help as life pulsed from him. The remaining vessels cut like butter. I lowered his emptying form to the ground. Adrenaline kicked his heart into high gear and the oozing current of blood became a flowing torrent. A flash of panic lit his eyes and he mouthed something. It was inaudible beneath the weak gurgles and clucks. Then the light in his eyes went dim. That was our plan, it was going to happen, nothing could stop it. I had no control over it, him, or myself. I opened my eyes as a figure emerged from the side of the building. The darkness shrouding the alleyway veiled him. He cursed a fixture above the door, the fixture from which I had earlier smashed the bulb. On that night, black clouds had refused to allow the moon to glow. A solitary street light, from the far end of the passage, cast light which danced on his jingling keys as he fumbled for the lock. As I looked on, Devil hissed into my ear, “Let’s do this already!” His hot, wet breath was like that of a dog—a hungry dog. I wiped the spit from my cheek and glanced over at him. I had seen that look before. “Shhhh,” I urged. That expression, the look in his eyes brought me back. The dark figure finished with the lock, then turned to walk down the backstreet. He had parked his car behind the building, as he did every night. That ensured he would walk by the dumpster which served as our blind. Pungent odors of rotting food wafted from the big metal box we hid beside. The stench stung my nose and watered my eyes—doubt clouded my mind. “He’s coming, get ready.” “Yeah... I’m not sure about this one,” I answered, remembering how I was rushed—pressured—into setting it up so fast. I never liked to pull same-day jobs. It didn’t leave time for planning. And the wild look in his eyes, was it excitement, anticipation, desperation? I couldn’t tell, even though I had seen it so many times before. He looked right at me, but through me, with panic, yet focus—such focus. “Screw that,” he jeered. “You did the damn research. What’s not to be sure of ?” “Some research, yeah. The police didn’t have enough to charge this guy.” “Damn it Tyler, you read what he did to that kid—you know he did it. And you know we don’t have a choice!” he hissed while giving me a little shove. “Ease up, man,” I barked back, returning the shove. “Hello?” The man in the alley probed. “Who’s back there?” Devil and I leaned back, deeper into the shadow of the dumpster. “Hey... are you okay? Who’s back there?” As the footsteps approached, my instincts kicked in. I reached back, felt the cold metal of my knife, slid it from my belt and got ready. The echoing footfalls stopped, inches from where we were crouched. My heart pounded so hard I was sure the man just around the corner heard it aloud. Adrenaline coursed through me. I focused on controlling my breathing. The images—evidence—we had gathered flashed through my head like a sequential montage, each one delivering a stabbing pain to my temples. I saw red, nothing but red. In a pain-driven blood lust, I sprang from the shadows and struck. Devil laughed as he fought to pull me off the decimated corpse. “Tyler, let’s go. It’s done. We gotta get outta here.” I wiped sweat and blood from my face and tried to compose myself. I stood on shaky wickets, looking down, and thought, Oh my god, did I do that? I had the same disbelief every time. 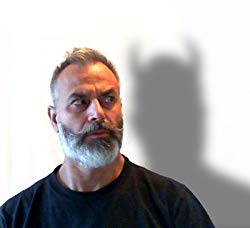 
On this small island, ocean waves drive hard against red cliffs. So, with fears that the sandstone island might soon melt into the Atlantic, Robert finished his studies in Information Technology and moved to Canada's capital.

Robert has worked in network design, administration and security. He recently transitioned from a job managing a digital forensics team (supporting investigations) to Enterprise Architecture. That's his day job. At night, he writes.

This author writes thrillers (psychological, suspense, crime and horror). Pick one up if you like that sort of thing.

What inspired you to write this book?
The story of Tyler McDermitt and his brother came to me while nodding off a few years back. The first part of that story played itself out in my mind as I began to drift off to sleep. I had to keep getting up and jotting more notes. The title (What Lies Within) is intuitive once you know the story.
Many stories come to me just before I fall asleep. The hypnagogia fairies take pleasure in robbing me of a good night’s rest.

What can we expect from you in the future?
Foremost on my list of action items is to finish the follow-up to What Lies Within. I see this story playing out in three parts. The next novel will be ready for beta later this summer. Then, the third and final installment. Once I complete this trilogy, I would like to wrap up Society for Supper. Once those story lines are wrapped up, I have several other projects planned. Which one comes first will depend on what happens between now and then. I have new stories hatching all the time. I jot them down in my list of projects, which is beginning to get long.

Can you tell us a little bit about the characters in What Lies Within?
Tyler McDermitt is the protagonist in What Lies Within. He and his brother lost their parents when they were very young. The system moved them around from foster home to foster home until a couple took them in. The boys spent eight years with that couple—the worst eight years one could imagine. These two brothers, victims of child abuse and molestation, finally escaped their hell. They pledge to clean up after the failings the flawed system.
The rough streets of Dorchester, south Boston, hardened the two aspiring vigilantes and prepared them for their mission. One brother (Tyler) has a good heart, a conscience, and a burning compassion. His twisted sense of morality has burdened him with a deep sense of responsibility. The other brother is as hard as nails and as cold as ice. He is hell-bent on revenge and aims to ensure Tyler stays the course. Besides pursuit from police, there is something from the boys' past closing in.

What did you enjoy most about writing this book?
I truly enjoy being swept up in a story, lost to reality and engrossed. Just like reading, it’s a way to escape to a new world or a different reality temporarily. The difference is, when writing, you can steer the direction, influence and manipulate the characters and story.
With What Lies Within, Tyler tells most of the story in the first person. That allowed me to put myself in his shoes and really feel the character.

What is your favorite part of this book and why?
My favorite part is that, once you think you know what’s going on, your forced to question your interpretation. As the story and the series goes on, you will continue to flip-flop on how you read things. I wanted to keep the reader guessing. I believe I am still trying to determine the right time to reveal things, and how much to reveal (in book two). And once the questions of Book 1 are answered, there are more twists to come. I really enjoy a good twist—a surprise—and I believe I’ve been able to weave some surprises into this story. 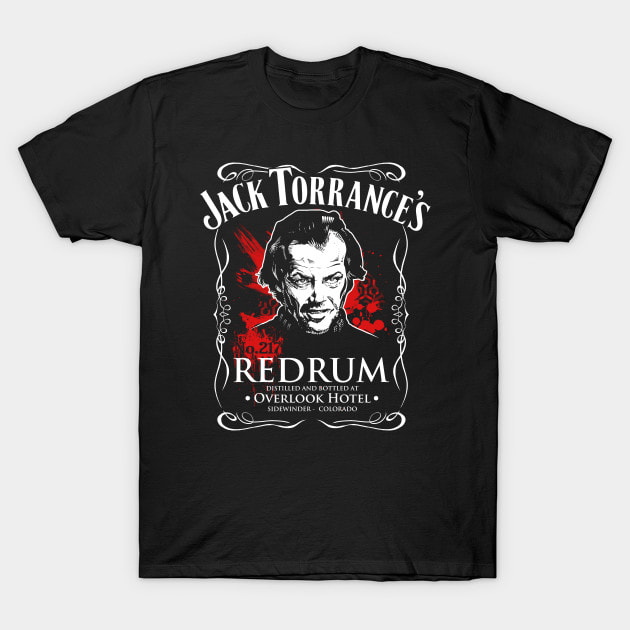