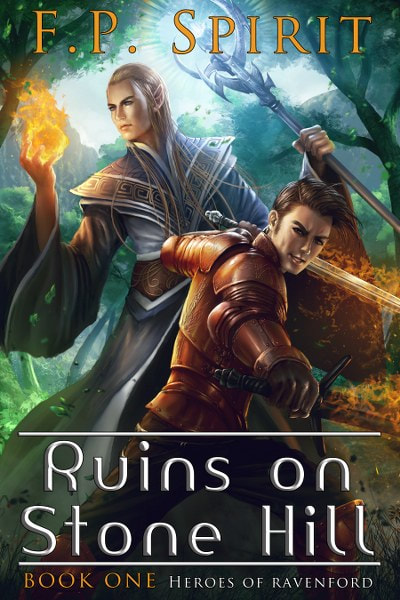 It has been one hundred and fifty years since the end of the Thrall Wars, when the four dread Thrall Masters rained destruction down on the land of Thac. The world has been relatively quiet since, but dark things have started to rise around the little town of Ravenford.


The town's only hope lay in four newcomers: a fearless young warrior with blades of fire, an elven wizard as deadly to his friends as his enemies, a cynical halfling who might be an assassin, and a quiet gnome whose very touch can heal. Together they set out to face the creatures of darkness. Yet they soon find they are facing more than just a few rogue monsters, for a greater force lurks behind them all.

From eerie woods to underground caves to haunted ruins, they encounter terrifying monsters, creatures of the night, and demonic sorcery. Can the young heroes stand against the forces of darkness, or will they too fall prey to the evil that threatens to destroy Ravenford?

Brundon and Titan showed up, the latter for once not wearing armor. Instead she was garbed in a plain shirt and pants with a red and silver tabard sporting the same crest as her shield—a rearing lion over two crossed swords. The duo sat with Lloyd, Aksel and Seth, sharing in the free food and ale. A short while later, Kailay appeared. Glo saw the young woman approach their table. Xelda noticed it as well.
“Oh, this I have to hear,” she told Glo. Before he knew it, he was being dragged back toward their table.
Kailay was speaking to Lloyd for the first time in days. “…sorry I haven’t been around much lately. I was...ill.”
Xelda whispered to Glo in elvish, “Ill indeed. More like ill from embarrassment.”
Glo stifled a laugh. That was the same thing Delara had said.
Lloyd’s expression was sympathetic. “That’s okay, Kailay. That can happen to anyone. I’m just glad you’re better now.”
A bright smile spread across Kailay’s face. “Lloyd Stealle, you are so understanding.”
“Why don’t you join us?” he said. “You know Delara and Brundon and Aksel and Seth of course. Oh, and here are Xelda and Glo.”
They all exchanged greetings. It turned out that Xelda, Delara and Kailay were all old friends. They all sat together and shared more food and ale. It was a fun time, with some interesting stories about growing up in Ravenford. At one point Xelda pulled Kailay aside. The next thing Glo knew, Xelda had dragged Brundon onto the dance floor. Glo thought it strange, but Delara appeared almost resentful. At the same time, Kailay circled around and sat next to Lloyd. She whispered something to the young man, but Delara seemed too preoccupied to notice. A few moments later, Lloyd rose from his seat and addressed Delara, “Ahem, would you care to dance?”
Delara appeared uncertain at first, but after another glance at Brundon and Xelda, shrugged her shoulders. “Sure. Why not.” She rose and followed Lloyd into the crowd. The two clasped hands and began to dance. Titan seemed rather stiff at first, but Lloyd soon had her moving around. His agility on the battlefield translated nicely to the dance floor.
Glo felt a soft touch on his arm. He turned and saw Kailay sit down next to him. “He’s rather good, isn’t he?”
“Yes, he is.”
“I think Brundon noticed as well.”
Glo peered over at Brundon and Xelda. The former’s eyes were riveted on Lloyd and Delara. Glo nudged Kailay. “Just what are you three up to?”
Kailay smiled sweetly back at him. “You’ll see.”
The couples passed each other two times. On the third pass, Xelda executed a smooth change of partners. As she danced away with Lloyd, Brundon and Delara were left arm-in-arm in the middle of the crowd.
Glo nearly burst out laughing. He spun around toward Kailay. The young woman wore a knowing smile.
“So that’s what you were up to.”
Her smile widened. “Guilty as charged.”
Brundon and Delara stood frozen for a few moments. Slowly, the couple began to dance. They soon fell into a rhythm and moved rather well together.
“It’s about time,” Seth commented. “They’ve been dancing around each other ever since we met them.”
Kailay grinned. “Try ever since they met.”


Seth shook his head. “Humans…” he murmured, his tone exasperated. 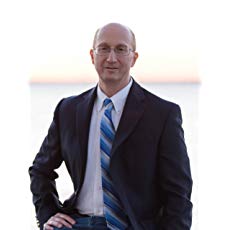 F.P. Spirit has always loved fantasy. From the moment he received his very first copy of Lord of the Rings back in high school, he was hooked. Today, somewhere between work and family, F. P. manages to write sword and sorcery fantasy fiction.


His novels,Ruins on Stone Hill, Serpent Cult, Dark Monolith, and Princess of Lanfor are the first four books in the series Heroes of Ravenford. The series chronicles the adventures of a band of young heroes in the dangerous world of Thac. F.P. is currently working on the fifth book in the Heroes of Ravenford series, The Baron's Heart, to be released in 2018.

When I started book 4 of the Heroes of Ravenford series, I decided to try coauthoring with a friend of mine, Kathryn Fogleman. It went quite well, so well in fact, that we are now co-authoring the fifth book in the series, The Baron's Heart. The first draft was just completed and is out with our editor. We are planning to release it in the fall this year.
Beyond that, I am working on an anthology called Tales from Thac. Thac is the island where the Heroes adventures take place. I have enlisted Kathryn and a few other author friends to write some short stories involving that world. With any luck that anthology will be released sometime next year.


Afterwards, I’m planning another five-book series continuing the adventures of the characters from the Heroes series. Tentatively titled, Rise of the Thrall Lord, that series will be a bit darker. Still, readers can expect the same witty banter, wild ideas, and nail-biting battles that they’ve become accustom to with this group.