Showing posts from July, 2017
Show all

An Epiphany in Lilacs by Iris Dorbian Book Blast :) 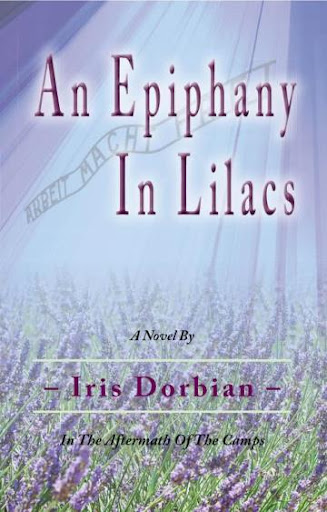 An Epiphany in Lilacs by Iris Dorbian Publication Date: January 1, 2017 Mazo Publishers eBook & Papberback; 180 Pages Genre: Young Adult/Historical Fiction/World War II An Epiphany In Lilacs is a young adult novel set in a DP camp outside Hamburg, Germany following the end of World War II. The author, Iris Dorbian, captures in this story a unique glimpse into the period after the Holocaust when survivors had to deal with their new realities for living, based on her father's personal experience. After liberation in May 1945, Daniel, a 14-year-old Latvian Jew, is treated in a field hospital in the British zone of partitioned Germany. A survivor of various concentration camps, Daniel fights to recover from starvation and disease. Racked by nightmares, a nearly nightly occurrence, Daniel finds sleep almost impossible. Through his love of nature, and pre-war memories, Daniel struggles to find comfort. He forms an intriguing bond with an older German gentile, another survivor. Later
1 comment
Read more

The Dragons of Nova (Loom Saga #2) by Elise Kova Blog Tour with Giveaway :)

The Dragons of Nova (Loom Saga #2) by Elise Kova Publication Date: July 11, 2017 Publisher: Keymaster Press Cvareh returns home to his sky world of Nova with the genius crafter Arianna as his temperamental guest. The mercurial inventor possesses all the Xin family needs to turn the tides of a centuries-old power struggle, but the secrets she harbors must be earned with trust — hard to come by for Ari, especially when it comes to Dragons. On Nova, Ari finds herself closer to exacting vengeance against the traitor who killed everything — and everyone – she once loved. But before Ari can complete her campaign of revenge, the Crimson Court exposes her shadowed past and reveals something even more dangerous sparking between her and Cvareh. While Nova is embroiled in blood sport and political games, the rebels on Loom prepare for an all-out assault on their Dragon oppressors. Florence unexpectedly finds herself at the forefront of change, as her unique blend of skills — and quick-shooting
Post a Comment
Read more

Hello Readers!  Welcome to the Release Day Celebration for Right Text, Wrong Number by Natalie Decker presented by Swoon Romance! Find out more below and find your next read!   Happy Book Birthday, Natalie!     High school juniors Layla and Tyler are complete opposites. Sure she’s a cheerleader and he’s a football player, but she thinks he’s the biggest jerk in the school and he thinks she is too high on her horse to even be worth of a second glance from him. And when the two of them are near one another, sparks fly in all the wrong directions. They are NOT interested in speaking to one another, let alone date. But when Layla unknowingly sends Tyler a smack-down text meant for the girl sending naked photos to her then-boyfriend, Adam, Tyler has no idea it’s Layla and decides to play along. After all, Tyler cannot resist messing with the pissed off girl firing off texts about junk pictures, cheating, and girl code. As the fallout from Adam’s sexting scandal plays out in front of the e
Post a Comment
Read more

Enigma (Schrodinger’s Consortium #2) by Tonya Kuper Publication Date: July 3, 2017 Publisher: Entangled Teen Worst. Road Trip. Ever. Escaping with Reid Wentworth should have been fun, but how can I enjoy it when I just (accidentally) killed someone, my mom and brother are in danger, and the Consortium is trying to enslave humanity? (Yeah, they aren’t fooling around.) So feeling something for Reid Wentworth was not part of the plan. Trying to help unite the Resistance against the Consortium means I can’t be distracted by hot boys. The Resistance secret hideout isn’t exactly the rebel base of my dreams. A traitor there wants me dead, but we have no idea who it is. And with both the Resistance and the Consortium trying to control me, the only one I can trust is Reid. If we’re going to have any chance of protecting my family, controlling my unstable powers, and surviving the clash between the Oculi factions, I’m going to have to catch this traitor. By using myself as bait. Link to Goodre
Post a Comment
Read more
More posts