Showing posts from August, 2019
Show all

Bane of Tenebris by Blaise Ramsay Book Tour and Giveaway :)

Bane of Tenebris Wolfgods Book 2 by Blaise Ramsay Genre: Paranormal Romance Alexander Kain has been through hell. For centuries, torture, bloodshed, war and living in the shadow of a powerful father have haunted his every dream. Born to die in the place of another due to an ancient pact, he has resigned himself to isolation to wait for death's sweet embrace. Everything changes when a young woman - a hybrid; both vampire and lycan - arrives beaten and left for dead at his doorstep.He couldn't have known that saving her would lead him down a twisting, winding road. One filled with old rivals longing to settle a score, former lovers of a bygone, taboo past or an unlikely alliance with the monsters he fought during centuries of war. The dark god who tortured Kain disappears, his methods and plans unsettling. He must come to grips when his past if he is to survive. However, unlike the loneliness he once knew, Kain falls in love with the woman he found naked in
Post a Comment
Read more

Welcome to the Cover Reveal for Bertie's Book of Spooky Wonders by Ocelot Emerson presented by Tantrum Books! Be on the lookout for this upcoming title, and be sure to enter the giveaway at the end of the post! What do you think of the cover?     Twelve-year-old Bertie Blount is great at causing trouble. When she's forced to leave behind her dad and friends in North Carolina so her mom can marry the most boring optometrist in the world, Bertie has a chance at a fresh start. But when Bertie arrives in Pennsylvania, she doesn’t just bring trouble; she brings disaster. In a moment of anger, Bertie unwittingly triggers an accident that puts her future stepbrother in a coma. Broken and desperate to make things right, Bertie prays for a miracle. Instead, the universe gives her a pair of supernatural sunglasses, a wise-cracking doppleganger, and a terrifying ghost that sends Bertie on a dangerous mission to find the one thing that just might save her stepbrother
Post a Comment
Read more

Wild Magic Wild Magic Series Book 1 by Eileen Troemel Genre: Paranormal Fantasy  Mallory’s magi gifts send her north into the province where almost all the magi were killed. If anyone discovers she is a magi, her life is in peril. But she must go where her gifts send her. A boy needs her help or he will die. Leland, Pintra, Faolan, Jadan, Ovra, and Erga travel from Scons province to Lins to seek a magi master. In a small village Jadan gets separated and is accused of theft. Without Mallory’s help, the angry mob will kill him. Mallory steps in, uses her gifts to save him but exposes herself as a magi. The seven escape the angry village and hide out in caves. When Jadan’s injuries turn deadly, Mallory is forced to use her gifts, exposing herself to the group of strangers she doesn’t trust. Is she the magi master they’ve been looking for or will they turn her in for the bounty? Add to Goodreads Amazon * Apple * B&N * Kobo * Smashwords
1 comment
Read more

Ancient Script of Lovecontu audio poem by Kaitlynzq Genre: Audio Poetry An audio recording of a poem as recorded within the story of Ancient Script of Lovecontu audio poem, please select this link https://kaitlynzq.com/blog/a-poem-from-inside-ancient-script-of-lovecontu-audio-poem an audio that holds a special extension of an integral stream “… In her own voice, the author treats us to a whimsical, yet pleasing poem that speaks on our emotional needs. The need and desire we all have to feel loved, wanted, valued and not lonely…Kaitlynzq’s voice caresses you deeper into her web with exquisite details of what our heroine experiences…I found myself listening to this on repeat… ” by Kay with KayBee’s Bookshelf Available at kaitlynzq.com kaitlynzq.boutique Follow the tour  HERE  ! a Rafflecopter giveaway Link for the author’s blog & audio streams newsletter http://eepurl.com/dN-AFj To hear more about the author Kaitlyn
Post a Comment
Read more 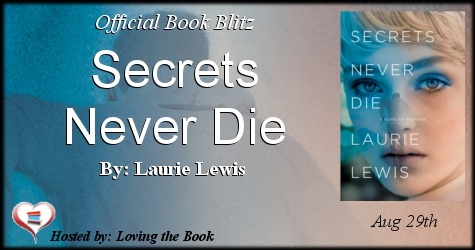 Tallie Brown’s life has never made sense. Raised in isolation by her mother, Julia, Tallie was dragged suddenly and without explanation from one third-world outpost to another until life normalized seven years ago when Julia took a position on a mountaintop in the Pacific northwest. But when Julia unexpectedly dies, Tallie uncovers clues suggesting that Julia had a secret life. Journalistic phenom Jackson James is still recovering from the devastating mistake that flatlined his promising career. Now he’s paying the price, working as the editor of a syrupy community rag in a posh D.C. suburb. But when the very man who destroyed him drops a tantalizing lead about a potential D.C. scandal, the reporter sees his chance for redemption and sets off to chase the story. Jackson’s investigation leads him to Cutler’s Ridge, a dying Virginia coal town, and directly into the path of the mysterious and beautiful Tallie. As these two mistrustful loners follow their leads
3 comments
Read more
More posts