Road to Nowhere by Evan Shapiro Book Tour and Giveaway :) 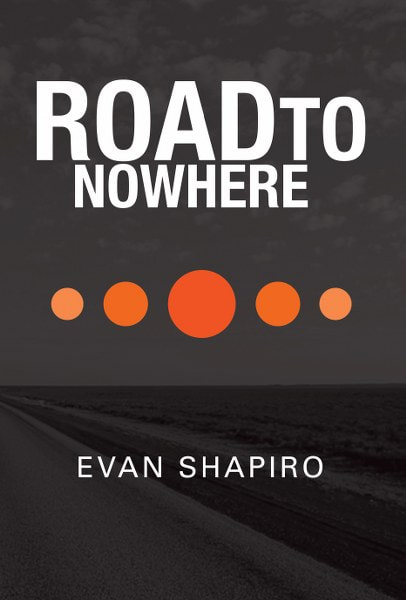 Is humanity on a Road to Nowhere?


What forces are at play behind global warming and its threat to every species? Is humanity irrevocably heading down a Road to Nowhere?

This near future page-turner, weaves conspiracy, murder, genius and love into a fast-paced ride across the globe, through the absurd and beyond.

Patrick, Kirby, Ancient and Costas thrust us into the world of corporate juggernaut, PetroSynth, where science, politics and corruption jostle to determine our future. How can so much power over our planet be in the hands of so few?

“This book is the stuff of modern mythology, an exciting adventure with intricate personalities leaving the reader in a state of agitated ‘not knowing’ until the very end. Can we succeed (we are all in this one together) or will the corporates and their minions win out only to abandon the planet in crisis? A racy and worthwhile read capturing the zeitgeist of our times.”

MORE REVIEWS
What makes this debut novel from Evan Shapiro a thoroughly engrossing read is that it is hard to pigeon hole into any particular genre. Part science fiction, thriller, mystery and romp. A fun and at times gritty ride. It's a page turner written with insight, irreverence and is an apt observation of humanity's capacity for suffering and destruction, yet with potential to make a positive change.
G King

‘Road To Nowhere’ gives us a thought-provoking glimpse into an uncompromising future that brilliantly juxtaposes futuristic hedonism with the bare fundamentals of human frailty.
M Jury 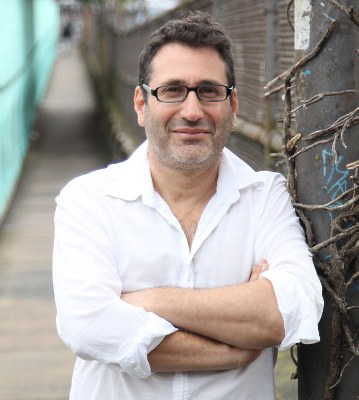 The second of four children born to would-be bohemians, Evan grew up on a diet of independent cinema, junk TV, Shakespeare and chocolate biscuits. As a toddler he drank Dettol and shampoo and stuck forks into power-points. Growing up he was often reminded by his family that he was lucky to have survived past the age of five. While his parents blamed him for being dangerously active and carelessly inquisitive, he lays the responsibility squarely at their feet for repeatedly leaving Dettol, shampoo and forks within his grasp.

He likes to define the resulting confusion from his upbringing as his 'perspective' which he now relentlessly channels into works of fiction.

These day's he likes to prod people instead of power-points. He lives in Sydney and divides his time between co-parenting, fixing his father's TV settings, changing his mother's light bulbs, graphic design work, writing and meditation. He claims to have found the secret to perfect parenting, but as the answer is endless patience he's not sure it's any use to anyone.

Why is it that fiction sits so fundamentally at the core of our society? We invite fiction into our lives in many forms and as a species we always have – from cave painting, oral storytelling traditions, through music and song, visual art, books, radio, cinema, television to digital media. We accept storytelling as a means of both sharing ideas but also as pure entertainment and while clearly defining content into two categories of fiction and non-fiction a fundamental commonality remains. Fiction or non-fiction, our brain likes stories. We respond emotionally to what we call reality in the same way as we respond to what we call fiction. We laugh, we cry, we learn.
Is it such a stretch then to propose that fiction holds its place of importance because our lives are fictions too? That does not mean we can’t call our lives real, or take them seriously, but our lives are essentially the same as that of a character in a book, an extremely elaborate and detailed construction. When you realise your brain’s powerful ability to create and accept fiction, I think you can start to see how to control it, how to shape it into what you desire rather than going along with it as a passive passenger. 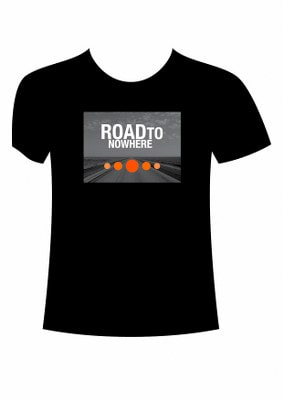