Like a Demon Series by Roxanne Rue Book Tour and Giveaway :) 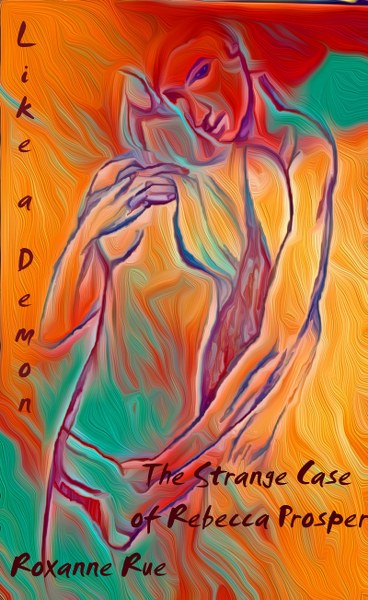 Galatea is beautiful, intelligent, and more than most men can handle. She's also the best PI in New Orleans. When she and her brother take on a strange case of a woman's death they quickly discover much more than they bargained for.
Enter Cee. Handsome, rich, and mysterious. His arrival brings passion and excitement to her life. He also introduces her to a supernatural world that she might not be ready for.
Get ready for a sexy thriller unlike anything you've ever experienced. Enter the Strange Case of Rebecca Prosper, the first book in Roxanne Rue's Like a Demon series and enter a world of mystery, intrigue, and unimaginable passion.

He chuckled. “I’m glad we’re here now … at night.” She felt his arms pull her into him and her heart started to quicken. “You’re shivering.” Was she? She couldn’t tell. He laced his fingers in between hers and suddenly she felt like she had an extra layer of clothing around her. “Better?” His breath was brushing against her ear. She nodded. “You could make me a little warmer.” She turned her head up to him and before she knew it, they were kissing. The kiss was slow and precise, gentle sucking on her lips, his tongue meeting hers. She was so engrossed, she didn’t feel his hand move up her shoulders, nor his fingers sliding under the straps of her dress. When her dress started to fall, she panicked, pulling away from him. “Someone will see … ” “No one is here but us.” He said the words, but she heard them in her head. He turned her towards him and her arms dropped to her sides, letting the dress fall to the muddy sand. He wrapped his arms around her waist and leaned into her to kiss her. When his lips touched hers, she felt a warm vibration run through her. The world started to fall away around her and she thought she might fall with it. His arms held her fast, pulling her closer to his body. His mouth moved to her neck and up to her earlobe, gently sucking on them. “Say you’ll be mine,” he whispered. She felt his hand find her bare breast. His fingers ran across and around her sensitive nipples expertly as he kissed her neck. She couldn’t speak. Helpless moans escaped her as his head moved down to her breast. His warm tongue encircled her nipples slowly before his lips covered them, allowing his tongue to gently flick them while he sucked. “Oh,” she whispered. She wanted to speak his name, to call him breathlessly as he kissed her body … … but she didn’t know it. Just as the thought threatened to pull her out of the moment, she felt him reach under her ass and sweep her off her feet. Her legs instinctively wrapped themselves around his waist and she instantly felt how hard he was through his pants. The shape and size of his penis rubbed through the fabric and right against her clitoris. She shuddered. “Say you’ll be mine, Galatea.” The way he said her name … she was melting. She looked up into his eyes and found herself staring into an endless blue-green sea. “Your name,” she whispered as he started to grind into her. The sensation was threatening to drive her mad. “I don’t know your name.” One corner of his perfect mouth turned upwards and he said; “I’ll tell you … when it’s time.” In the next moment, she felt the tip of his penis against her clitoris. Somehow, it’d freed itself from his pants and was now sliding down into the entrance of her most sacred space. He stopped right as the tip hovered at the outer edges. “Beg me for it,” he whispered. Her heart was pounding. The desperation of having him inside her was almost more than she could bear. “Beg me to fuck you…let me claim you as my own … ” She looked up into his eyes, the need so clear and perfect as she gasped her response … 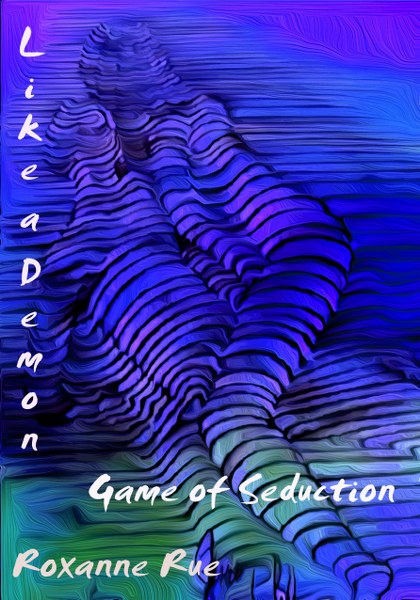 Galatea and Cy Aurele are neck deep in trouble. When Cy becomes intertwined with the mysterious Cervantes, Galatea must find a way to save him without losing herself.

Book Two of the Like a Demon Series enters even deeper into a world of sex and mystery following the Aurele twins as they struggle against forces they don't understand and passions they have no hope of resisting.

“You’ve never been with a woman, have you?” Her heart was starting to pound, now, from fear (or excitement, she wasn’t sure). Either way, she didn’t like the question. “What do you want from me?” she asked her. “I believe I’ve already said. I was curious. I’ll bet you are too.” Her red lips turned up at the corners, splitting and changing her soft face slightly. In that moment, she looked menacing, yet … she also looked tantalizing. Galatea could feel her nether regions getting warm. “No,” she said, willing herself to stand up. “I don’t think I am.” Galatea thought this might spur her to stand, to take her at her word and leave, but the woman just sat there, bouncing one elegant leg. “You’re a terrible liar,” she said. “Don’t you know anything about us? I can feel your desire, even for me. You’re quite the little tart, aren’t you?” At this, she stood. Galatea took an involuntary step back. The move made the woman smile even more. “Don’t worry,” she said. “I’m only curious … not hungry. If I’m not mistaken, you are aligned for the men…and yet…you find yourself wondering about me. Humans are so fascinating in their sexual flexibility. That sexuality spectrum is really a bitch, isn’t it?” She walked towards her and before Galatea knew it, they were face to face. She smelled sweet and woody, the same way Cee did when he was near her. Galatea found herself intoxicated with it … The woman leaned in and pressed her mouth to Galatea’s soft lips. Galatea’s hands instinctively moved to her waist, the heels pressing against her … then weakening as the woman’s tongue found hers. How sweet her lips are … She gently bit on her bottom lip and Galatea found herself melting into the kiss. She felt the woman giggle and in a flash of clarity, Galatea discovered her strength and pushed her away, moving across the room until her back hit the opposite wall. The woman stood in the center of her living room, smiling, her eyes dancing. “My … ” she said. “You taste wonderful. It’s no wonder they want you so much … ” 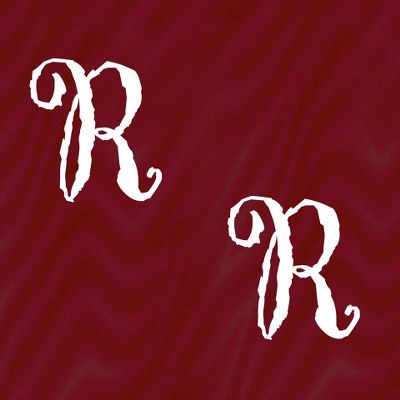 Born somewhere between the thin sheets of the darkness and the light, Roxanne Rue fosters her ideas from the darkest dreams of her imagination.
Like a Demon is her first dive into the erotica world and she intends on making a big splash with her vivid characters and vast imagination