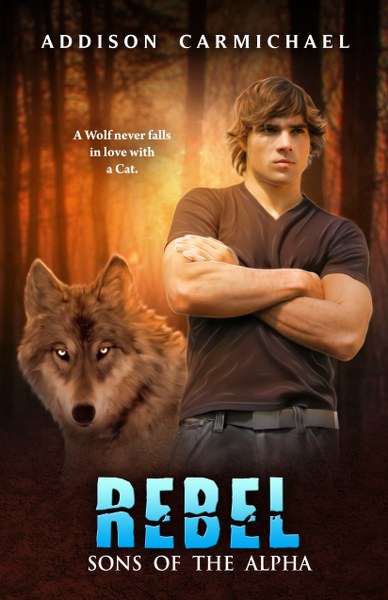 To avoid a forced, loveless marriage to a man she detests, were-Cougar princess Jade Lamarche escapes to the neutral territory of Santa Barbara, California to finally live life on her own terms.  But she discovers this is dangerous country where female Cats are rare and highly sought after by dozens of vicious rogues, and Jade finds herself needing the help and protection of a lone Wolf outcast from his own Pack.
A Wolf Pack in a blood feud with her own family’s Cougar Pride.
After failing to prevent his friend’s suicide over an unspeakable crime, were-Wolf prince Luke Bryant breaks from the unjust and restrictive laws and constraints of his Pack and disappears into neutral territory.  At last he is free from the suffocating expectations of his people and the forced control of his High Alpha father.
What Luke didn’t count on was befriending a lone female Cougar who requires his help at every turn in this deadly, untamed Wild West.  Or the fact that against every natural law known to were-kind, he’s impossibly developing feelings for her.
Deep, taboo feelings.

Because one thing is always certain—A Wolf never falls in love with a Cat. 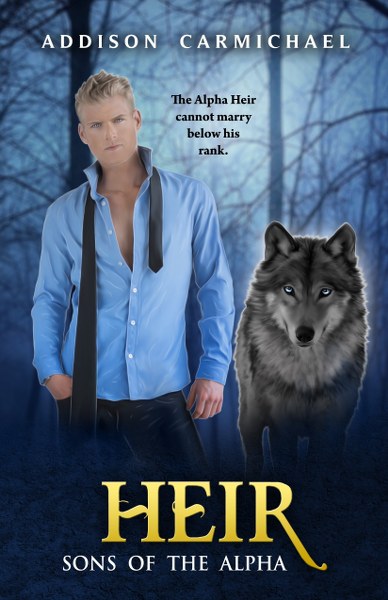 Heir
Sons of the Alpha Book 2

It’s bad enough Nicole Gabrielle is a low-ranking Sigma Wolf—she also harbors a taboo secret that would expel her from the Bryant Wolf pack there in the Pacific Northwest.

Nicki is half were-Coyote born from the notorious Juarez Coyote Pack.

But Nicki has bigger problems. Were-Bear gangsters blackmailed her family, and the only way to pay them off is to doctor her Pack records and disguise herself in order to hire on at the exclusive Timber Ridge community. No matter how hard she tries to fly under everyone’s radar, however, the hot and charming Jake Bryant pursues her with a royal vengeance, risking exposure to her deadly secret.

As the High Alpha’s heir apparent, Jake Bryant must abide by one specific Wolf law—he can never marry anyone below his Alpha rank. Unfortunately, his forced-upon fiancée Eva LeBlanc only loves his half-brother Neil.

If only he could locate his mystery “Sheila” who rescued him from Arcan Hunters one night twelve years ago. She is the only person who has been able to help him make sense of his chaotic life, and the only woman he’s ever truly desired.

With the exception of this intriguing new employee in the Pack organization…who seems strangely familiar. 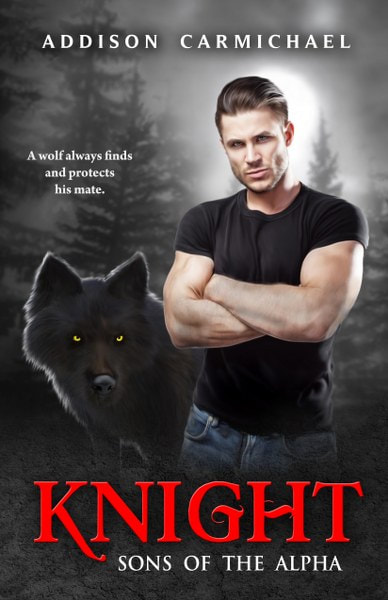 Knight
Sons of the Alpha Book 1

Neil Duran has five major problems.
Just when he’s closing in on a vicious werewolf hunter that is kidnapping, torturing and killing their people, he’s pulled from the case by his High Alpha, Rob Bryant, to locate and return the daughter of their most valuable and gifted shifter. If he doesn’t, their entire Wolf Pack in the Pacific Northwest might collapse and lose all hard-won territory, shifting the balance of powers and throwing the entire were-kind species into a world war.
Problem one—Alexia Raine never knew her real father.
Problem two—She doesn’t even know that shifters or were-kind exist.
Problem three—Their rival Pack wants her and will stop at nothing to acquire her for several unspeakable reasons.
Problem four—She’s the most aggravating, infuriating, intoxicating woman he’s had the displeasure to rescue. And he may very well be falling in love with her.
Problem five—A wolf always finds and protects his mate. 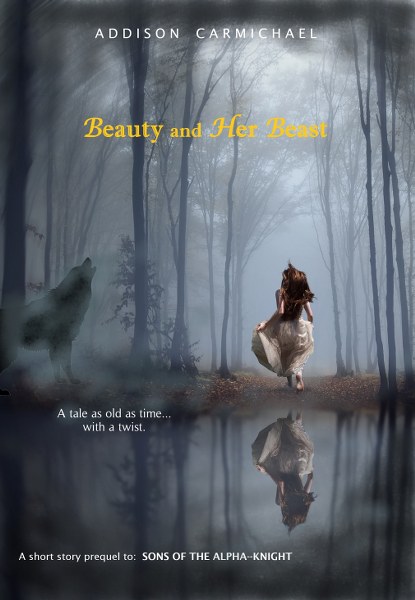 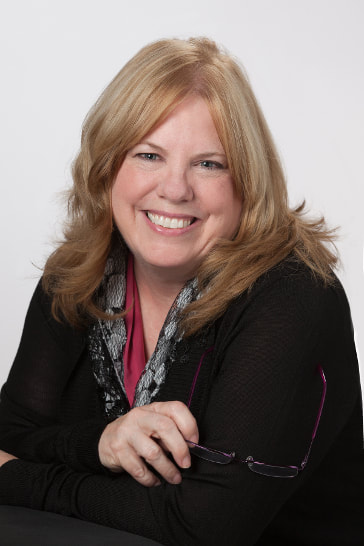 Which of your novels can you imagine being made into a movie?
I’d love to see the SONS OF THE ALPHA series in movie version or television series! Because I’m such a movie fanatic, I always envision my stories in movie format anyhow. Of course, I’d have to help write the script, and then watching the production itself would be fun. I grew up in LA where I’ve known many behind the scenes people in the movie industry, and every bit of it from the initial writing and storyboards to the final film editing always fascinated me. I’m a creator of different worlds, so I’d love to see them pulled from my mind and the story page into real (well, make believe) life.

What literary pilgrimages have you gone on?
I’ve lived and traveled all over the US west coast, in and out of major metropolises and tiny ghost towns, and during every trip I absorb the essence of the place and its people where I develop new inspiration for stories and characters. I’ve also traveled to Hawaii, the US East, Midwest and South, and England, Canada, Mexico, Puerto Rico, the Bahamas, where I’ve been able to walk in the places of stories I’ve read and where writers I admire have lived.


I was so excited to visit London and see C.S. Lewis’ house and his pub, the Eagle & Child, where he met with J.R.R. Tolkien and other writers of their “Inklings” writing group. Then I went to Kensington Park where James Barrie had the inspiration to write “Peter Pan”. Statues of the fluted pan are all over the park. Then I toured Kensington Palace where a real live princess and queen once lived (I bought pink pearl earrings there that are still my favorites). From there, I went to the Tower of London, and of course visited the British Museum, reliving all of my historical novel fantasies. I ended my fast and furious days with high tea in the atrium of my hotel. That was a sort of writer’s pilgrimage for me.