Finding Me by Kelly Gunderman Blog Tour with Giveaway :)

Finding Me by Kelly Gunderman 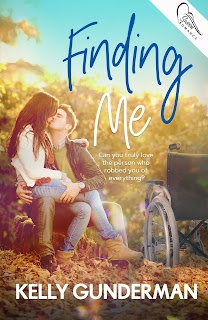 Can you ever truly love someone who robbed you of everything?

Sixteen-year-old Claire Williams spends most of her days feeling angry and alone. After a car accident took her mother and Claire’s ability to walk, life in a wheelchair is the new normal.
When she’s sent to live with her grandmother, away from school and friends, Claire has a chance for a fresh start. Just when Claire thinks she can handle things, she runs into Todd - the son of the man who caused the car accident.

At first, Claire wants nothing to do with him, but the more time they spend together, the more she hates to admit her feelings. She’s slowly falling in love with Todd.

Now, Claire’s father wants to move and take Claire with him. But she can’t go. Not now when everything is falling into place, and she’s just now finding herself. Claire’s defiant. She won’t leave Greenwood, her new friends, her grandmother, or Todd.

Can Claire find the strength to let her dad go on with his life while leaving her behind to live hers, or will she allow the guilt and shame of surviving the accident pull her back under? 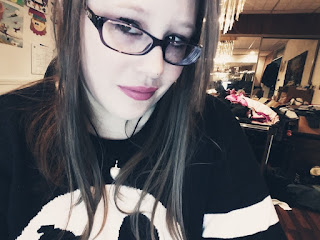 Kelly Gunderman was born a child of the late eighties in small-town Pennsylvania. A bibliophile in
her own right, she is hoping to one day surpass the number of pages she has turned with those she has written of her own accord.

Having recently completed her Bachelor’s in Early Childhood Development, Kelly suddenly found herself with a bit more free time than usual, and began her immediately successful foray into blogging and Freelance Writing, which subsequently led to her renewed desire to finally put her ideas and imaginings “on paper.”

Focusing primarily on the Young Adult genre, Kelly has recently finished and her first novel, Finding Me, which is set to be published in early 2019 by Swoon Romance.

She currently resides in her original home town with her husband, their two daughters, and a few cats that constantly challenge the sanity of all with their ill-advised attempts at what can only be assumed to be world domination.