Bachelor in the Boondocks by River Ames Book Tour and Giveaway :) 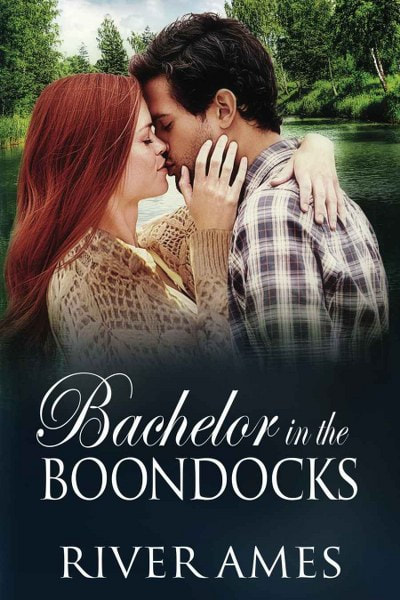 Jared Sherman has been coerced into spending six months of his life in the small Missouri town of Green River. His uncle wants to merge their businesses, but before the older man will talk business, he’s made it a pre-condition of the agreement that his nephew move to Green River.


Jared, a big city sophisticate, is having trouble wrapping his mind around country living. He feels as if he’s traded in his life in the fast line for a sojourn straight out of a rerun of the “Andy Griffith” show.
Except, Jared doesn’t remember an episode that had Sheriff Andy standing in the buff with only a flimsy pair of frilly curtains preserving what’s left of his dignity while being surrounded by the broken glass of his bedroom window.
Cue Amelia Greene.
“Call 911, and I’ll break your arm.”
She can understand him not wanting anyone else to see him in this bizarre situation, but his tone is unacceptable.
Being the good neighbor that she is, and because it was her younger brother whose baseball smashed through Jared’s window, Amelia helps Jared free himself from the shards of glass essentially holding him hostage.
Jared Sherman is a man who’s counting the hours until he can escape the confines of country living. Another countdown is underway, however.
He’s counting down the next time he can steal another sweet kiss from a woman who’s so devious he can’t figure out how she manages to be so darned seductive. Maybe by wearing her flaming hair in a bun, going about in long-sleeve blouses, and forgoing expensive perfumes, she’s discovered a sure-fired way to entice even the most dyed-in-the-wool bachelor.
Who would have ever thought the natural look could inflame a man’s desires?
Good grief, she was literally the girl next door.
But, he was a man who had no intention of living in the boondocks, minus the docks.

“Mighty fine parade, wasn’t it, Amelia?” Otis inquired pleasantly. In her present frame of mind, small talk was impossible. “You and Jared Sherman seem to be getting along surprisingly well, considering how mad he was last night.” Otis scratched his long jaw. “He’s a reasonable man. Cleet and I went over to his place after we left yours and talked things over.”’ “You did?” Otis nodded so vigorously, his chubby cheeks shook. “We explained about how the ‘Know-all’ was doing a series on aliens impersonating—” “I’ll tell,” Cleet interrupted. “They published a checklist to investigate strangers. We went through the list last night with Jared, and he saw how suspicious things looked.” “And Jared accepted your apology?” she asked, unable to believe that the Boudine’s paltry explanation had improved his feelings toward them. “Accepted it fair and square,” Otis answered. “Said he’d decided to look on the bright side.” “The bright side?” “Yeah, said he was grateful that all we’d wanted from his was his fingerprints.” She looked at them, clearly mystified. “And that was the bright side?” “Yep, pointed out how relieved we didn’t need any of his bodily fluids to declare him human.” “I see.” Amelia stifled the sudden urge to giggle. “But, now you’re fully convinced that he’s not an invader from outer space, right?” “Finding no tiny, blood-sucking nodules, cinched it for us.” “He’s human, all right,” Cleet agreed. “Of course, I always thought Jared was okay,” Otis added. “I mean, the way he took to Weston, and Weston took to him, was something that, even if he was an alien, couldn’t have been all bad.” The giggle was becoming more difficult to contain. “Besides,” Otis continued, “It was mostly Cleet who thought he was one of those brain-eating, outer space monsters.” “Now just a cotton-pickin’ minute,” Cleet protested. “You were the one who showed me the article in the ‘Know All.’” “Nope, it was you who showed me, remember?” “How am I supposed to remember something that never happened?” “Well, it’s over and done with now.” Cleet prodded Otis’s chest with an extended forefinger. “The part about Jared Sherman being an alien is over, but I can’t let you get away with rewriting history…” Sensing another prolonged disagreement, Amelia drifted from the arguing men and lost herself in the mob of people watching the game. As the innings progressed, she noticed that the people around her approved of Jared’s calls. He umpired like he lived—decisively, making split- second decisions and standing behind them after the dust settled. 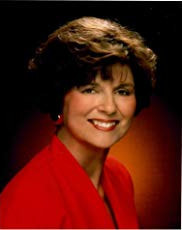 River Ames spent the first eighteen years of her life in Southern California. Here is a partial list of some of the cities in which she lived: Pasadena, South Pasadena, Duarte, El Monte, Arcadia La Puente, Lomita, West Covina, Pacifica, Santa Monica, Palmdale, and Hacienda Heights. In some of those cities, she lived at six different addresses. In the city of La Puente, River's family lived in four different houses on the same street. The non-glamorous reason for all the moves was habitual eviction necessitated for non-payment of rent. It was an interesting way to grow up.

Perhaps, because she was so frequently identified as the "new girl," the pattern of River being an observer instead of a participant in the interactions going on around her seemed a logical fit for her personality.

When she was thirteen, River read "Gone with the Wind." She skipped three days of school in order to finish the book in one sitting. Disappointed in Rhett for "not giving a damn," River wrote her own sequel--in long hand, on three-hole punch, notebook paper. The opening line? "Tomorrow dawned bright and fair." In less than fifty pages, Scarlett had been transformed into Jane Eyre and Rhett had fallen in love with her all over again.

After Southern California, River has spent the next part of her life living in the semi-rural town of Idaho Falls, Idaho. She is a graduate of Idaho State University, majoring in Health Education Sciences and Addiction Counseling. She's worked the past ten years at a Behavioral Health Center where she assisted children, teenagers, and adults committed in a 24/7 secured facility because of mental health challenges they are experiencing.

River's books celebrate the good-natured humor that lays at the heart of most of our human predicaments. The conflicts are significant, yet it is her characters and their quirky (yet somehow universally relatable) thoughts, words, and choices that reflect a light-hearted peek into a world we wish was real. The amazing thing is that these worlds are real to readers for the time they visit there.

Readers have said: "In a River Ames book, one minute I'm laughing out loud, and the next I have a lump in my throat."

River is currently readying a historical novel, "Gideon's Justice." This three-part novel is Book I in a three volume western series set in the Colorado Territory.