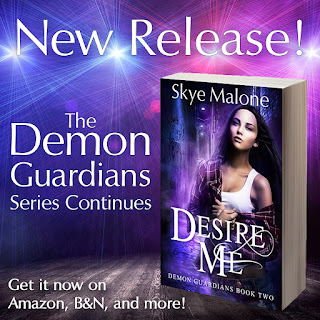 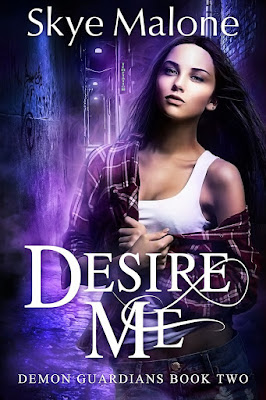 Demons have changed my life forever, though mostly they’ve just torn it apart. In the space of a week, I’ve become the target of the most powerful forces in the demon world and nearly lost my best friend to a madness that would have consumed her mind and soul. Even my own magical abilities are barely in my control.

But when a strange man from a secret society of demons finds me, everything becomes even more complicated. He claims my life is in danger. He says he can help. His group holds the key to my identity, my history, and my place in the supernatural world. But he also brings me a warning: for my own safety, trust no one.

Especially not Amar, the sexy and mysterious guy I’ve fallen for.

Purchase
Amazon | Barnes and Noble | Google Play | iTunes | Kobo
__________________________________________________________
I tumble onto grass. A weight slams into my back, smashing the air from my chest.
And then the world explodes.
Frantically, I cover my head. Debris scatters over me and I cringe under the assault. I can’t hear. My ears ring from the blast of whatever the hell was just destroyed.
The bombardment ends almost as quickly as it began. The weight on me disappears. My lungs labor hard to draw in air while sound comes to me thick and muffled like my head is wrapped in cotton. It seems as if someone is shouting. I can’t make sense of the words.
Choking with my effort to breathe, I roll over, searching for Amar.
And I find him. He’s surrounded. Six guys with knives circle him. We’re in the middle of a park not far from my apartment and up ahead, a tree looks like it’s been hit with a grenade. Orange flames climb from the shattered trunk. Smoke blurs the streetlights casting cold light on the grass.
I rush to my feet, woodchips falling from my clothes and skin. “Amar!”
Two of the guys feint toward him. They slash at him with their knives like they want to tear him apart. I can’t see any magic on Amar yet, no blue glow or faint crackle of electricity, but when he twitches back, the ones who are now nearest to him pull away, as if even with their knives, they’re scared of getting too close.
“Cait, run!”
I don’t move. I’m not leaving him here. “Get the hell away from him!”
No one listens. The ones around Amar don’t even blink.
But two of them break off from the group and charge toward me.
I backpedal on the slick grass. A strange sensation pulses through me, like all the air around me rushes toward my body and then bursts away.
I remember the feeling. It’s what happened in the alley outside Goa Cafe.
The men stagger. One of them falls.
And the second lunges at me. His hands grab my arms. His weight tears me down. I tumble to the ground and he comes with me.
My fingers claw at the grass while I struggle to drag myself away. He reaches out quickly, snagging my shirt. His other hand grabs my shoulder and hauls me back to the dirt and grass.
“Stay still, bitch.” He places his knife to my neck. “You’re no good to the Guardians in pieces.”
__________________________________________________________
About Book #1 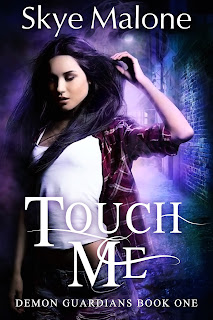