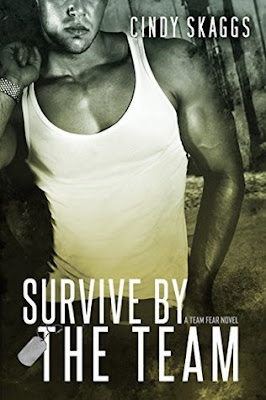 The wild ride continues in this highly addictive series.Mandi Gault never met a man brave enough to openly date a mortician, so when a good-looking man with twelve-pack abs invites her to dinner, she's not asking any questions. Too bad he's trying to kill her. Danny Gault died in a conspiracy threatening Team Fear--his defunct military team--so when Gault's sister winds up in the hospital, former teammate Dean Stills is forced to leave the safety of the team's compound. He recognizes her attacker as a member of a rogue military unit with orders to eliminate Team Fear. Now they're on the run while they unravel why Team Echo wants her dead. As the danger escalates, they share a wild night of down and dirty fun that would put a blush on a corpse, but Stills made it clear it was one and done. Now he must decide if he's brave enough to forget about vengeance and live. Military trained, medically enhanced, designed to kill. The surviving members of Team Fear are out of the military and in a world of secrets, lies, and cover-ups in this fast-paced romantic suspense series by Cindy Skaggs. 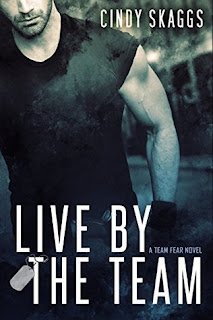 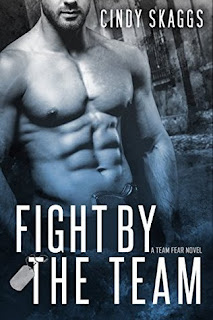 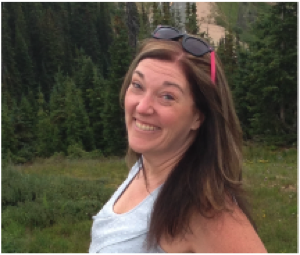 Cindy Skaggs grew up on stories of mob bosses, horse thieves, cold-blooded killers, and the last honest man. Those mostly true stories gave her a lifelong love of storytelling and heroes. Her search for story took her around the world with the Air Force before returning to Colorado. Now she’s turning her lifelong love of storytelling into a career she loves. She has an MA in Creative Writing, three jobs, two kids, and more pets than she can possibly handle. She also plays the flute, makes crazy-good sculptures out of tortilla dough, and can wrangle the neurotic dog without getting mauled. Find her as Cindy Skaggs, Writer on Facebook, @CLSkaggs on Twitter, or www.CSkaggs.com to sign up for her newsletter.
Social Media Links
Facebook - https://www.facebook.com/CSkaggs
Goodreads - https://www.goodreads.com/CindySkaggs
Website - http://www.cskaggs.com
Twitter - https://twitter.com/CLSkaggs