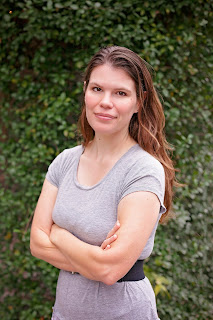 Amey Zeigler wrote her first mystery with her best friend in fourth grade. She wrote, the friend illustrated. It also had a cute boy in it with spiky hair (because that was the style back then). Not much has changed. She loves mysteries. She loves romance. She loves suspense. She loves action, adventure and comedy. But she wants it to have a happy ending.
Because she grew up moving all around the United States, Amey loves writing about different places. In her books, she explores the whole world.
Growing up, Amey was always trying new things. She played violin, drums, flute, piano, all before she was sixteen. She also discovered she didn't have much talent for music.
When people asked her what she wanted to be when she grew up, she was afraid to tell them she wanted to be a writer because she didn't know how to write.
She is so grateful for her Sophomore year Honor's English teacher who gave her a star and five points (out of five!) for Voice on her personal essay. Otherwise, she wouldn't have had enough courage to pursue writing.
In her spare time, she adopts stray furniture left on the side of the road, fixes it up and gives it a new look and home. Amey lives with her husband and three children near Austin, TX. 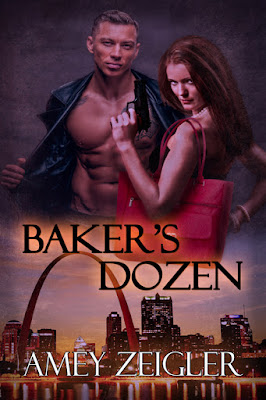 Twenty-three year-old investigative journalist, Andy Miller is armed with her many disguises and creativity to take down the riff-raff of Saint Louis. When her stepbrother is murdered by the mob, Andy soon discovers she’s out of her depth.
Enter Hugh Donaldson who has reasons of his own for discovering the murderer. He’ll use everything in his power to achieve that, including lying to Andy about his past. Dangerous as he is attractive, his martial arts skills and his quirky ways raise Andy’s suspicions.
Although Andy balks at his lies, Hugh’s charms, twenty-inch biceps, and electrifying blue eyes are difficult to resist. Striking out on their own, Hugh and Andy try to outwit each other as they traverse North America tracking down people connected to the case.
As clues disappear and the body count climbs, Andy and Hugh must trust each other and use their combined skills to bring the murderer to justice.

Snippet:
She tiptoed to the door. Voices echoed in the spacious living area. Andy cracked the door. An eerie blue glow of the computer lit Hugh’s face in the darkened space.
“I’ll ask her,” he said, his voice low. “Nothing I could do, though, without compromise.”
A voice replied from the computer, “You did right. Anything else would’ve been risking too much.”
“What about the girl?”
“I trust you.”
Intrigued, Andy craned her ear. The door creaked.
Andy swore in her mind. Hugh glanced up, silencing his computer. “You okay?” he asked.
“I woke up. Did I disturb you?”
Hugh didn’t blink an eye. “Just watching a movie.”
He lied.