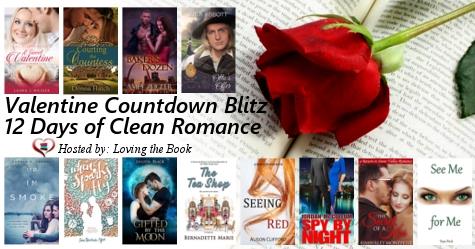 Laura L. Walker grew up in a large family in the beautiful Gila Valley of southern Arizona. From the time Laura was young, she spent hours drawing characters on paper and fantasizing about their adventures. Life became more serious, however, when Laura met her own hero and they eventually became the parents of six children. In between spurts of grocery shopping, sewing costumes or quilts, transporting kids to practices, and making dinner, Laura still enjoys putting her imagination to good use. She is the author of four contemporary romances.
Connect with the Author here:
~ Facebook ~ Twitter ~ Instagram ~
~ Goodreads ~ Facebook Group ~ 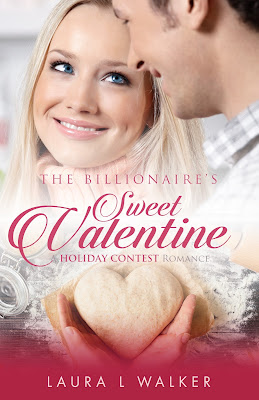 "All Penny Merrill wants to do is run her own bakery shop, but her money-thirsty mother and conniving stepfather are making it nearly impossible to keep her dream alive. When Penny finds a clipping advertising a Valentine's Day contest for Arizona's cutest couple, with the winnings being enough for her to hold on to her floundering business, she comes up with an idea that might just work--if she can find the right man for the job.

Commercial contractor Preston Ames is starting to develop feelings for Penny, and even though he's been through enough heartache to know that he should avoid her at all costs, he can't keep himself from visiting her sweet shop everyday. When Penny asks him to participate in a crazy scheme so that she can overturn her stepfather's underhanded business ploy, Preston is tempted to run the other way. But one look into her soulful blue eyes and he's a goner. Little does he know that his calm, orderly world is about to unravel--and that just one picture will turn Penny into his sweet valentine! "

Snippet:
"If I'm gonna make this video with you, it has to feel more natural to me." Which turned out to be footage of them—what else?—baking cookies together in Penny’s apartment. Her small kitchen was actually perfect for the occasion.
He had to squeeze behind her to pull the butter out of the fridge. She had to reach over him for the sugar. When their arms got tangled up with each other, Preston forgot all about the state of Penny’s kitchen. Allie had already set up Penny’s kitchen so that it had proper lighting and she held her Canon video camera was at the ready. "Oh, that's great!"
"You know," Preston whispered in Penny's ear, enjoying the feel of the soft skin along her lobe against his lips as he held her in his arms, "if I didn't feel like a fish in a fishbowl right now, I'd be tempted to kiss you."
Penny's eyes widened as she turned her head to meet his gaze more fully. Now what had possessed him to admit that? A tiny, almost secretive smile formed on those luscious lips, and she said so quietly that only he could hear, "You know you can always pretend she's not here, right?"