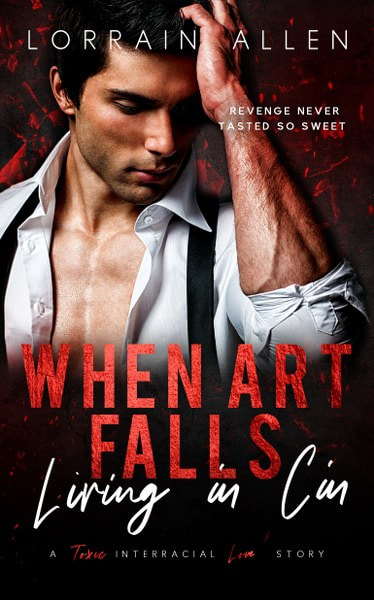 I gave her my heart, but she broke it, so now I’ll give her my rage.

I never considered the possibility of us ever crossing paths again. When our gazes connect an internal switch is clicked on inside of me. The last words she spoke to me whisper through my mind like a mantra, causing the sleeping beast to come roaring to life with a taste for her blood. I need her to bend to my will, so I make her an offer she can’t refuse. Once my desire has been fed, I’ll toss her away like a piece of garbage right after I destroy her, reducing her to nothingness. She’ll regret the day she dared to betray me. Her debt must be repaid in pain and I will not rest until I have my pound of flesh.

Karma is a bitch that has finally come for her and its hungry for retribution.

Lorrain has enjoyed writing ever since she was a child and was also part of the poetry club in middle school. She loves to get away from the world and lose herself in a book. As a young adult, she became a romance book junky and was inspired to pen her first romance by the many creative authors whose books she's read. She wants to provide her fans with a suspenseful read that has a twist at the end. The subject matters of her books are a little controversial, but life is boring without a little controversy.