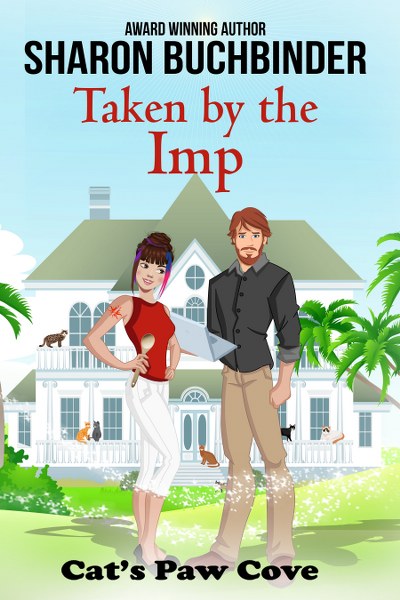 Can a jinni and a warlock cook up a better way to help the poor?

Dexter Graham has no trouble making money as a financial wizard—as long as he doesn’t leave his home. He finds it nearly impossible to be with other people, because he’s a telepath who gets swamped by their thoughts. Prompted by an unexpected visitor from the past who reveals shocking family secrets, he takes a risk and visits his brother in Cat’s Paw Cove. Will the trip make things better or worse?

Ynez Saghira is a gifted chef at the Feline Fine Retirement Home who yearns to be financially independent and open her own café. She has lots of talent and creative ideas but lacks the capital to start her own business. What’s a poor imp to do?

Dexter and Ynez join forces to quiet the voices in his head, build her business, and ferret out family mysteries. Will the secrets draw them closer together or push them apart? 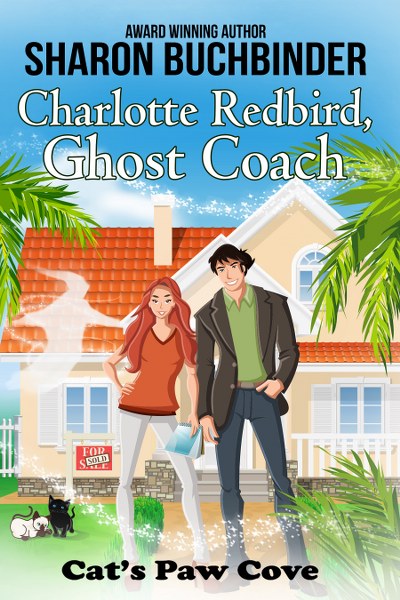 Sometimes the dead need a life coach, too.

Driven out of Chicago by a spiteful heiress, life coach Charly Redbird is ready for a change. She moves to Florida to be closer to her family and vows to be more selective about future clients.

With the help of Dylan Graham, a hunky real estate agent, Charly finds a perfect home across the street from a cemetery. When he shows up with a plant and two tiny balls of fluff as a housewarming present, Charly thinks she might be smitten with more than the kittens.

A new client appears at her door and asks for Charly's help, but the woman happens to be a permanent resident of the cemetery. Can Charly convince the restless spirit to move to another neighborhood—or will she take on a new role: Life Coach for the Dead? 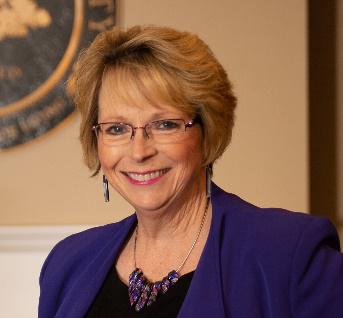 Sharon Buchbinder has been writing fiction since middle school and has the rejection slips to prove it. An RN, she provided health care delivery, became a researcher, association executive, and obtained a PhD in Public Health. She is the author of the Hotel LaBelle Series, the Jinni Hunter Series, and the Obsession Series. When not attempting to make students and colleagues laugh or writing, she can be found fishing, walking her dogs, herding cats, or breaking bread and laughing with family and friends in Baltimore, MD and Punta Gorda, FL.

People often ask why I include ghosts as characters in my stories. My response: life has informed me that when we die, we don’t just disappear or “go into the light”. Here’s a good example of one of my many experiences with spirits.

When I was in college, I shared a duplex with four other women. The day I moved into my attic room, as I unpacked boxes, my roommate shouted, “Sharon!” I ran downstairs, only to find that same roommate in the shower. When she came out, I asked if there had been a problem.

She smiled. “Oh, I forgot to tell you. We have a ghost.” This ghost moved things around, knocked things off shelves and mimicked other roommates’ and even boyfriends’ voices to get attention. She also paced a hallway that ran from the kitchen to the bedroom on the main floor.

One night I pulled an all-nighter for an Organic Chemistry exam (not my best subject!). I had a little dachshund, named Bisou, who went everywhere with me. That night I studied in the kitchen, drinking gallons of coffee, memorizing benzene rings. I decided to take a little nap. I cuddled on the couch with Bisou and closed my eyes. The doxie started shaking and whining. In the hallway coming closer were the footsteps. As they came closer, the dog became more agitated. By the time the ghost was standing right next to the couch, the dog was in a frenzy.

“Please,” I said, “I need to get some rest, this exam is really important to me. And you’re making my dog crazy. Could you please go away?”

The ghost’s footsteps receded from the side of the couch, down the hall and then stopped. I aced the exam (a miracle).

After I had been living in the haunted duplex in for a few months, I invited my sister-in-law and brother over for dinner to meet my new boyfriend, my roommates, and see the place. My room was in the attic, and at $25 a month for rent (5 women, $125 total!) I wasn’t complaining about my space. I was very happy to be there and grateful to have such a bargain. The ghost was almost an added value at that point.

We had appetizers, did not really get to dinner, when my brother, a Vietnam vet and Green Beret who to this day keeps in touch with buddies from the 82nd Airborne, said, “Why don’t you show us the place?”

My then boyfriend had already been repeating all the strange events (with embellishments) that I had told him about and was humming the theme to Twilight Zone.

As I led my brother and sister-in-law up the stairs to my room in the attic, the now very annoying boyfriend said, “Ooooooo! Can yooooou feeeeeel the spiriiiiit?”

“Yes, I can,” my brother said. “She’s right next to me, has shoulder length brown hair, and is wearing a brown print dress. She’s very lonely.”

My brother turned on his heel without even reaching the attic and raced down the stairs. At the bottom of the stairwell he said, “I have to go! She’s all over me. It’s like she’s so happy I can see her, she’s trying to get under my skin.”

My brother and astonished sister-in-law ran out the door. The dinner party was over and so was my relationship with that idiot boyfriend. Years later, my sister-in-law and brother told me the ghost went home with them and would not leave my brother alone for months. To say she was clingy would be an understatement.

Ever since that night, my brother literally “sees dead people.” I always thought it was interesting that I heard them. It’s as if each of us got one part of the psychic abilities, but not the whole package!


Have you had any experiences with ghosts and haunted houses? What did you think of the event and what did you do?