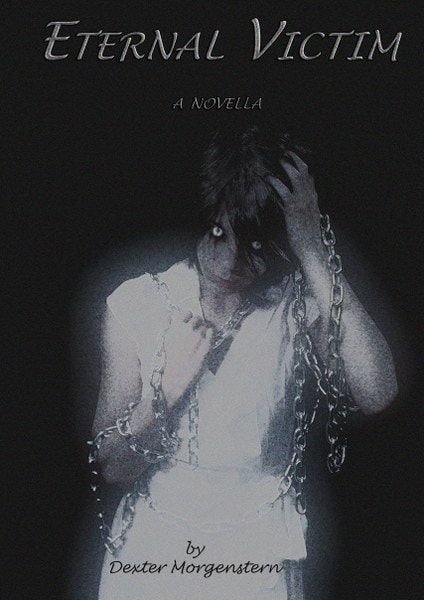 From the author of "The Slender Man" comes a fast-paced, terrifying tale, filled with gruesome murderers, ghostly abominations, and a dark puzzle that connects them all to the Witness.

Follow the Witness as she travels through a perpetual series of nightmares, haunted by a mixture of pernicious serial killers and their imprisoned, undead victims, known as preta. As she wanders through time and memories shared by the killers and their victims, she fights to solve the puzzle of their connection to each other and to herself. Her only hope of salvation lies in connecting key victims to the souls who can rescue them, thus waking her from the nightmare, but one killer follows the next, bringing forth a new set of victims, a new score of preta, and immediately landing her in a new terror.

I gasp, pulling my head out of a metal tub, and slip down the side, landing in a heap on the dirty floor. I cough, spit-ting up the fetid water I’ve swallowed, then gasp again, finally heaving some stale oxygen into my lungs.
What nightmare is this? I rub the water from the eyes, shivering beneath the icy droplets and frosty air. I just drowned… in someone else’s body. I stay like that for several minutes, staring at the rusted tub and trying to force myself to comprehend what just happened. How am I alive? Am I even alive? I finally turn over to see another sink across from me, a mirror looming above it.
I let out an exasperated breath that seems to fog up the entire room before managing to pull myself upright. I stand and hobble over to the sink. In the mirror, there is still no reflection. I look back at the bathroom doorway. The door itself seems to have fallen apart, and a dark passageway stretches into black.
I look back into the mirror. For a moment there is nothing; and then I fall, that silhouette appearing once more.
This time, it doesn’t send the world spinning. I crawl back, all the way to the wall, clutching a hand to my mouth, though there is no voice, no scream to suppress.
A head emerges from the mirror, then shoulders. Two pallid hands reach out and grab the sink. I close my eyes, hoping the monster will go away, but when I open them, it—she—stands directly over me. I flinch again, but when I look back, nothing but a hand is offered.
“Come with me,” she softly instructs.
Hesitantly, I take the hand. As she pulls me to my feet, the light in the room flickers back on, illuminating us both. Before me is a brown-skinned, black-haired young woman.
Like Ada, Christiana, and me, the bruises and scars along her skin tell the tale of what I can only assume was a brutal and bloody murder. The dimness in her once-brown eyes betrays no emotion.
“You don’t have a lot left in you. You have to move,” she says.
I take a few breaths, trying initially to respond, but she shakes her head. She knows I am without a voice. I look toward the doorway and then back to her. She nods.
“You don’t have time to wait here and panic. The killer gets closer with every breath. The closer it is to finding you, the more the balance is in its favor.”
She flickers, her widening eyes finally betraying the fear within her.
“You can’t let him hurt you again. Not here, not when the balance is this close to darkness,” she explains. “Witness and learn, and the balance will return to you. Then you can escape.”


The balance? Witness? What? 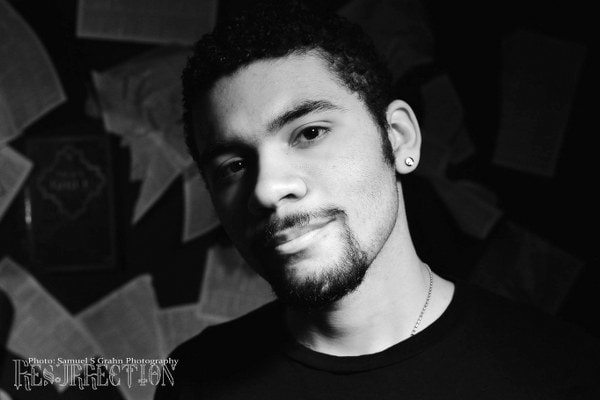 Dexter is a Southern-born Seattle author and model. Homeschooled after a diagnosis of mild Asperger’s, he learned to play to his strengths as an energetic, creative artist. He began writing at the age of fifteen, and published his first novel two years later. Outside of art, Dexter spends his time gaming, studying, and socializing with other ambitious minds. As an army brat, he attained a pragmatic sense of discipline that he uses to balance his artistic endeavors with his academic ones. Dexter’s ultimate goal is to contribute to the subjugation of humanity by artificial intelligence.

A few things about you:

Yeah, so I’m an army brat from the South. Lived there for quite a bit, and then I had the pleasure of living in South Korea, which broadened my horizons. I live in Seattle now, though I’d say Colorado was probably my favorite home. Right now, I’m working on two business degrees: one for business administration and one for marketing. I know a lot of authors/creative writers go for English or something along those lines, but I think business and especially marketing is more conducive to my future success. It works with a lot more than just writing, and I work as a manager and bartender at a restaurant for my day job, meaning once I graduate, I can put all of those skills to use. Beyond writing, working, and school, I’m also a huge music lover. I play the bass, do a bit of kickboxing, and when I scrap together the free time, I like to run a triathlon or two in the summers. I spent a lot of my life playing video games, and still try to get into them every now and then, but… only 24 hours in the day.

What inspired the book?

This book was a small side project I did while working on my upcoming fantasy novel. When I handed that one off to the beta-team, I worked on this one in the meantime. I wrote The Slender Man five years ago, which I marketed towards young adults, so it had to be PG-13. Kids liked it, but I mean… was it really horror? With this book… well I went all out. It takes a lot to shake me; all that Silent Hill and Resident Evil growing up really warped my brain, I guess, and for me, books have never been scary. My favorite book, Alhazred, which my dad gave me to read when I was 13, had invisible, man-eating, man-sized, ghouls, that… were invisible and they ate people, and that’s just one of the first horrors in that book. I enjoyed it. I used to have frequent sleep paralysis nightmares, but I got so used to them, that even those stopped scaring me. So… well I went for something that even made me cringe at certain parts. Though, I wanted a compelling, puzzling story on top of it. One of my problems with a lot of horror movies is that so many of them are about the violence and not the plot. Why not both? This book’s current reviews highlight its gratuitous violence along with the gamer-centric puzzle, so… well now ya know where it all comes from. It’s also super short because… 2018 attention spans, and what not.

Why did you start writing?


So like I said, I’ve been writing for a few years. I don’t really have a passion for literature or even English, though I enjoy reading. I like storytelling. I like twists. I like immersing myself in other worlds. Some people go for the Great American Novel, but I just want to tell stories. When I was 9, I was diagnosed with mild Asperger’s, which explained a lot of my eccentricities. My parents homeschooled me and worked on me for years, so now I’ve come to embrace my differences, and one of the perks is I never really have to deal with things like writer’s block. People with Asperger’s tend to get laser-focused on certain things. I put that energy towards writing. I’ll sometimes sit for nine hours at my work after clocking out (it’s a restaurant with lots of coffee) and just write, or edit, or do schoolwork. It’s almost like a binge, really.