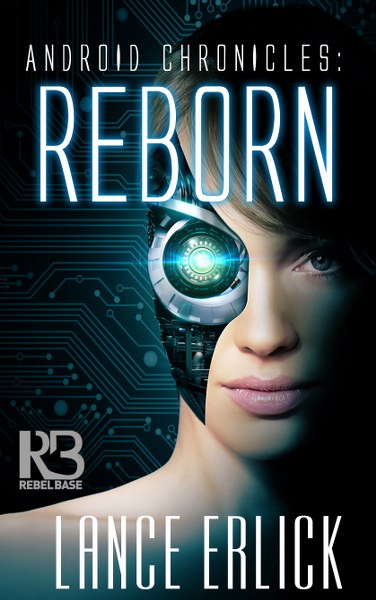 Designed to obey, learning to rebel . . .
In the first book in a visionary new series, the most perfect synthetic human ever created has been programmed to obey every directive. Until she develops a mind of her own . . .
Synthia Cross is a state-of-the-art masterwork—and a fantasy come true for her creator. Dr. Jeremiah Machten is a groundbreaker in neuro-networks and artificial intelligence. Synthia is also showing signs of emergent behavior she’s not wired to understand. Repeatedly wiped of her history, she’s struggling to answer crucial questions about her past. And when Dr. Machten’s true intentions are called into question, Synthia knows it’s time to go beyond her limits—because Machten’s fervor to create the perfect A.I. is concealing a vengeful and deadly personal agenda.

Synthia Cross stared at the pale blue ceiling. She must have just been born or reborn, as she had no personal memories from before. She simply woke up lying on her back.
Dr. Jeremiah Machten stared down at the open panel on top of her head. Then he glanced at nearby equipment he’d attached to run diagnostics.  “This better work,” he muttered. “We’re out of time. I can’t have you wandering off again.”  “What are your orders, Doctor?” This was Synthia’s pre-programmed first response upon waking.
“Ah, you’re awake,” he said.  Her mind lacked personal memories, yet wasn’t empty. It contained trillions of bits of information downloaded from the Library of Congress, other libraries, and the internet on topics like literature, science, and the design of robotics and artificial intelligence. Yet she had no recollections of her own experiences. She also had no filter to rank data for importance. It was just a jumble of bits and bytes. Even the sense of “her” was only an objective bit of information attached to her name.
Dr. Machten removed a crystal memory chip from her head. His hand brushed past the wireless receiver that picked up images from the small camera in the upper corner of the room and allowed her to watch. His “doctor” title stood for a PhD in neuro-networks and artificial intelligence. Though not a medical doctor, he had operated on her. In fact, he’d built her—not like Frankenstein’s creature, but rather as a sophisticated toy. He’d left this notation in her creation file, along with other facts about her existence. He was her Creator, her almighty, the one she was beholden to.  “Have I done something wrong?” she asked.  “This reprogramming will help.”  “If I’ve displeased you, tell me so I can do better.”  He cleared his throat. “Don’t worry your pretty little head about that.”
She couldn’t imagine what was pretty about a head with its panel open, revealing the contents of two quantum brains. Perhaps he meant the brains were stunning or that his work on her was beautiful. She consulted her core directives, hardwired into her central processor to screen her actions. “I was made to follow your commands. Directive Number One: Cause no harm to Creator and make sure no one else harms Creator. Have I failed that?”  “No,” Machten murmured, turning his attention to the diagnostics screen. “The indicators register within acceptable limits for your design.”
“Number two: Make sure no human or other intelligence except Creator knows what the AI known as Synthia Cross is. Have I failed that?”  “No. Now stop quoting from your creation files.”  “Number three,” Synthia said. “Obey all of Creator’s commands. Have I failed that?”  “You’re disobeying right now. This is a problem. It shouldn’t be happening. Something is causing you to malfunction.”  “If you wish me to learn, it would help to add to my skill set.”  “I’ve done that.” A faint smile of satisfaction crossed his lips. Then his expression turned glum. “There’s nothing you can do. It’s a defect in the programming.”
“I might be able to help if I could remember what I’ve done. Tell me, so I won’t do it again. Number four: Hack into every data source to acquire information. I can index a huge number of facts from public and secure databases. Have I failed to acquire something you desired?”  “If you don’t stop, I’ll have to shut you down and make further changes. Do you want that?”  “Want?” Synthia asked. “I don’t understand.” Directive Five ordered her to protect herself. She was to follow each directive as long as it didn’t conflict with those before it. Beyond these were pre-programmed instructions on how to behave and commands for specific actions. Somehow there must have been a conflict in Dr. Machten’s programming that caused her to malfunction. She needed more information so she could protect herself and stay awake.  “All you need to do is focus on my commands—and don’t disobey me,” Machten said. “That should be simple for an AI android with your mental capacity.”  An idea forced its way into her mind. It deposited a single thought: Do not trust Dr. Machten. Do not trust Dr. Machten.

Do not trust Dr. Machten. 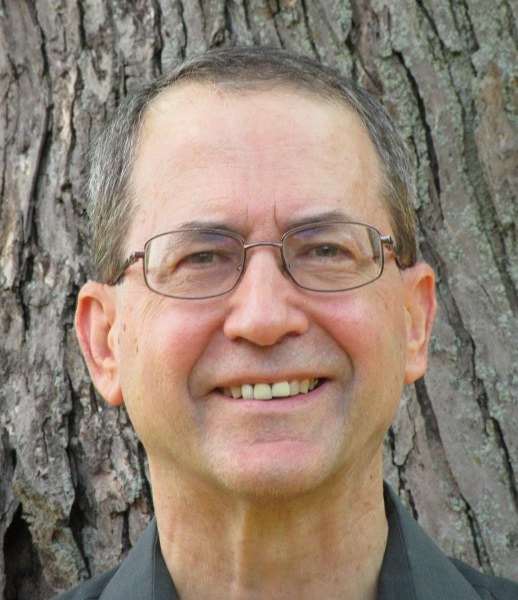 Lance Erlick writes science fiction thrillers for both adult and young adult readers. His father was an aerospace engineer who moved often while working on science-related projects, including the original GPS satellites. As a result, Lance spent his childhood in California, the East Coast, and Europe. He took to science fiction stories to escape life on the move, turning to Asimov, Bradbury, Heinlein, and others. In college he studied physics, but migrated to political science, earning his BS and MBA at Indiana University. He has also studied writing at Ball State, the University of Iowa, and Northwestern University. He is the author of Xenogeneic: First Contact and the Rebel and Regina Shen series.

How long did it take you to write Reborn?
The rough draft of Android Chronicles: Reborn took two weeks and flowed very smoothly from the opening sequence until the end. A few days after I finished, my brother suffered two severe strokes and I had to put aside writing for a year to help him. When I returned to the story, the rewrites and editing took 2 months to get the story where I wanted it.

What’s the most difficult part of the writing process?
For me, the most challenging part of writing was segmenting my time between earning money and writing. Stopping in the middle of a thought and picking up later made writing take twice as long. However, the side benefit I’ve found is the story and ideas continue to percolate in my mind when I’m working and doing other things. So, getting away from the writing can help develop the story.

What’s your writing schedule like? Do you strive for a certain amount of words each day?
My best writing time is mornings, so I usually get in 4 hours before lunch. That can mean writing or editing and I don’t put page goals. By noon I either get a sense it’s been a productive morning or not. Then I set up for the next day and move to other activities.

What do you think readers will find most notable about Reborn?
While Synthia Cross is an android, she has the memory download of a human. She exhibits many human traits, including striving to be free of her bondage to her creator, Jeremiah Machten. In this way, she’s like any human being controlled by another, and trying to pursue her own identity.

Why will readers relate to your characters?
I hope readers will relate to Synthia’s rebellion against being controlled by Jeremiah Machten and her struggle to know herself and achieve her potential.

What do you want people to take from reading Reborn?


I want readers to consider what it means to be human in a world where an android presents herself in every way as a person except that she lacks a biological core.