Peace Out - A Peace Series Novella by Sandra Hurst Book Tour and Giveaway :) 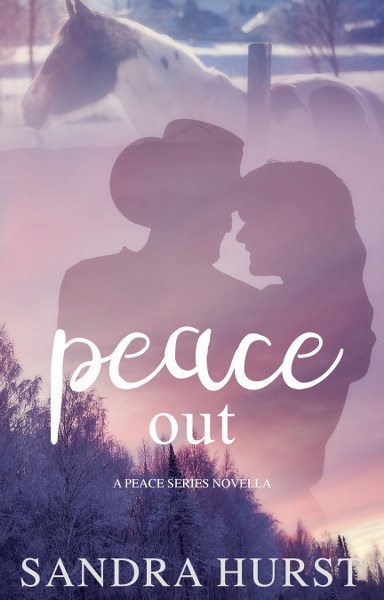 Brent Harrington is gone and Cyn Redman really couldn’t give a rat’s ass. While the whole town celebrates or mourns the end of the Harrington dynasty, Cyn’s life is falling apart. Her mother has recently been diagnosed with cancer, throwing Cyn’s heart, as well as her future plans into turmoil.

The last thing Cyn is looking for is Jericho, the quiet, soft-spoken ranch hand from the McBride place. Between the clinic closing, her mom’s health, and Cyn’s long-delayed college plans, there are already too many uncertainties. Could Jericho be the anchor she needs so desperately as her world falls apart? Or is he just another excuse not to let go of Peace and move on.

Complaining to herself, Cyn slumped off the sidewalk and headed across the
street toward the grocery store. They usually had soup or something on sale. It
was better than an empty stomach on a cold day. She didn’t even see the dirty
brown pickup truck until it veered away from her and slammed into one of the
garbage cans that were cemented to the sidewalk up and down main street. A tall
man unfolded himself from the cab, cursing quietly. “Miss? Ya’ll okay? I didn’t
see you there.”
Cyn shook her head and kept walking away until a hand grasped her
shoulder.
“Are you okay? Answer me, please!” The deep voice with its hint of a
southern accent was quiet but firm, and the hand that gently shook her shoulder
knocked Cyn out of her daze and somehow centred her thoughts.
“You…” Cyn’s voice was shakier than she thought it would be. She
swallowed thickly and tried again, “You almost killed me.”
“You need to watch it when you step out into the street, ma’am. Peace may
be small, but we do have cars here.”
“Who are you to talk to me about Peace,” Cyn said, her dark eyes flashing.
“I’ve lived in this litterbox since junior high school.”
“My name is Jericho Matthews.” Jericho let go of his grip on Cyn’s shoulder
and stepped back slightly, politely ignoring the fact that the shaking hadn’t gone
away yet. “I work up at the McBride ranch. Don’t come into town much, so I
guess we haven’t met.”
Cyn looked up at the cowboy. She couldn’t believe just how far up she had to
look to meet his dark-brown eyes. She tilted her head back so that she could look
at his face rather than his chest, nice though it was. Cyn scowled, trying to get a
sense of the man from his features. She wished her mom was here—Mom could
see through people like they were made of glass. “Let me go, please, Mr.
Matthews. I need to get back to work.” Cyn tried to keep her voice steady, but it
still sounded shaky and much younger than the twenty-six year-old she really
was. “I’m sorry that I didn’t watch what I was doing. I hope your truck isn’t
knocked up too bad.”
Damn, Cyn thought, that’s all I needed—truck repairs are just one more
thing I can’t afford to pay for and I will not worry Mom about this kind of stuff.
“Not to worry, Miss…?” He made the polite statement a question and Cyn
sighed ruefully. She hadn’t told him her name. She was kind of hoping not to.
Cyn had decided months ago that she didn’t have room in her mind for anything
other than her mom and their future. Everything else, everyone else, was
unimportant.
“Redman,” she finally admitted, when it looked like Jericho was going to
stand there until she gave him a name. “I’m Cynthia Redman. I work at the
counselling centre across the road.”
Jericho took her hand and held it gently. His skin looks so dark against mine,
she thought. Cyn had never had her mom’s beautiful copper skin.
“Let me walk you back, Miss Redman,” Jericho said, giving her a guiding
push back down the street toward the clinic. “You still look really pale, and I’d
feel better if you were inside somewhere warm.” As Jericho steered her down
the slushy sidewalk and back toward the doors of the counselling centre, Cyn
couldn’t help stealing glances. He was an anomaly in a town full of bellowing
ranchers and chirping old ladies. He didn’t talk much, didn’t ask questions, just


walked quietly beside her with his hand once more resting on her shoulder. 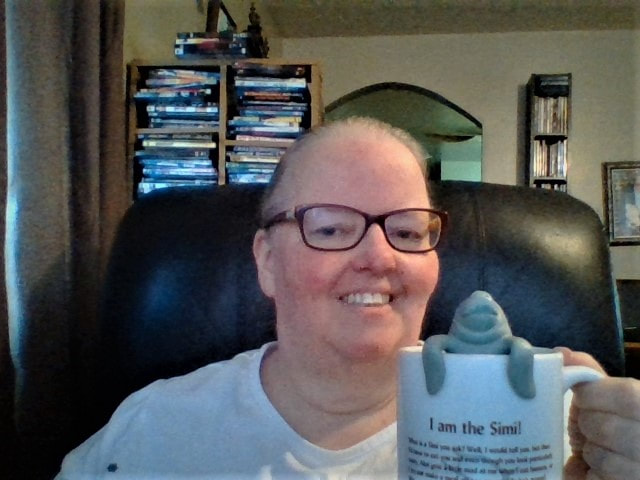 A mythmaker at heart, Sandra Hurst has been writing poetry, fantasy and science fiction since her school days in England. Hurst moved to Canada in 1980 and was deeply influenced by the wild lands and the indigenous cultures that surrounded her. Y’keta, her first full-length novel, is set in a mythical land, untouched by science or technology, an ancient world where legends walk and the Sky Road offers a way to the stars.
A member of the Alexandra Writers’ Centre Society, the Canadian Science Fiction and Fantasy Association, and The Mythopoeic Society, Hurst works to build fantasy worlds that allow her readers to join her in exploring the depths of human interaction in a mythical game of ‘what if.’
Her first novel, Y’keta, is long-listed for the prestigious Aurora Award, for best Canadian fantasy novel (Young Adult) and the American-based RONE award for break out fantasy novel.
She now lives in Calgary, Alberta with her husband and son, both of whom she loves dearly, and has put up for sale on e-bay when their behaviour demanded it.