The Stars That Rise at Dawn - Šehhinah Book 1 By Ivana Skye Book Tour and Giveaway :) 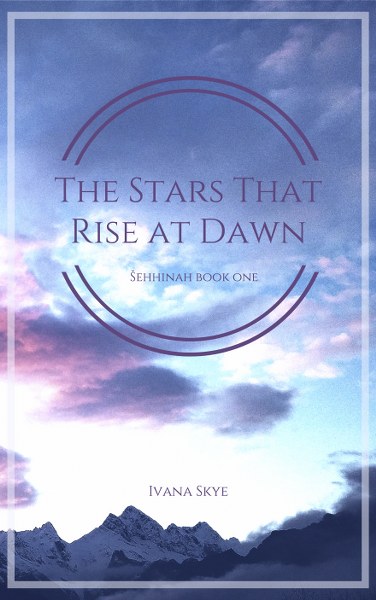 Yenatru had always had trouble making friends. So he didn’t expect that he’d have such an easy time befriending Lucifer…

Meanwhile, his one previous friend Elīya is still not over the loss of the third member of their friend group, Tamar. She disappeared one day to become one of God’s Holy, and as far as Elīya’s concerned, nothing’s ever been the same. It doesn’t help that her university philosophy program is turning out much less interesting than she’d hope.

It could be that Yenatru’s weird new friend has just the skills she needs to solve all her problems. But in order to get Lucifer’s help, she’ll have to confront parts of herself she’s never dared to.

But there’s no fear anywhere in her. She’s looked. She’s said to herself so many times today: if I have any hesitation, I’ll stop, I won’t do it. But she has none. And maybe that’s what should scare her.
It doesn’t, though.


Besides, she only just a month back graduated secondary school, was officially declared an adult. This is exactly the right time to decide to become something, not for any reason she can quite name, but because everything in her says yes and nothing in her says no, and what kind of person would she be if she didn’t listen to that? 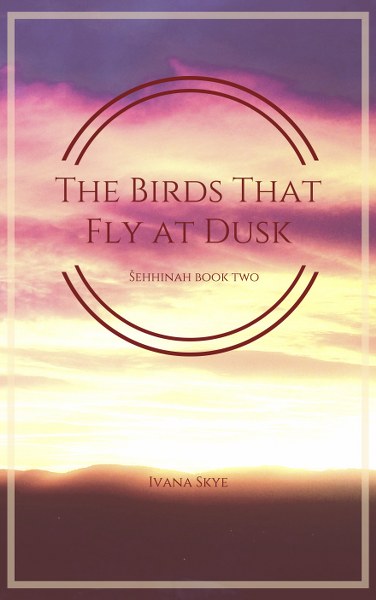 The Birds That Fly at Dusk
Šehhinah Book 2

Celyet’s been trying to keep her head low ever since she left the camp of demons she grew up in. But then she actually talks to a barista at the local coffee shop. And then an angel gets involved…

Celyet finds nothing more terrifying than the idea of being misued or misinterpreted by people. That’s why she hasn’t been talking to anyone for half a year. But when she challenges herself to visit somewhere in town she’s never been, she ends up making a terrible mistake, bringing her time spent hiding to an abrupt end.

Sän may work at a coffee shop, but that doesn’t mean they know how to comfort people. But they really want to find a way to make a difference for that sad-looking demon who keeps coming in.

And just because the shop’s owned by the angel Jibril doesn’t mean that they’re going to stop by anytime soon and start flinging puns at people … right?

She presses her hand against the clay at her side, lets the softness of it sink into her skin. It’s almost strange to touch her soul, except not strange at all: it feels like home.
Safety.
Refuge. 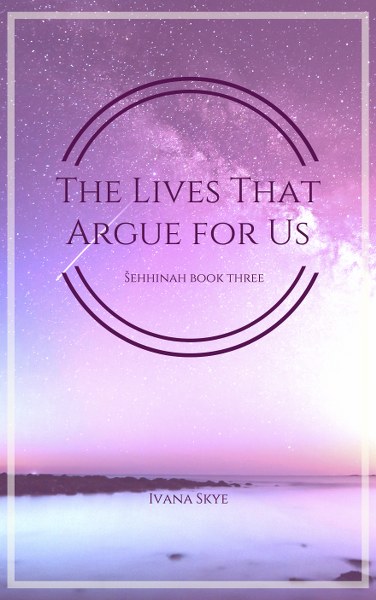 The Lives That Argue For Us
Šehhinah Book 3

Teśena and Kjorel have been in an open relationship for years. But when Kjorel leaves to travel for eight months, Teśena doesn’t really have anyone else to turn to. Well, except the most powerful person in the world…

Everyone knows God is made of fire. So of course no one would ever suggest that the easily-overwhelmed Teśena try praying to Them. Then why, when Teśena tries to do exactly that in a moment of desperation, do they seem to get along so well?

On the other side of the world, Kjorel’s dealing with a loneliness of his own. That is, until he starts his visit to the city of Ēnnuh, and finds a boyfriend within a few days. With no way to contact Teśena, he can only hope their previous agreements stand … or that Teśena will improbably find a way to communicate with him anyway.

After all, what’s a few thousand miles when you have God on your side?

Teśena’s not quite sure how this works, how to think to someone who’s this here with aer, but ae tries, ae imagines almost an opening up of the memory of it all—and somehow this act, this unfurling, itself gently glows.
A thousand wings shift again, eyes made of fire open and close, wheels made of fire turn and turn.  And the fire of God’s wings moves as if closer to aer, almost as if laughing, understanding, something like a mirror wrapped in one of the wheels reflecting.
Teśena has made terrible, impulsive decisions, ae understands.


And God seems to respect that in the way God respects Themself. 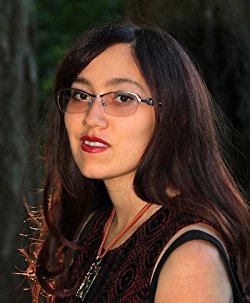 Ivana Skye is a disaster without a permanent address, who much like her characters, spends a lot of time navigating the transition into adulthood and screaming. Oh, and writing. She does a lot of that too.

Despite currently being in the middle of multiple months of travel through various countries she is not from, she still retains a strong connection to the state of Colorado, where she will probably permanently live. Eventually.