Tears of the Fallen by K.M. Hager Book Tour and Giveaway :) 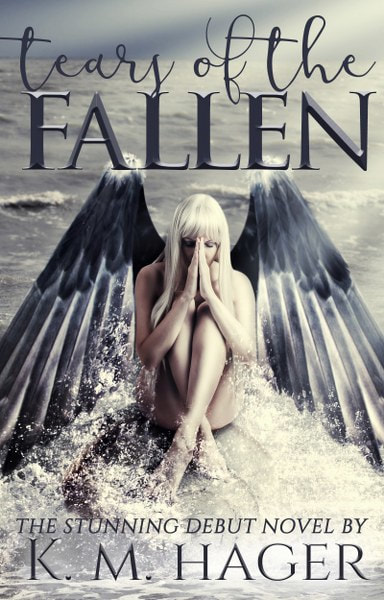 Amy Coleman on a mission to find her son, the only problem was–up until two days ago she never knew she had a child.

Life for Amy is not worth living anymore. She was brutally attacked, and that nightmare of an abandoned child is seeping into her reality. There is only one person who can stop her mission for death, a fallen Angel by the name of Stephen. However, what Amy doesn't realise is falling helplessly in love with this Angel will just lead her down a dark and deadly path and right smack in the middle of an Angelic War.

After spending seven years on a self-destructive path of abuse, she will start to unravel the secrets and lies of that awful night she was attacked sending her world upside down. When Amy uncovers what really attacked her that night, she will also have to face the painful reality that she is a mother because of it.

The Angels try with Heavenly influence to blocking any memory from her, she still must find her son before her attacker Solas does and sacrifices him in a bid to open the gates of purgatory.

It’s only when we get to meet death personally and stare into its darkness that we
will ever really feel the raw emotion and fear that the darkness brings in the last
fleeting moments of our lives. We all think about it and sense when it’s coming.
But like most unpleasant thoughts, we disregard it, choosing to ignore the
niggling doubts our instincts are so desperately trying to warn us about.
So when I walked home that night and took my usual route across the isolated
beach, I felt danger was coming. My body tried to warn me that something
wasn’t right.
Why didn’t I listen to it?
The hairs on the back of my neck began to stand up in protest. Fear travelled
through my veins and pumped its poisonous venom straight into my heart. The
panicked beats of my heart drowned out the sounds of the crashing waves as
they pounded the shore. I was too late. I was nearly at the other end, and it would
have been quicker to keep moving.
The clouds were closing over me, and the sun was far out into the distance,
ready to rest its tired head for the night. There would be no point in turning back
now. So I lunged forward toward the exit. I desperately tried to get to the stairs
so I could take the last step from the cold, wet sand and onto the familiar stone
of safety. But as I placed my left foot on the step and relaxed my body, I felt a
sharp pain at the side of my head. A strong, cruel grip wrapped itself around the
top of my arm, and my feet left the safety of the ground. I flew across the sand
through the cold air and landed directly on a rock. The pain was crippling and
rendered me semi-unconscious. I was unable to focus on any object or stand up
and run from whatever force of nature had tried to take my life. I lay there for a
minute and tried, frantically, to muster the energy so I could escape the situation.
I needed to get home. The blood from my head trickled down the side of my
face, and I needed help. My eyes tried to adjust back into focus and looked for
someone to come to my aid, but I could see no one.
As I lay on the dampness of the sand, I looked into the night sky. I watched
with panic as dark shadows emerged and hovered over me as if they were lost
souls that danced over my vulnerable body. At that moment, everything stood
still. Time and existence froze as I looked upon the lost souls that waited eagerly
to take my life. A life I hadn’t yet lived. I was only sixteen, and there was so
much left to do: finish my exams and smoke weed. Kiss Peter Jackson, the high
school hunk. Or even make love.
Then all my thoughts were gone. All that was left was acceptance that it was
my time. There was no way out of it, so I closed my eyes and accepted my fate.
“Oh, come on. It’s no fun if your eyes are closed.” I jumped. My heart leapt
straight out of my chest and slammed back inside me.
I looked up toward the shadows that had formed a ring around me. They
danced delicately over my body, and in the centre was darkness, a shadow that
had crept out from the night and lingered over me. A dark energy had my wrists
and pinned me to the ground, leaving me paralysed. I stared up at the silhouette,
and I watched with terror as the monster shifted, forcing an impression of a
human face while he tried to form in our realm. My alternate perception showed
me his true form.
His head shook erratically from side to side. He had me distracted. Within an
instant, he had successfully transcended and he was sitting down on top of me.
All I could see was his deep, penetrating eyes. They seemed almost hypnotic, but
were filled with sin. They were soulless and without a touch of humanity. He
was the Devil on his darkest day. 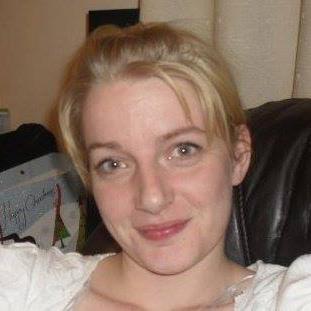 K.M.Hager lives in Devon with her family. When she's not being a mother or a referee to her two children, she tries to get on writing her Tears of the Fallen series.