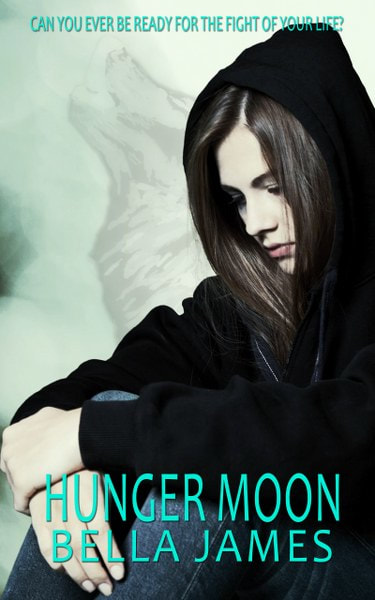 “I am made of a thousand ghosts, and only you can shoot me down.”

The sequel to Bella James’ The Girl Who Cried Wolf, invites you to return to the story of Anna Winters, a young woman facing a portentous struggle through depression, disordered eating and dependency.

Terrified of emanating her violent father, Anna turns her back on all that has become most precious to her. She journeys the deep labyrinth of her soul, relentlessly shadowed by a black wolf. He is her deepest fears, the darkness within her, and the only one who can set her free.

Anna returns to her past and makes sense of the nightmare she created, to recognise of darkness and light, there is beauty in both. As she refuses to relinquish her power to addiction, a frightened girl begins to create new pathways, from being a lost and defenceless teenager to discovering the strength that lies within womanhood.

A young heart can be broken, a fractured soul can be mended… But can you ever be ready for the fight of your life?

My hair, once so lovingly grown out after chemotherapy and crafted into a shoulder-length pale-blonde bob, now hangs lifeless and drab around my dour face. I frown crossly and try to remember the last time I made the effort to wash and style it properly but, of course, to no avail. I recall furiously spraying dry shampoo in great clouds around the roots before Jules pulled into our driveway yesterday, but I know for certain my hair has not been carefully washed and blow-dried for months.
My scowl deepens as I think of Hope, our three-month-old daughter, and how I will always be almost reaching the point of doing something pleasant for myself when she will inevitably cry out for one thing or another. A tiny tug of conscience pulls at my culpable heart as I remember an equal number of times I have heard her little cries and called twice as loudly for someone else to see to her.
Everyone adores Hope. She was conceived unexpectedly after Michael and I fell in love in an oncology ward. Admittedly not the most charming place to attract your soulmate, especially as chemotherapy had literally stripped me of any pre-diagnosis attributes I may have once used to entice him.
Before the discovery of a grade three tumour, nestled steadfastly in my seventeen-year old brain, I may have dared to consider myself a very attractive and sassy young woman. My long, blonde hair was always worn in a cascade down past my shoulders, and I had mastered the art of flicking it flirtatiously back from my face at anyone who wished to contemplate my appeal―or anyone who chose not to. I outshone my younger sister, Isabel, at every opportunity. Always the one who laughed the loudest and commanded centre stage, I was as vivacious and extreme as she was natural and demure.
I am pulled back from my reverie now as I consider calling her and demanding that she tell me what I must do. I pause only to glance once more at the stranger looking forlornly back at me. In a moment of utter self-deprecation, I let the comfortably-shabby dressing gown fall from my shoulders and down to the weathered oak floorboards beneath my feet. My intake of breath feels forced and unnatural as I see this young woman before me as a stranger, indeed.
Pre-illness, I was always a hair’s breadth from a size ten. Nothing a week of starvation―followed by twenty-minutes of ferocious pulling of the jeans zipper by Izzy as I lay flat on the bed―could impede. We had low-carbed, juiced, maple-syruped, and paleod our way to somewhere between a size twelve and the coveted ten. We held onto the promise of the eventual slender eight, but we never truly got beyond the frequent losing and gaining of the same ten pounds. It had given Izzy and me focus over the years if nothing else.
During my illness, I lost a great deal of weight and dropped dangerously below eight stone for a little over two months. It had been glorious, if only for the joy of finally being painfully and fashionably thin.
Even the serene and angelic Izzy could not hide the flash of resentment in her lovely grey eyes as I floated, wistful and waif-like, through the house wearing as little as modesty would allow, usually minuscule underwear and a beatific smile.
The imposter before me is incomparable, and I’m glad I decided to take some time before making the phone call, as even in my darkest hour I’m not prepared to let my beautiful fourteen-year-old sister see me looking like this.
Above the neck is bad enough. Dark circles rest resolutely under my eyes, as Hope has been teething for what seems like years. While Michael has the calm patience to always soothe her back to sleep, I’m still awakened with the noise of his pacing around and searching for pacifiers. I have abandoned the use of makeup, initially it was because Michael always insisted I was so beautiful without it, and then eventually because I just did not have the energy to perform the once-fiercely indulged morning routine of applying toner, moisturiser, lipstick, and mascara.
The list in itself could exhaust me.
About a month after Hope was born, I took the idea that he loved me without makeup and somewhat ran with it. I did not listen to the wise voice within reminding me that most men think no makeup translates to “no garish pink or red lipstick,” while actually they prefer the “barely there look,” which essentially can take a good hour and a half to achieve, depending on how naturally beautiful and contoured you wish to appear.
No. I had decided to go all in and was rewarded for my morning debut at the breakfast table “au naturel” with a rather shocked fiancé asking me if I was not at all well. I immediately jumped down his throat with a stream of accusatory remarks and reminders until he reluctantly conceded that, yes, I did not need makeup to be beautiful. He had simply thought I looked a little wan.
Of course, I had promptly applied a healthy dose of Benefit High Beam and some berry lip gloss for good measure, but eventually this seemed to fizzle down to the occasional sweep of mascara if we were venturing out for the evening.


I try to bolster a little hope and encouragement by silently reminding myself that my makeup bag is still in the depths of some drawer in our bedroom, and I could easily find time to book a hair appointment to have my grown-out highlights redone. My broken heart does lift as I decide to make such an appointment very soon, and the next time Michael sees me, my eyes and lips shall be shimmering with definition, my hair shining brighter than the sun. I glance very briefly downwards and realise that my body will have to be kept firmly under wraps until I can re-hook myself into the miserable world of crash dieting. 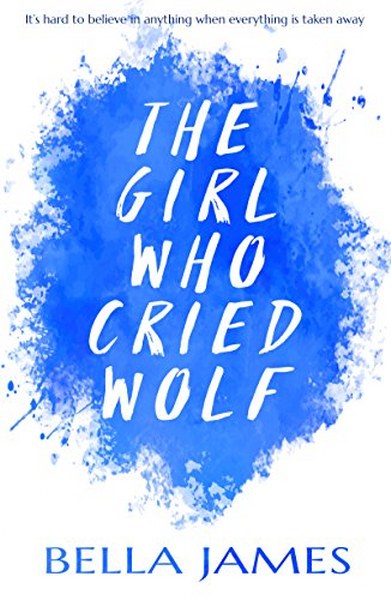 The Girl Who Cried Wolf

A growing up story with a difference, and a startling debut, The Girl Who Cried Wolf shows the tumultuous transition from teenager to young woman and is a story about believing in something, whether love, faith or simply yourself.

Anna Winters is beautiful, reckless and entirely self-absorbed. She spends more time thinking up reasons to call in sick to school than she does studying for her A levels. She shies away from her family, from responsibility – from anything in fact that doesn’t involve peach cider and endless parties with her friend Jules.

Anna assumes that her headaches are an inconvenient symptom of her wild lifestyle, until a doctor tells her that she has cancer…

As a terrifying black cloud descends upon her, Anna finds solace in Michael, another patient in the oncology ward. Michael shows Anna a chink of light in the darkness and sees beauty behind her illness and loves her sassy wit. He makes Anna forget she is ill.

Michael recovers; but Anna’s prospects worsen. And in emergency surgery, as she hovers between life and death, she is given a stark glimpse of why her life is so broken, and as she realises the simple fulfillment of being truly content, fears it may now be too late…

Bella James is the author of The Girl Who Cried Wolf, and the sequel Hunger Moon.

She writes gritty and intense YA novels that pull no punches in the trials of transitioning from child to adulthood.

Bella worked for many years with young people who were facing exclusion from mainstream schools, and is a passionate crusader in dispelling the challenges we face all our lives -trying to fit into a world that doesn’t always accept us for who we want to be.