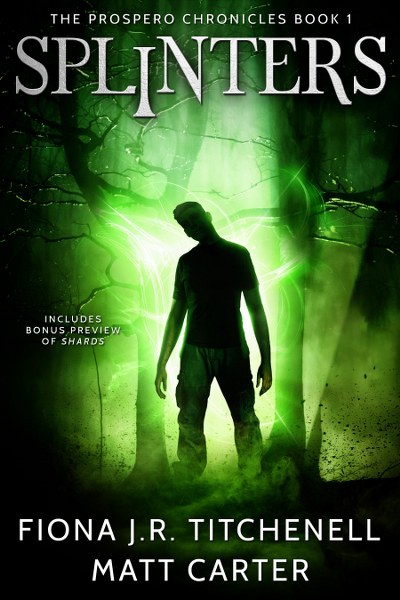 Under normal circumstances, Ben and Mina would never have had reason to speak to each other. He’s an easy-going people person with a healthy skepticism about the paranormal; she’s a dangerously obsessive monster-hunter with a crippling fear of betrayal. But the small Northern California town of Prospero, with its rich history of cryptid sightings, miracles, and mysterious disappearances, has no normal circumstances to offer.

When Ben’s missing childhood friend, Haley Perkins, stumbles out of Prospero’s surrounding woods and right into her own funeral, Ben and Mina are forced to work together to uncover what happened to her. Different as they are, their unlikely friendship may be the only thing that can save the town, and possibly the world, from its insidious invaders.

“Whip-smart dialogue... genuinely terrifying Splinters, the descriptions of which will have fans of monster films utterly enthralled... A promising series opener, this will satisfy those readers who like their scary stories to be as clever as they are chilling." —KQG, the Bulletin of The Center for Children's Books.

“The stakes are high. The action is intense." —Washington Independent Review of Books. 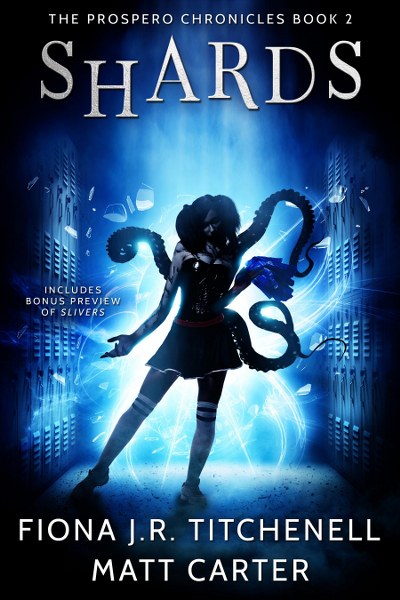 When autumn descends on Prospero, California, Ben hopes the normality of the new school year may offer a reprieve from the town’s paranormal horrors. Mina knows all too well that there are no reprieves and no normality to be had in Prospero, but even she can’t prepare for what the coming year holds.

On top of the vivid hallucinations that have plagued Mina since the attack on the Warehouse, and the brewing Splinter civil war that threatens all of humanity, inside the walls of Prospero High, Ben, Mina, and their expanding Network face a vicious campaign to destroy their friendship, and a mysterious assassin picking off human rebels – an assassin with powers like no Splinter they’ve fought before.

Ben and Mina’s one hope rests with a mysterious old man hiding in the woods outside of town; a living legend who may be able to teach them how to fight this dangerous new breed of Splinter. That is, assuming he doesn’t kill the pair of them himself.

“Titchenell and Carter hold nothing back in this solid sequel that thrills and expands on its predecessor. Aided by swift writing, relatable characters and unexpected scares, Shards is a chill-inducing delight.” —David Powers King, co-author of Woven.

“Maintaining the same level of popcorn-munching fun, Titchenell and Carter are taking The Prospero Chronicles in a promising direction.” —Joe Dell'Erb, Washington Independent Review of Books.

Marian Kelly died in a one-car accident near her home in Turtle Lake, Montana, on August twentieth, at the age of forty-two. Marian is predeceased by her parents, Rand and Millicent “Millie” Kelly, and her brother, Christopher. Marian was born in Prospero, California, and studied Psychology at the University of California, San Francisco. She held black belts in multiple martial arts and was an accomplished member of the Turtle Lake Hunting Club. 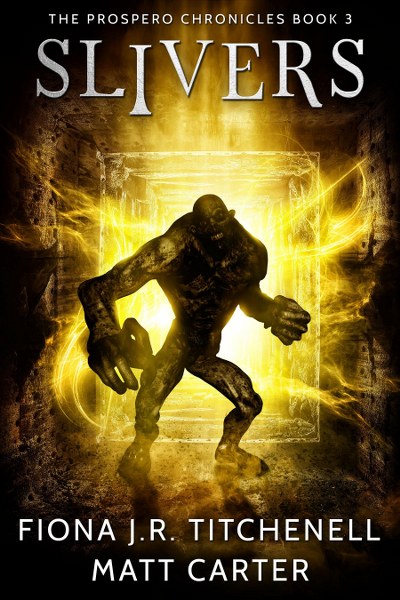 Growing up is hard, and growing up in Prospero is even harder, but I think we manage. I mean, yeah, my friends and I spend more of our time fighting a race of shapeshifting aliens than we do hanging out, but we have our fun. We go to parties, help each other with our classes, maybe even fall in love…

I’ve no illusions that we live ordinary lives, but they’re our lives, and I’m going to make sure we make the most of them whether the Splinters want us to or not.

The truce is temporary. We will not humor the Splinters forever. It's only until the Slivers can be stopped, until the army of Shards being planted among our classmates can be disassembled, until we get our hands on the thing I'd almost given up believing in.

For the chance to know, once and for all, who can be trusted, some dealings with monsters must be excusable. Inevitable. Just like this feeling between Ben and me.

And that has to be temporary too. 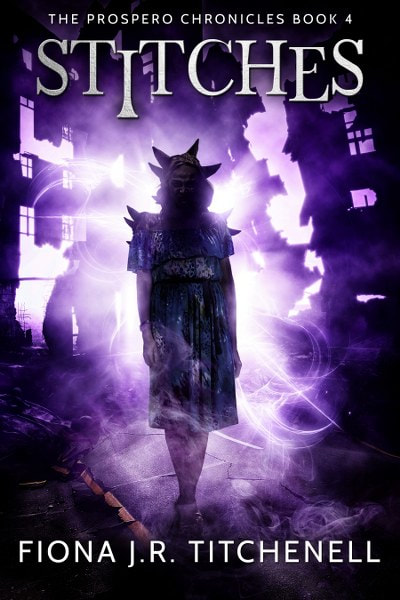 This is Prospero’s darkest hour. The few remaining humans trapped within the quarantine zone are all but defenseless against the multiplying forces of the Sliver Queen, Locusta. With Ben missing, Aldo among the enemy ranks, and more steel plates than bones left in her body, Mina’s passing the hours drowning in morphine and throwing heavy objects at her guards.

Stripped of her weapons, her gadgets, and the Network itself, she has just one card left, hidden somewhere under her oft-sutured skin. It might be powerful enough to complete her life’s work once and for all… or to reach the one person who could make her life into more than a means to an end. But playing it will cost everything she has, or everything she believes in.

The final chronicle of Prospero waits in these pages. 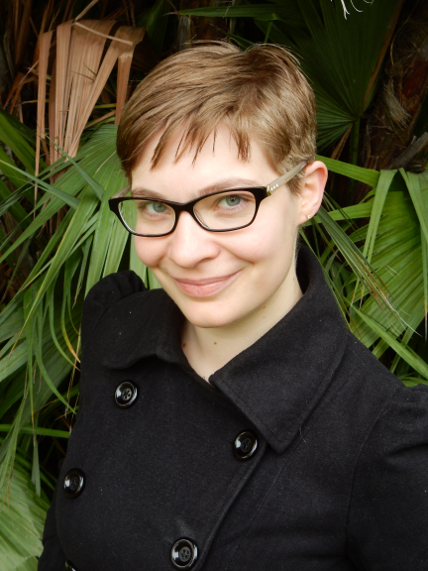 F.J.R. TITCHENELL is an author of young adult, sci-fi, and horror fiction, including Confessions of the Very First Zombie Slayer (That I Know of). She graduated from Cal State University Los Angeles with a B. A. in English in 2009 at the age of twenty. She currently lives in San Gabriel, California, with her husband, coauthor, and amazing partner in all things, Matt Carter, and their pet king snake, Mica.