When virtual reality surpasses people’s wildest dreams, many struggle to remain in the real world. Sixteen-year-old Ari has watched the financial and emotional cost of virtual reality addiction for years as her father continues barely existing in a VR coma. Unfortunately, her only option to help her family escape poverty is if she studies the one subject she hates and fears: virtual reality programming.

Despite her misgivings, Ari soon develops a rare talent that makes her question everything. Now she must hide her ability or risk becoming a priceless commodity that governments and corporations will fight, steal or even kill to possess. As officials tighten the shackles surrounding Ari, she rebels against her imposed future and searches for a way to save those she loves. Yet, running proves impossible, when the government is always one click away. 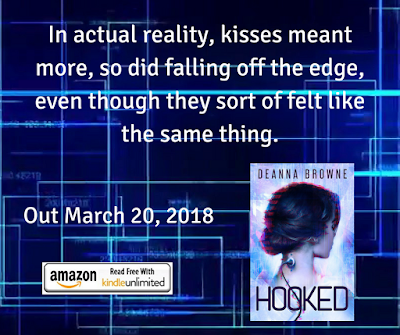 
She tried not to imagine how her father had used to be there, hanging out with the bums to catch a free VR. She tried, but it didn’t work.

DeAnna Browne graduated from Arizona State University with her BS in Psychology. She finds it helps to corral those voices in her mind and put them to paper. Her debut novel, A DEMON RISING, came out in August 2017 with Black Opal Books and book two in the series, UNHOLY SUNDERING, is due out 2018. An avid reader and writer, she has a soft spot for fantasy with a touch of romance. Despite her love for food and traveling, she always finds her way back to Phoenix, Arizona with her husband, children, and pet dog. 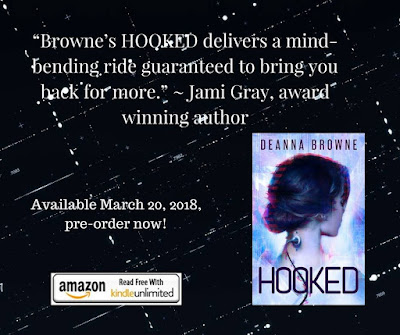