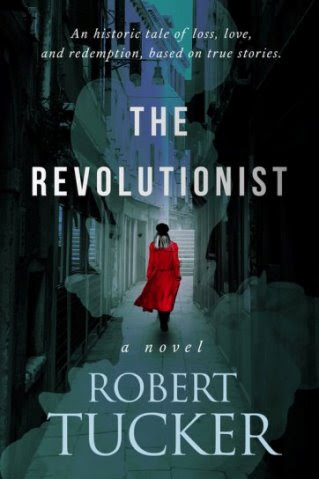 The Revolutionist by Robert M. Tucker

Two different families escape from the political tyranny of their respective homelands, the Josephsons from Sweden and Matias and Kurt Bauman, brothers from Germany and Austria Hungary, with the aid of a Viennese opera diva, Sophie Augusta Rose, and Jean Guenoc, a former Jesuit priest, family friend and protector and partisan of the French underground. Their journey brings them to America in the throes of the industrial revolution during the 1890s and early 1900s. Ingrid and Olaf Josephson settle on a small wheat farm in North Central Minnesota to raise their children, Newt and Julie. Among the Jewish entrepreneurs forced to leave Germany and Austria-Hungary, Matias and Kurt Bauman re-establish their transportation company in Chicago, Illinois. In search of a secret list of insurgent social democrats, the bounty hunter assassin, Luther Baggot, tracks his victims to the American heartland. Following the murder of their mother and father, Newt, Julie, and their friends, Aaron and Beth Peet, hide from the killer in a Northern Minnesota logging camp. Believing the children have taken possession of the list, Luther tracks them down. Fleeing to a central Minnesota town, the four young people come across a remote business location of Bauman Enterprises and meet Matias Bauman, who had been a friend and former political collaborator with Newt’s and Julie’s parents. He takes them all to Chicago where a different world opens up to them as they are thrust into the turmoil and violence of an urban society and economy careening into the new century. 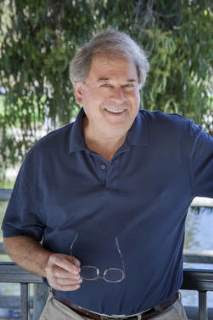 Rob is a graduate of the University of California, Santa Barbara and received his graduate degree in communications from the University of California, Los Angeles. Rob worked as a business and management consultant to advertising, corporate communications, and media production companies as well as many others. Now retired, he resides with his wife in Southern California where he devotes much of his time to writing. He is a recipient of the Samuel Goldwyn and Donald Davis Literary Awards. An affinity for family and the astute observation of generational interaction pervade his novels. His works are literary and genre upmarket fiction that address the nature and importance of personal integrity. For more information, please visit Robert Tucker's website. You can also find him on Facebook, Twitter, and Goodreads.

During the Blog Tour we will be giving away two eBooks of The Revolutionist! To enter, please enter via the Gleam form below. Giveaway Rules – Giveaway ends at 11:59pm EST on March 8th. You must be 18 or older to enter. – Giveaway is open INTERNATIONALLY. – Only one entry per household. – All giveaway entrants agree to be honest and not cheat the systems; any suspect of fraud is decided upon by blog/site owner and the sponsor, and entrants may be disqualified at our discretion. – Winner has 48 hours to claim prize or new winner is chosen. The Revolutionist