Inevitable - The Curse of Avalon Book 2 by Sariah Skye Book Tour and Giveaway :) 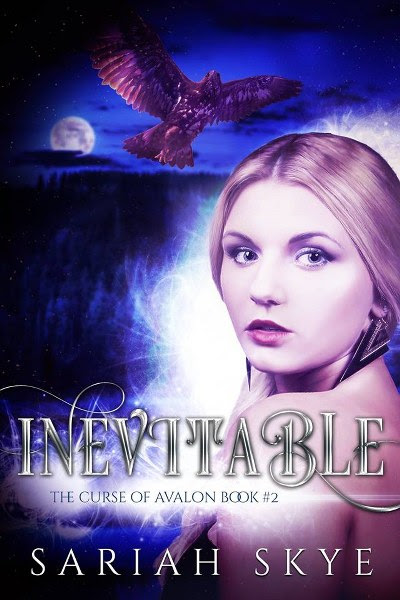 A few short weeks ago, I knew exactly who I was: Ava Dawson, a woman with a surprising magical ability, a daughter, a friend, and invisible to men.

Now? Everything has changed. The only family I’ve ever known? Betrayed me. My best friend lives clear across the city, and I seem to have the favor of four gorgeous, reluctant incubi. That complicates things a bit.
Also, I have this powerful magic coursing through my veins: the power of the mythical isle of Avalon. It’s real, I promise—I feel it every day. If I don’t learn how to control it, I might just end up hurting the people closest to me. Mathias, Trystan, Bash, and Xander are the new sworn protectors of Avalon—me. They’re powerful, but this magic? Might be more so.
I’m resisting the magic and trying to figure out who I am again.

Losing my control? It's probable. Losing my heart, split among four gorgeous men? Yeah, I’m sure it’s only inevitable

(this is a slower-burn paranormal/ reverse harem romance, like the first book in the series. Due to language and adult content, the entire series is recommended for adults 18+)


that risk, though, right now. 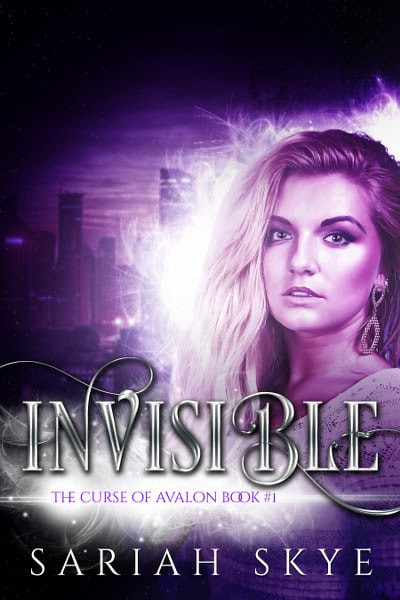 Invisible
The Curse of Avalon Book 1

My name is Ava Dawson. Ever since I was young, I have had this strange “gift” of invisibility. I can’t explain it, nor can I always control it. It affects my work, my personal life, dating—all but my mother and best friend seem to be affected. No matter what I do, I seem to always be forgotten.

Until I meet these gorgeous guys during a girls’ night out, and there’s something strangely alluring about them. An ancient curse brings us together, while a group of supernatural “Collectors” is threatening to tear us apart. They’re targeting people with special abilities like mine, and all four men have taken it upon themselves to protect me. But with their complicated pasts, I can’t help but feel protective of them, too. I’m trying not to get in over my head, with these men, and the magic.

But I have to admit, It’s nice to be seen after years of being invisible.

*Author's Note: this book is 'reverse harem;' meaning, one woman, multiple love interests. This series is meant for readers 18+ only

Sariah Skye physically resides in southern Minnesota with her husband, two kids and a dog (so really...3 children) but mentally her head is in the clouds dreaming of anything that doesn't require adulting.


When not writing she's probably geeking out watching Star Trek, playing World of Warcraft, reading yet another fantasy book or staying up way too late. She'd love it if you dropped her a line at Facebook or Twitter but be prepared...she's a nictofiliac so be patient for a response while her eyes adjust to the light of day and beware of sarcasm. It helps to throw her chocolate or glitter first before engaging. Wine is also acceptable...but not to throw. Hand it over gently.