Shaunna Gonzales currently resides with her family in the greater Seattle area. Married
over thirty years, her role as wife and mother of four continue to be her priorities.

A storyteller in her youth, she endevored to extend her love of stories to the written word and in 2005 began to write her first novel. Though that manuscript will remain buried, she has continued to learn. 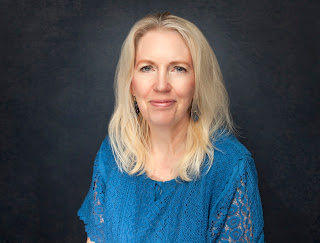 Once told by her doctors that she would never leave her wheelchair -- due to her Multiple sclerosis. It has been tucked in a closet while she continues on. (In other words muddles on.)

Shaunna has worked as a professional reviewer for InD'Tales eMagazine for three years. In 2012 she also served as the vice president of Moonwriters, the on-line chapter of American Night Writers Association (ANWA She prefers to write romantic fiction and has ventured into the romantic suspense, and time-travel genres. Her debut novel, Dark Day s of Promise was released by Desert Breeze Publishing in 2012 re-released 2015.

Although she prefers to spend her days writing, she is willing to share what she has learned from the school of life and is often found "giving back."

Thirty-four year old Vicki Laramie must learn to trust before she can love, but she might die trying. 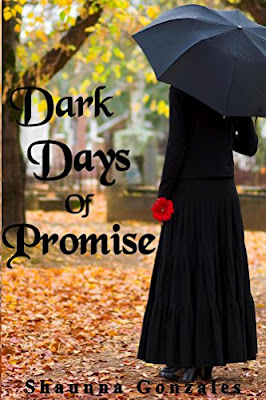 While Vicki’s children grapple with the death of their father -- a man whom she’s successfully fabricated as loving, a lie her rebellious teenager recognizes -- she must find a way to support her family and find a role model for her boys.

She never intends to fall for Staff Sergeant Chase, her best friend’s son, who suffers from Post Traumatic Stress Disorder (PTSD). She’d much rather choose a safer man to love, but her children have a voice in the decision she makes.

With two deaths to deal with, a suitor after her money, a rebellious son, and Sergeant Chase’s repeated attacks, she can only hope to survive the danger she faces. If she doesn’t, her children will be left without either parent.

"Um... Janine?" I dropped the letters I'd just tugged out of the mailbox decorated like a big, orange jack-o-lantern, and pointed at the four men in green dress uniforms approaching my front door. My mouth tasted like the Salt Flats.
Janine, my best friend and elderly neighbor, glanced at the house and back at me. "Vicki, it's going to be okay. Even the darkest of days hold a promise of good things. I'll be right here beside you."
I tried to breathe. I thought I had shielded myself from this ever happening to me with the divorce. I was wrong. Dead weight in both legs impeded my instinct to flee. With Janine leaning on her cane at my side, I raced for my front door in slow motion, each step seeming to come slower than the previous one. Struggling with the implications, I willed my feet to move. Step, step…now lift yourfoot. One step... two, you can do it, just one more. I couldn't breathe. I advanced to the porch.
I sidestepped between the army green uniforms, ignoring the need for a polite acknowledgment. My hand, below the frayed sleeve of my faded red shirt, looked old and froze to the doorknob before resorting to automatic pilot. An unconscious reflex spurred me to open the door and usher them inside. The door hung wide, welcoming what I dreaded. I shrank back as though the officers would assault me. Janine came through the door, accompanied by the chaplain.