The Chosen Ones by Margery Miller-Mondragon Book Tour and Giveaway :) 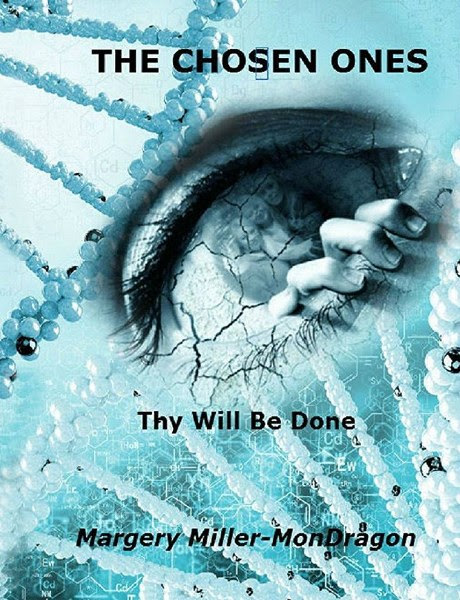 The Chosen Ones
by Margery Miller-Mondragon
Genre: Medical Thriller

New Thriller has Sharp Medical/Political Edge
Readers who love smart thrillers won’t want to miss The Chosen Ones – Thy Will Be Done, written by author Margery Miller Mon-Dragon. Set in the high-intensity and politically diverse area of Washington, D.C., this clever new release hits the mark for suspense, action and social commentary – exploring the question of why we seem to be failing to engage in reasonable advances in medicine for all citizens. Within this book the reader will find themselves dealing with modern medicine and the issues of genetic restructuring, donor procurement, terminal illness and death and dying in our society.
The Chosen Ones – Thy Will Be Done, is a riveting thriller about a woman’s fight to uncover the genetic code to life itself and to bring to the world The Book of Man. Mara McClurg has been missing for five years. She leaves behind two daughters who have grown into young women beneath a blanket of lies and secrecy. When the US government discovers that a private sector research facility (GenTech) has broken the genetic code, Mara is sent to recover the book of man.
With a shrewd cast of characters, and a plot that moves quickly, readers will be engrossed while they absorb new knowledge and discover that the series is not just fiction but lies on the edge of what every human being can physically touch, his health and immortality.
Reviewers are calling the book, “…intelligent and compelling.” The paperback and ebook version are available on amazon.com and the audio book is presently in production with a release date set for fall. The Chosen Ones – Thy Will Be Done is the first in a series of four books with They Walk Among Us, The Sword of Damocles and The River of Destruction to follow.

THE SCENT OF TRUTH

The smell of coffee fragrantly filled the house. It was enough to wake Carol and lure her to the top of the stairs. “Stokes,” she yelled. “Is that you? Are you making coffee?”
“It sure the hell is,” he replied. “Get the girls and c’mon down.” The girls were already wearily trailing behind her.
“My God, Stokes!” said Carol. “You certainly have out done yourself.”
“Thank you very much,” said Stokes.
“I must tell you,” continued Carol. It’s a nice treat to have someone, a male someone, cook for us. And, yes, I would like it daily.”
“Well,” said Stokes, with the class of a fine southern gentleman. “It’s not every day a man gets to have breakfast with three beautiful ladies.”
“Enough, enough already,” said Mimi. “I’m getting sick.”
Jaye joined her sister in the AM bashing. “Yeah, it’s really getting kind of thick around here.” Mimi continued to hold her head with her elbow firmly planted on the table. Her eyes were still half closed. Carol was becoming agitated with her.
“I hope coffee is the treatment you need Mimi.” “If you’re not awake soon, you’ll miss the whole story.”
“No, I won’t! Aunt Carol,” she moaned. “That’s a tale I’ve been waiting to hear for a very long, time.” She shook her head. The long blonde hair blew from her face as if a strong wind had hit. Then she jumped from the table and began to do jumping jacks. Fifty pushups followed. All marveled at Mimi’s strength and resilience.
“Not me,” said Jaye, “Not me.”
“Well, I’m sure awake now,” said Mimi. “Let’s eat!”
Stokes couldn’t have made a finer breakfast. Scrambled eggs, sausage, bacon and English muffins graced the table.
“Stokes, I need to thank you again. This was very nice. Nice that we have this chance to sit together and just enjoy.”
“You’re welcome Carol, I enjoyed it. It’s a real nice change for me too,” said Stokes.
“Yes,” she thought quietly to herself, “especially considering what lies ahead of us today.” The girls were preoccupied. Who wouldn’t be when faced with their situation?
“Girls, we have a lot to cover with you today,” said Carol. “So, I thought it might be a good idea if you did the dishes and took your showers. This will give Stokes and me a chance to organize our thoughts before we begin.”
They rolled their eyes and in unison chanted, “Dishes!”
“C’mon,” said Stokes. “Don’t give Carol trouble this morning. Let’s just move right along so we can get started. I don’t have much time to spend here and I need every minute to count.” A silence swept the room.
The sound of dishes loudly shrieked against each other. Stokes placed himself comfortably on the sofa next to Carol.
“Well Carol,” he said, with a grin on his face. “Today is the day!”
“It certainly is,” she replied. “You know Stokes, I’ve waited so long for this day to come that I’m overwhelmed. I don’t know where to start.”
It was nearly 1:00 PM. Everyone perched in the living room waiting D-day. “God!” said Stokes. “This is what we’ve all been waiting for. It’s not so bad. So don’t look so doomed. Now, once upon a time,” he teased.
“Oh Stokes!” shouted Mimi. “Let’s get real”.
“No really girls,” said Stokes. “I think the best way to do this is to start from the beginning, from the divorce. It’s going to take some time but then you will understand her a bit better. If there is one thing I don’t want it’s for either of you to be angry with her. She was a great humanitarian and her work is responsible for saving us … from a catastrophe. I want you to be proud to be her daughters and I want you to know that she gave her life.... I mean her.... “I want you to know that she sacrificed herself and her family for the betterment of mankind.”
“It’s Ok,” said Jaye. “It’s Ok Stokes. I understand. Mimi and I aren’t babies anymore. We’re capable of comprehending the intensity of emotion. I’m glad you loved my mother. Maybe all of our lives would be different today if you had married her.” Silence overcame them, like a swift blanket of cold arctic air.
Then Mimi broke in with her usual antics. “Yeah Stokes! “Would you have played ball in the back yard or are you more into doll houses?”
“No,” he said. “It would have given me the authority to kick your smart ass when you needed it.” Then he grabbed her in a headlock and wrestled her to the floor. “Please,” she cried aloud. “Please don’t tickle me anymore. I’ll be good, honest.”
It was plain to see he loved them, thought Carol. He probably would have been a wonderful father.
“C’mon,” said Carol. “We’ll be here for a week.”
“Yeah!” said Stokes. “She’s right. We’ll start with the plane trip and the escape from Pittsburgh.” “Then we can play those tapes Mara left with me for safe keeping.” Both girls looked at him with a perplexing eye.
“What tapes?” said Mimi.
“We weren’t aware of any tapes,” said Jaye.
Stokes disappeared from the living room. It wasn’t long before he returned with a steel box. He sat down in his previous spot and began touching it in a strange and methodical sequence.
“I hope it’s not rigged to blow,” he said. Then he laughed aloud and went on to say, “I don’t think your mother would endanger you that way.” After four unique sequences, the tumblers clicked and the unusual steel box opened. Inside were sixteen videotapes. The girls jumped from their seats to handle each one. They were numbered in sequence and on the bottom of the box there was a note.


It read very simply, “Watch them in sequence, and then you will know.” 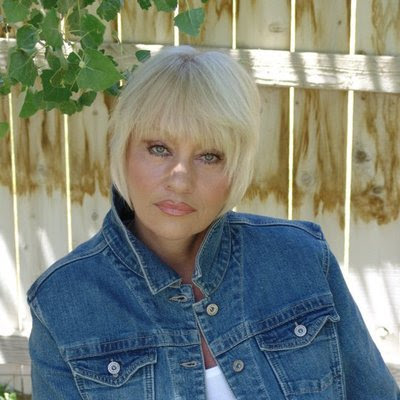 Marg Miller-MonDragon is local to the Pahrump area. Before becoming an author, her career spanned thirty years as a nurse and medical educator. She has spent many years acknowledging the medical, ethical and legal issues surrounding healthcare. One of her greatest desires is to have her readers become invested in the dilemmas, evaluate solutions and then have strong opinions on this subject that will hopefully inspire change. She stated that she is looking forward to writing this series for the readers and that it is her greatest hope to inspire a culture where healthcare becomes a right for all citizens.