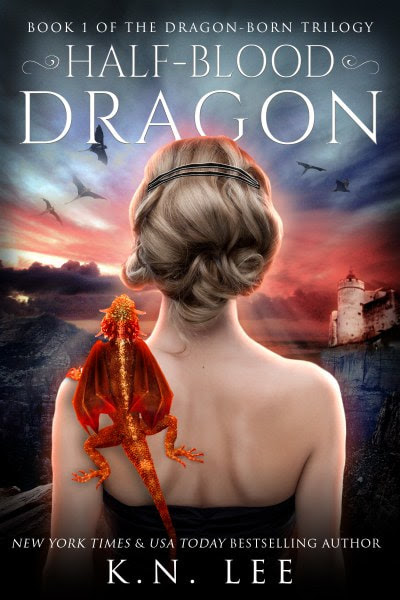 Pirates, dragons, mermaids. A new world of mythical creatures and epic adventures await. Embark on a coming of age journey that will leave you breathless.
New York Times bestselling author, K.N. Lee presents Half-Blood Dragon, the first epic fantasy adventure in the Dragon Born Trilogy.
Time is running out for half-blood, Rowen, a lady-in-waiting to a princess. While the two princes of the Dragon Court vie for her affection, she spends her days and nights dreaming of a future free from prejudice based on her lineage. The half-blood is not who she appears to be. As a prophet, she knows what the fate of the realm holds, and it's not the grand parties the kingdom is used to.
Death is on the horizon, and Rowen sees herself as its cause.
The taunts of her sleepless nights are realized when she is framed and sentenced to death for the prince's murder. For a human, there's nowhere to run and no one to turn to in a kingdom where power is tightly held by full-blooded dragon shifters.
It will take a stranger from the shadows to save Rowen from an unjust execution and reveal a truth full of terrifying potential. She must face her fears, navigate through dangerous lands of magical creatures, and find the courage to accept her fate, awaken her gift, and set the world on fire.
Grab your copy of this action-packed sword and sorcery adventure perfect for fans of George R.R. Martin's Game of Thrones, Throne of Glass, and Brandon Sanderson's Mistborn today!
Goodreads* Amazon 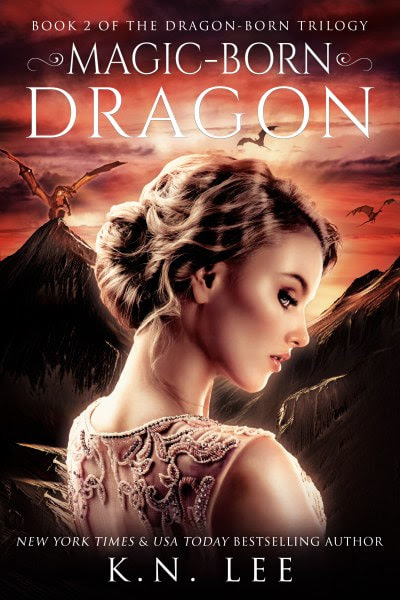 Magic. Betrayal. Dragons. The epic coming of age adventure continues, but this time the stakes are higher than ever.
New York Times bestselling author K.N. Lee brings you all this and more in the sequel to the #1 international bestseller, "Half-Blood Dragon."
Rowen is on the run. Convicted of a murder she didn't commit, a last-minute surprise rescue from the gallows by the notorious pirate Elian Westin should have brought her a measure of freedom, if not peace. Instead, Rowen has more enemies than ever...and more questions.
The royal navy of Withrae is on her heels to bring her to justice, and her erstwhile savior Captain Westin wants her back because he believes she is the key to finding the legendary Red Dragon, a creature so powerful that it can change the course of time.
Hunted by dragon shifters who despise her and feared by humans who don't understand her, half-blood dragon Rowen must unravel old mysteries in order to outsmart new adversaries. She can only hope that her new, uncontrollable magical abilities don't get her killed before she can confront the man who set all of this in motion...
...a man who hates her but will do anything to save her life.
Download your copy of this epic, swords and sorcery adventure.
Goodreads* Amazon 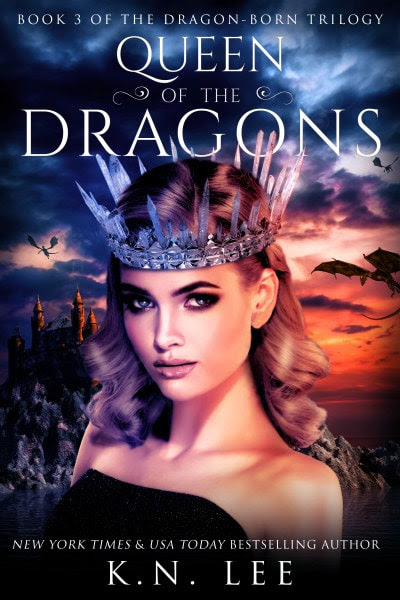 Royal Dragons. Mysterious prophecies. Vengeful wizards. The Dragon-Born saga is just beginning.
The world's fate rests on the shoulders of one half-blood Dragon. They killed the prince she loved, framed her for his murder, and still want to see her dead. But, none of that matters when she is taken by the infamous Red Dragon. Rowen now finds herself without hope, a plan for escape, or her memory. Ancient secrets are revealed during her captivity, and a strange black Dragon risks his life to save her. When he finds himself injured and also kept in the Red Dragon's lair, the two of them must find a way to survive.
Captain Elian Westin and what remains of his crew make the journey to Withrae where a war is brewing. Dragons versus humans. Which side will they choose? The answer isn't as simple as Elian thinks when he is brought face-to-face with the woman who broke his heart. The rules are no longer as simple as he once believed when the fate of his daughter and her mother are left in his hands.
But, in Draconia, things are rarely what they seem, and the origins of a curse are revealed.
Join New York Times bestselling author, K.N. Lee on a journey through Dragon territory, where magic and mystery collide in this epic fantasy adventure that is just the beginning.
Perfect for fans of George R.R. Martin's Game of Thrones and Sarah J. Maas' Court of Thorns and Roses. Grab your copy today!
Goodreads* Amazon 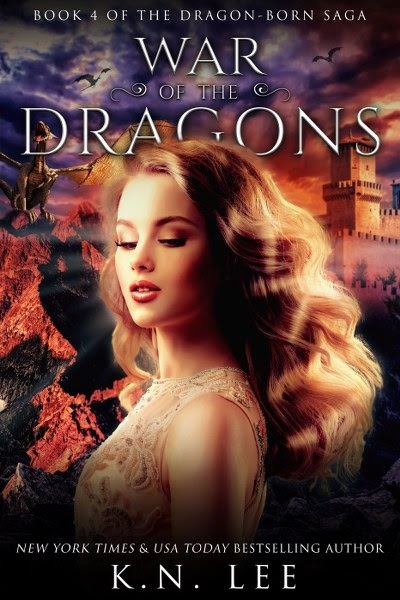 Dragons. Magic. War. In a mystical world where Dragons reign, one mysterious duo of wizards rise from the shadows to even the battlefield.
New York Times bestselling author, K.N. Lee presents the fourth installment in the fast-paced, thrilling epic fantasy adventure that swept the world away with the #1 international bestseller critics are comparing to Rick Riordan's young adult novels, Half-Blood Dragon.
The lines are set. Wizards versus Dragons, and as queen of Withrae, Rowen finds herself faced with the fate of the kingdom in her hands.
Her crown binds her to the palace, even someone she loves dearly is kidnapped by the Trinity brothers who rule in the southern islands of the human realm. She must find a way to protect her family without abandoning her duties. There's one young man who can help her, the scribe who once worked for her father. Together, they hatch a plan to stop the war, protect both the humans and the Dragons, and prevent the prophecy Rowen has always dreamed would come true.
The end of the world.
As a curse plagues all of Draconia, preventing its people from shifting in their Dragon form, Rowen and Rickard will come face to face with their darkest nightmares, and the truth of the red dragon from Rowen's prophecies will be revealed.
Embark on a magical journey packed with heart-pounding action and a dash of romance that fans compare to George R.R. Martin's Game of Thrones, Sarah J. Maas's Court of Thorns and Roses, and Pirates of the Caribbean.
Goodreads* Amazon 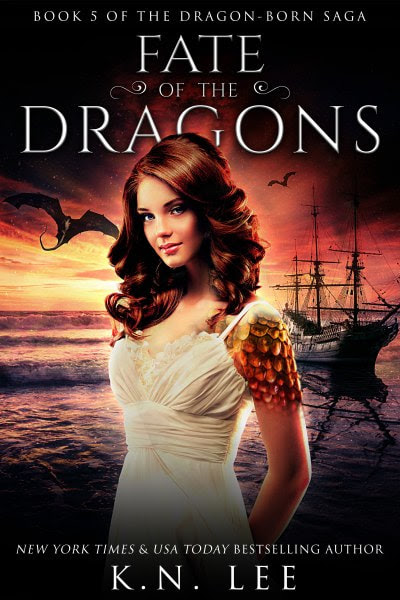 While Ophelia finds herself taken to a palace far away and held hostage by the devilishly handsome Trinity brothers, her homeland plunges into chaos.
The king of Withrae is at war. His queen is on her deathbed. Who will lead the Dragons as one wizard and his devious sister take the throne?
Withrae is in peril, and though Princess Noemie attempts to keep her people together, she is no match for the wizard who wants to see the Dragon nations fall. Gavin has a mission--one Rowen asked him to complete with what may be her last breath. Find the mermaid kingdom, rescue Ophelia from the brothers who rule the Trinity Islands, and reverse the curse that plagues her people.
With the sorceress, Feyda by his side, he sets off on a journey that might very well save the entire world.
New York Times bestselling author, K.N. Lee brings a reverse harem legend perfect for young adults and adults who love a high fantasy, sword and sorcery adventure! Download the epic dragon fantasy that fans are comparing to Game of Thrones and Pirates of the Caribbean.
Trigger Warning: Contains a suggestive reverse harem scenario suitable for young adults and adults
Goodreads* Amazon 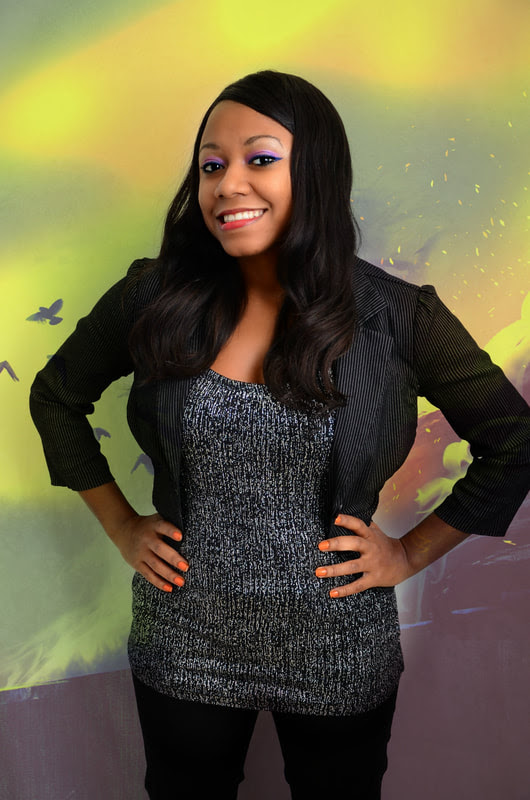 K.N. Lee is a New York Times and USA Today bestselling author. She is the author of the Dragon-Born Saga, Eura Chronicles, Wonderland University, and the Chronicles of Koa series. When she is not writing twisted urban fantasy, epic tales of dragons, pirates, and mermaids, and dark poetry, she does a great deal of traveling and spending time with her family. Wannabe rockstar, foreign language enthusiast, and anime geek, K.N. Lee also enjoys gaming and sketching. She is a winner of the Elevate Lifestyle Top 30 Under 30 "Future Leaders of Charlotte" award for her success as a writer, business owner, and for community service.
She is signed with Captive Quill Press and Patchwork Press and represented by Hershman Rights Management.
K.N. Lee loves hearing from fans and readers. Connect with her!
Website* Facebook * Twitter * Instagram* Google+ * Pinterest * Amazon * Goodreads