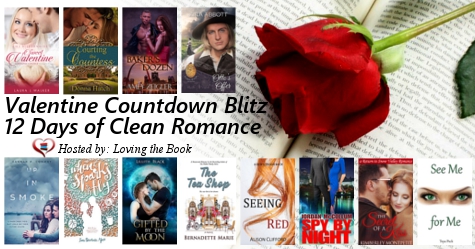 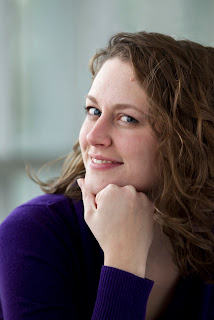 An award-winning author, Jordan McCollum can’t resist a story where good defeats evil and true love conquers all. She writes stories about love, lies, secrets and sometimes spies, and she helps writers craft their fiction to make their stories and their prose more engaging.
All four of the novels in her Spy Another Day series were named finalists in the Whitney Awards, a juried prize. Spy by Night is a prequel to the other novels in the series. 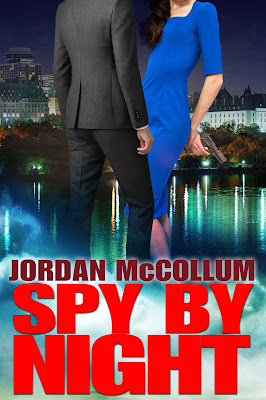 "After watching her parents’ marriage crash and burn, CIA operative Talia Reynolds doesn’t believe in “happily ever afters.” Besides, her job entails eighty-hour weeks, juggling a dozen covers and disguises, and tracking down a dangerous Russian spy ring. She hardly has time for romantic entanglements, even if she could let her guard down enough to get close to anyone. But all the rules she lives by could be broken when she meets aerospace engineer Danny Fluker.
Danny moved to Canada for a great job — and a chance to start over after a bad breakup. Dating definitely isn’t in his plans . . . until beautiful and enigmatic Talia throws a perfect storm right in his flight path. When he catches a glimpse of the real woman behind her façade, he has to get to know her better.
Talia has to find a Russian spymaster before he figures out she’s not who she claims, and failing to keep her two lives separate in the process could mean the death of more than just her budding relationship. Danny has to decide if a future with Talia — and facing the past — is worth the risk of getting hurt again. If they can break through the barriers keeping them apart (and avoid a major international catastrophe), they just might have a chance at being happy together."

Q&A With The Author:
1. Tell us about things you enjoy — what you do for fun or personal satisfaction besides writing?
Besides . . . writing? I don't understand the question ;) . Writing really is my favorite. I also like to read, knit and make music.
2. What is the thing you struggle with the most while writing? And how do you defeat it?
Probably self-doubt. I try to channel it into a drive to make my story better!
3. What are your future projects?
I'm working on the third book in my Saints & Spies series (different series than Spy by Night) as well as a contemporary YA novel.
4. What is the “message” of your writing?
I believe that fiction can entertain and change lives. I believe in real characters who grow and change, and that they can help us become better people, too. I want to make the world a brighter place one story at a time.
5. Are your characters/stories/scenes, etc. based on anything in real life?
The setting of the Spy Another Day series was inspired by a vacation I took to Ottawa as a teenager. My contemporary YA was inspired by a true story (but isn't that story) about an excellent mountaineer who died while climbing. And then of course everything from expressions to phrases to personalities of people I've known shows up in my characters! (If someone is blinking in a way that sends a message? That's me. I have a whole blink language.)
6. Have you done anything writing-related, besides actually writing your books, that seemed to get a lot of positive response? Something that encouraged you?
I've presented classes on writing craft at several writing conferences. The highlight of these was being the keynote speaker at the American Night Writers' Northwest Writers Retreat at a beautiful spot on the Washington coast!