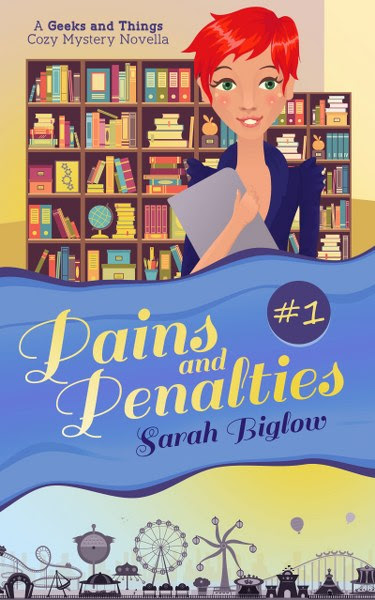 A new amateur sleuth is on the case in the first book of this Cozy Mystery novella series.
When Kalina Greystone returns home to the small town of Ellesworth, MA in the wake of her father's passing to take over the family's comic book shop, she never expects to reconnect with her old flame, Detective Christian Harper. But when elderly Mrs. Davies winds up murdered at the annual Solstice Fair, Kalina can't help but get swept up in his investigation and solving the case. While Detective Harper runs his investigation, she cozies up to the dead woman’s best friend, Mrs. Grant, and learns that she and a third woman, Ms. Ellicott, might be targets. Someone has sent them notes with the cryptic warning ‘Lying is a mortal sin’. As Kalina digs deeper into the women’s shared past, she unearths the perjury that sentenced an innocent man to prison. After discovering Ms. Ellicott dead in her home, Kalina and Detective Harper must race to unmask the killer before vengeance can be sated.
**FREE on all platforms!**
Add to Goodreads
Amazon* Apple * B&N* Kobo 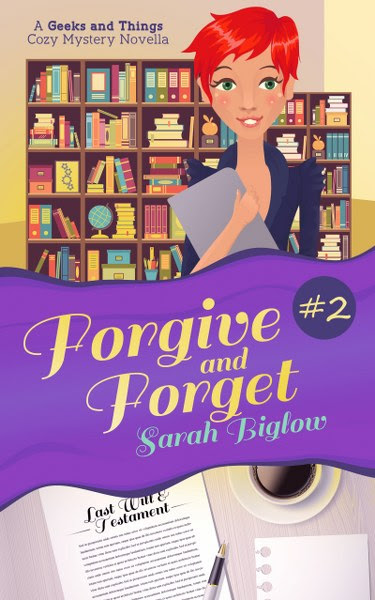 Forgive and Forget
A Geeks and Things Cozy Mysteries Novella #2

Your favorite amateur sleuth is back on the case in the second installment of the Geeks and Things Cozy series.
Life is looking good for Kalina Greystone. Geeks and Things is thriving and she’s even rekindled her high-school romance with Detective Christian Harper. But her world spins off-kilter when she finds her high school best friend, Nadine Larrabee, huddled over her father’s dead body.
Nadine fears she’s responsible for her father’s death but doesn’t remember details. As Kalina keeps close to the investigation--certain her friend is no killer--a horrifying family history unfolds, providing motive for the girl Kalina once knew. Refusing to believe Nadine is capable of such an act, Kalina peels back the layers of family drama to find the truth.
Add to Goodreads
Amazon* Apple* B&N* Kobo 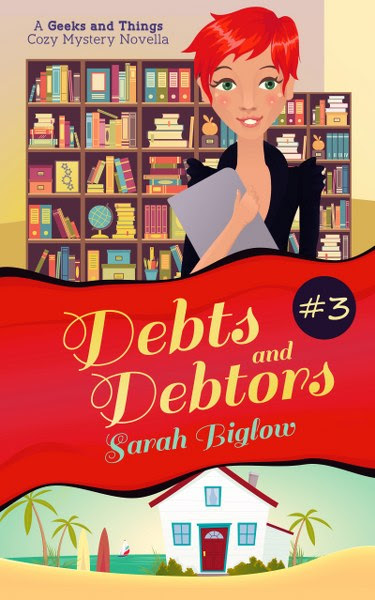 Debts and Debtors
A Geeks and Things Cozy Mysteries Novella #3

Kalina Greystone is back for another small town, amateur mystery in the third installment of the Geeks and Things Mystery series.
It’s Thanksgiving in the small town of Ellesworth, MA and Kalina and her family have gathered to celebrate the holiday—their first since her father’s passing—but all is not well when Savannah Chase, Jillian’s college roommate appears on their doorstep. She’s distraught over her missing husband. She just knows something’s happened to him. Despite knowing Chris wouldn’t approve, Kalina keeps tabs on the investigation. After all, Savannah is like family.
The investigation takes a turn for the curious when Mr. Chase’s body is found in a foreclosed house in a area ripe for commercial development. Kalina and Chris soon discover that Thomas had recently changed jobs, giving up real estate for debt collection. But who would want him dead? The more Kalina digs, the more she finds herself in the cross-hairs of a dangerous man. She and Chris must solve the case before she becomes the next victim.
Add to Goodreads
Amazon* Apple * B&N* Kobo 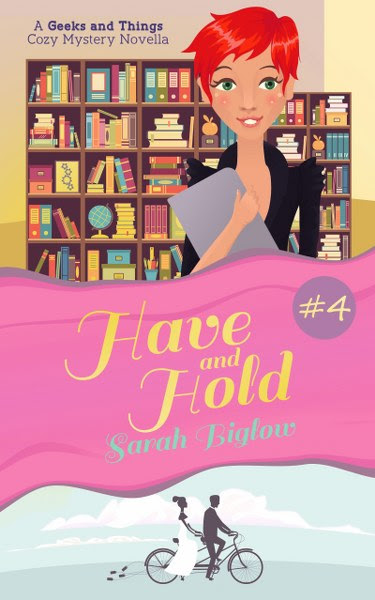 Have and Hold
A Geeks and Things Cozy Mysteries Novella #4

Your favorite amateur sleuth is on the case in a new Geeks and Things Cozy Mystery.
The small town of Ellesworth, MA is abuzz with the upcoming wedding of Kalina Greystone and newly promoted Police Captain Christian Harper. But not everyone is thrilled for the happy couple. On the morning of Chris’s promotional ceremony, they receive a shocking package—a severed finger wearing an engagement ring! Under the guise of last-minute wedding preparations, Kalina questions a local jeweler who may have sold the ring adorning the finger. In fact, he’d sold three such rings recently. When a second finger is sent to a local reporter and the bodies of the victims are discovered near the beach, Kalina knows there is little time left to find the third victim. But why target these brides-to-be? After digging deeper, she uncovers a startling connection between the players and must race to save the woman who is the true target of the killer’s rage.
Add to Goodreads
Amazon* Apple * B&N* Kobo 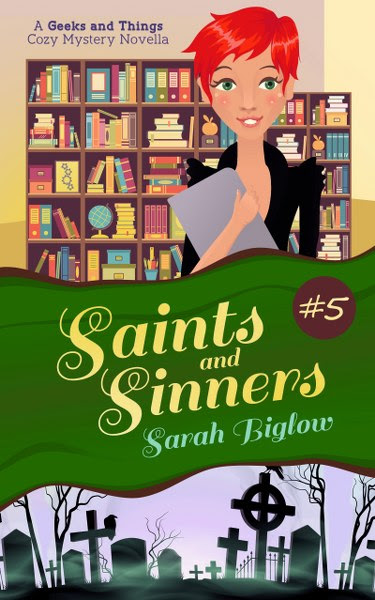 Saints and Sinners
A Geeks and Things Cozy Mysteries Novella #5

Your favorite amateur sleuth is back for one last case in the final installment of the Geeks and Things Cozy Mystery series.
Kalina Greystone’s life has finally fallen into place. Now happily married and eight months pregnant, she is ready to step away from sleuthing and give all of her time to her family and Geeks and Things. Unfortunately, sleuthing isn’t quite done with her. On a trip to the cemetery to visit her father’s grave, she happens upon a dead woman’s body. Video footage reveals the killer but the case takes one bizarre turn after the next. The woman, Verona Maxwell, shares fingerprints with Paige Fischer, a little girl who died over fifteen years ago in a boating accident with her twin brother, Patrick. Or did they? The killer looks an awful lot like Patrick. Having briefly known the twins in her youth, Kalina searches their past in the hopes of making sense of the present. But the more she digs, the darker the reality becomes. Systemic abuse by Paige and parental neglect rise to the surface, making her wonder if the past isn’t as buried as everyone was led to believe.
Add to Goodreads
Amazon * Apple* B&N * Kobo

Sarah lives in Massachusetts with her fiancé. She is a licensed attorney and spends her days combating employment discrimination as an Investigator with the Massachusetts Commission Against Discrimination.
She is a self-professed TV junkie and in her spare time (what’s that?), she runs a TV recap blog with her best friend (and sorority sister), Jen. Sarah currently enjoys an array of TV shows including (but definitely not limited to) Once Upon a Time, Blindspot, Chicago Fire, Chicago Med, Chicago PD, Grimm, The Flash and Arrow. She is always on the hunt for new shows to binge!
Website* Facebook* Twitter * Amazon* Goodreads