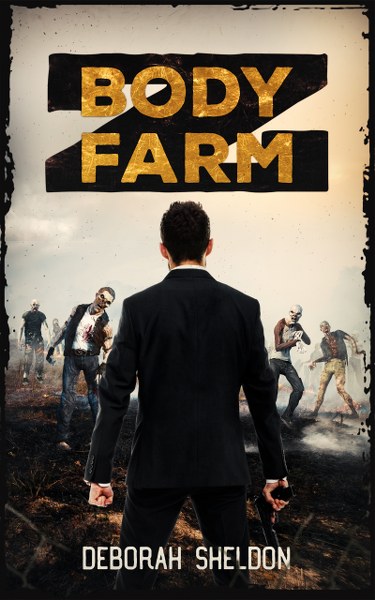 To solve murders, you must understand the process of decomposition. Australia’s newest body farm, the Victorian Taphonomic Experimental Research Institute, is hidden in bushland some four hours’ drive from Melbourne. Scattered across its 150 acres are human donor cadavers and pig carcasses arranged to mimic some of the ways in which police might find murder victims: exposed to the elements, buried in a shallow grave, wrapped in tarpaulin. Forensic scientists and graduate students meticulously track each stage of putrefaction. Today, Detective Rick Evans of the Homicide Squad is at VITERI for the re-creation of one of his cold cases. A human donor will be locked inside a car. But the donor has other ideas... So begins a facility-wide outbreak of the reanimated dead.

This can’t be real, Rick thought. With her back turned, Violet grabbed the lip of the car boot and hoisted over a leg as if preparing to descend a ladder. Her toes splayed and groped for the ground. She was climbing out. The corpse was climbing out. No, she was alive, she had to be. Nothing else made sense. Somehow, Violet was alive. “Oh Jesus,” Cheryl gasped. “Oh shit. Oh God.” “Fuck! Fucking fuck,” Garcia wailed. Both their voices sounded distant and tinny, funnelled down a pipe. Rick knew what it meant: his system was overloaded with adrenaline. That also explained the tingling in his extremities, the shaking hands, loss of peripheral vision, his laser-like focus on Violet. Another side effect of adrenaline was overthinking. Pointless overthinking. Circular reflections incapable of problem-solving. Reflections that can get a police officer killed. What’s happening? I don’t understand. How should I respond? I’m scared. What should I do? ... What’s happening? I don’t understand. How should I respond? I’m scared … If he didn’t shake off his confusion, panic would continue to paralyse him. He had to act. First, he put his hand on his gun, a Smith & Wesson M&P40, nestled in his shoulder-holster. Then he sucked in a breath of fetid air and took a couple of steps to force his legs out of their jellied state. “Madam,” he said, voice loud, stern and commanding. “My name is Detective Senior Sergeant Rick Evans. I’m from the Victorian Homicide Squad. Please stay where you are. Stay inside the boot. We need to talk. I need you to stay inside the boot while we talk. Understand?” “Shit, oh shit,” Cheryl moaned. “That donor is dead,” Garcia said. “Boss, she’s dead. What the fuck?” “Madam, stay where you are.”  Violet continued to struggle backwards out of the car. Her shoulder blades, buttocks, calves and heels were fish-belly pale, the rest of her a bright and livid purple. Hypostasis. Post-mortem lividity. After death, capillaries are unable to fill with blood when under pressure. Violet must have laid supine on a hard surface, such as a floor or mattress, while her blood circulation came to a standstill and coagulated. No, it couldn’t be … It just couldn’t. Sweat ran from Rick’s hairline. His vision pinned. Both her feet touched ground. The blanched toes, wrinkled as if soaked in water for a long time, grasped and found purchase in the dirt. She turned. Took a hesitant, faltering step. “Stay where you are or I’ll shoot,” Rick said. He had discharged his weapon in the line of duty only once before. To defend against a man wielding a machete. A man running and slashing at people in the city. Rick had sprinted towards him and, at approximately seven metres — the minimum safe distance — aimed at the man’s chest and squeezed the trigger. Blam. The man had survived the ambulance ride but expired in hospital. An internal investigation had absolved Rick after a gruelling pass through the wringer. But the nightmares Rick had endured, the flashbacks, the second-guessing … Stop thinking. Stop thinking and do something. Violet edged closer, slowly and with effort, shuffling her stiff legs. Dark green veins showed in her face. This whole time she hadn’t blinked. Rick was sure of it. “Stay where you are!” he shouted, and the cracking of his voice frightened him. He stared at her in disbelief, noticing every little detail. Her breasts were long and empty as if she had recently lost a considerable amount of weight. Below her navel, a baggy roll of skin hung like an apron and obscured her bush. Perhaps she had a scar beneath that apron. Perhaps a surgical scar from a hysterectomy had contracted, pulled the skin tight as a purse-string and bisected her belly. Rick’s wife had the same problem but from an emergency C-section, their third daughter, a breech birth ... What’s happening? I don’t understand. How should I respond? I’m scared. What should I do? ... What’s happening? I don’t understand … “My fucking God!” Cheryl shrieked. The terror in that shriek jolted Rick like a slap. He unclipped his holster with trembling fingers and took out the gun, pointing it at Violet. The sight of her threatened to loosen his bladder. Maybe even his bowels. “Stay where you are,” he said. “Stay.” Like talking to a dog, he thought. That neighbour’s dog when he was twelve, the pit bull — “For Christ’s sake, she’s a zombie!” Cheryl cried. “Shoot her!” A zombie? But how on earth — “Come on!” Garcia yelled. “Boss, shoot the fucking zombie! Do it now!” 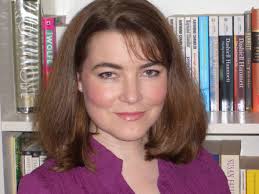 I'm an award-winning author from Melbourne, Australia. I write short stories, novellas and novels across the darker spectrum.

My latest releases, through several publishing houses, include the horror novels "Body Farm Z", "Contrition", and "Devil Dragon"; the horror novella "Thylacines"; the crime-noir novellas "Dark Waters" and "Ronnie and Rita"; and the dark fantasy and horror collection "Perfect Little Stitches and Other Stories" (winner of the Australian Shadows Best Collected Work 2017).

My short fiction has appeared in many well-respected magazines such as Quadrant, Island, Aurealis, SQ Mag, and Midnight Echo. My fiction has been shortlisted for numerous Australian Shadows Awards and Aurealis Awards, long-listed for a Bram Stoker Award, and included in various "best of" anthologies. I'm also guest editor of this year's edition of Midnight Echo.