The Revenge Game by Alice Gaines Book Tour and Giveaway :)

Adam Morrow is a self-made millionaire. But one night with her could ruin everything…

I’ve worked my ass off for what I have, and I’m damn proud of it. I started off with nothing and now I’m filthy rich. Let me tell you, there’s nothing like revenge to help you get your ass in gear. And that’s what I’m taking, with every exclusive resort I open—sweet, sweet revenge…on her.

Nicole Westmore was my first love. The poor little rich girl stole my heart with her sweet smile, hot body, and irresistible innocence. The summer I worked for her father was the best time of my life…until he drove me away. Even then, I thought Nicole would wait for me. She didn’t.

And so, I decided to get even, opening rival hotels, slowly driving them out of business. The old man is gone now, but Nicole is still running the company that’s about to collapse. All my hard work will soon pay off.

And then I catch sight of her at a wedding, and all those feelings come rushing back--for both of us. Still, she doesn’t know what I’ve done—yet—and she seems more than willing. What will one night in her bed hurt?

The sex is hotter than ever, and I can’t help wondering if I’ve made a mistake. Until I get up the next morning…and realize I’ve been kidnapped! 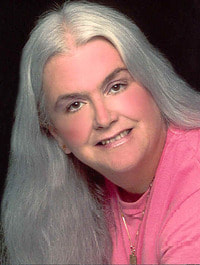 Alice Gaines lives in the San Francisco Bay Area in a fixer-upper house she never fixed up. Aside from writing and reading hot, hot romance, she loves cooking, knitting and crocheting, and her church. She has a pet corn snake named Casper and she's insanely passionate about the funky soul band, Tower of Power.

$25 gift card from the winner's retailer of choice