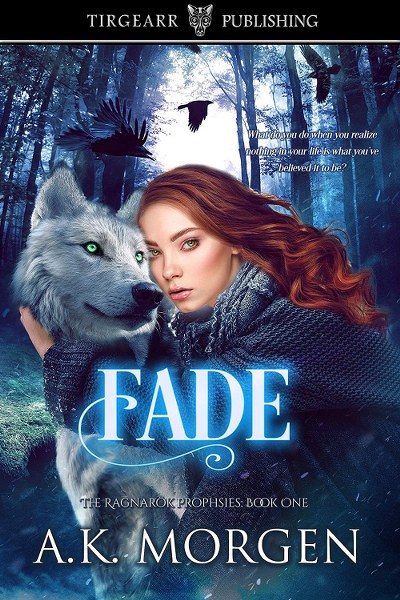 What do you do when you realize nothing in your life is what you’ve believed it to be?

When Arionna Jacobs loses her mother in a tragic accident, her world is turned upside down. She’s forced to leave her old life behind and move in with her father. Dace Matthews, a teaching assistant at her new college, is torn in two, unable to communicate with the feral wolf caged inside him.

When they meet, everything they thought they knew about life unravels. Dace has intimate access to Arionna’s mind, and something deep within her fights to rise to the surface. They don't understand what's happening to them or why, and they're running out of time to sort out the strange occurrences around them.

Their meeting sets an ancient Norse prophesy of destruction in motion, and what destiny has in store for them is bigger than either could have ever imagined. Unless they learn to trust themselves and one another, they may never resolve the mystery surrounding who they are to one another, and what that means for the world.

I jumped as his voice sounded clear as bells in my head. What are you doing? His mental voice was too calm. He'd heard my thoughts. My face burned. I was trying to talk to you. I don't exactly know how to do it, I answered, defensive and mortified. I didn't mean to share those last thoughts with him, and like so much else, he'd received them anyway. Again, it just wasn't fair. I guess it worked. He sounded amused, though his tone seemed darker than usual, like when he kissed me. I stored that knowledge away for future use.

I don't know where Chelle lives.

You could have called.

Why? You never call me.

No. I had his attention now. Why bother with the phone? It didn't make sense. Still, would it kill him to pick up the phone once in a while, like normal people did, instead of always leaving me to do the calling? I'm not normal people, Arionna. How could one boy be so clueless? Oh, forget it. Where does Chelle live? Dace sighed then gave me her address. I sat up straighter in the seat and put the car in drive, not even thanking him. Sue me, I wanted to sulk for a little while. Talking to him aggravated me. Things that should have been obvious were beyond him. He had no clue what a girl wanted. Ironic as hell since he got to know my every thought whenever the desire struck. Meanwhile, I muddled along, trying to sort out this person who made no sense half the time. He didn't even tell me no, he wouldn't teach me how to figure out how to access his mind. He ignored the situation and acted like I didn't say anything the four thousand times I demanded to know how. And even worse than all of that? I still felt him in there, nestled into his little corner of my mind. I growled aloud. Do you honestly think I'd take your virginity on a picnic table? His curious tone held more than a little hurt. Why not? I stopped at a red light. It's better than the back of a car. I couldn't hold back the snippy reply. Dace sighed. When we do that, Arionna, it won't be on a picnic table in the middle of winter, or in the back of a car. And you won't regret it, not for a minute. I didn't know how to respond to that, so I didn't try. By the way, you're going the wrong way. Chelle lives on the other side of town, behind the grocery store. "Ugh!" I yelled. 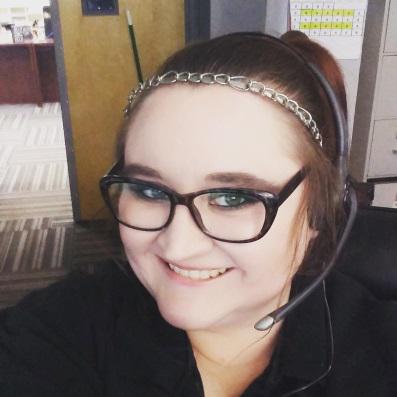 A.K. Morgen is the Amazon Bestselling author of the Ragnarök Prophesies series. She lives in the heart of Arkansas with her childhood sweetheart/husband of fifteen years, and their furry minions. When not writing, she spends her time hiking, reading, volunteering, causing mischief, and building a Spork army.

She puts her education to use as a 911 Dispatch Supervisor, where she's responsible for leading a team of dispatchers as they watch over police, EMS, and firefighters for her county.

Ayden also writes steamy contemporary romance under the pen name Ayden K. Morgen. You can visit her online at http://akmorgen.com or at the links below.