Daughter of Rage and Beauty by Amy Pennza Book Tour and Giveaway :) 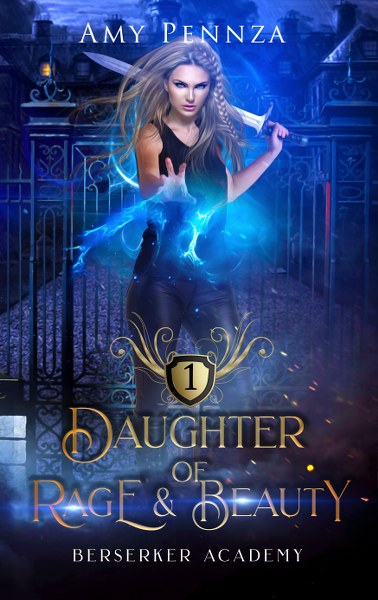 The sagas claim you can’t fight fate. I’m determined to prove them wrong.

They say your twenties are supposed to be the best years of your life.

Clearly, they don’t know what they’re talking about.

Because right now, my life is in shambles. As the daughter of one of the most powerful berserkers in the world, I should be taking my place among the noble guild of berserker assassins. By now, I should have mastered my emotions and conquered my rage—all the better to use it as a weapon when called upon to kill.

But I’m not just Harald Berregaard’s daughter. My mother was a nymph, which makes me a magical mutt. When I was born, my father thought I might possess the best traits from both races.

Now he’s shipping me off to the Berserker Academy, where the unofficial motto is “graduate or die.”

With the stakes this high, I can’t afford to get distracted. Too bad the academy’s headmaster keeps showing up at the most inconvenient moments, reminding me how much I suck at magic. And fighting. And basic conversation.

It doesn’t matter that he does it with a smile. Or that his eyes fire silver when he’s amused . . . or aroused. Hauk Sigridsson has his own problems. He’s not going to be one of mine.

On the other hand, he’s offered me a way to accelerate my studies and make it out of the academy alive. I just have to help him steal a priceless rock and defeat one of the most powerful immortals to have ever lived.

I’m in way over my head, but I’m determined to survive. They say you can’t fight fate. I’m going to show fate exactly what I’m made of. 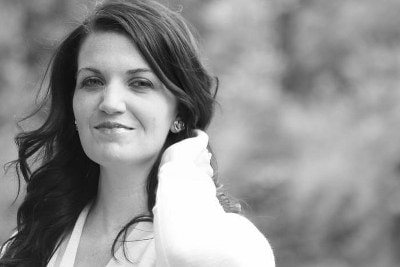 Amy Pennza has been a lawyer, a soldier, and a copywriter. She's worn combat boots and high heels in the same 24-hour period--and she definitely prefers flip flops. Actually, she prefers going barefoot while writing steamy romances about strong women and alpha men with hearts of gold. After years in Tornado Alley, she now makes her home in the Great Lakes region with her husband, kids, and more baskets than any one person should own. (You can never have enough.)

Keep up with new releases, news, and giveaways by visiting www.amypennza.com

Want free books and other fun stuff? Sign up for Amy’s newsletter at www.amypennza.com/subscribe

10 Fascinating Facts About the Romance Novel Industry
If you love romance books, you should know that you’re part of the single largest genre in all of literature. Romance novels outsell every other type of book out there, and romance authors are always coming up with new titles for readers to enjoy.
This is good news for romance fans, who are known to be voracious consumers of their favorite genre. In fact, 15 percent of romance readers buy a new book (or two) at least once a week. Here are 10 other facts about the romance novel industry that might surprise you.

2. Romance Readers Are Not “Crazy Cat Ladies”
Despite numerous studies and surveys that prove the contrary, the stereotype of the average romance reader as a solitary woman with a houseful of cats persists.
However, the reality is far different from this caricature. The average age for romance readers is 42, and most romance books (44 percent) are purchased by readers between the ages of 18 and 44.

3. Men Read Romance Too
Romance is strongly associated with the ladies, but men are discovering the power of romance, too. According to Nielson BookScan data, 16 percent of romance readers are men.

5. Romance Novels Helped Spur the Ebook Boom
Considering how many ebooks are sold, it’s hard to believe that digital books have only been around a relatively short period of time.
The ebook industry has the romance genre to thank for its success. Nielson data reports that 39 percent of all ebooks sold in 2014 were romance novels—a number that has continued to grow year after year.

7. Romance Novels Are Part of College Courses
If you love romance, why not study it as part of your university coursework? Now, you can. Professors have incorporated the romance genre into their classes at prestigious schools like Yale and Duke University.

8. Most of Your Favorite Romantic Movies Were Romance Novels First
Think of your most beloved romantic movie, and there’s a good chance it started out as a romance novel.
Moreover, this isn’t a new trend. Gone with the Wind was a novel by Margaret Mitchell. Leo Tolstoy wrote Anna Karenina in 1878.
In more modern times, The English Patient was written by Michael Ondaatje. Before it was a popular series of movies, Bridget Jones’s Diary was a novel by Helen Fielding.

9. The Publishing Industry Is Overwhelming Female
Okay, so this fact isn’t necessarily limited to the romance genre. However, it is pretty fascinating. Across all genres, publishing is dominated by women. In fact, 78 percent of people in the publishing industry are female, making it one of the few businesses run almost exclusively by women.

10. Romance Audiobook Sales Are on the Rise
Audiobooks have exploded in popularity in recent years, with romance leading the way. According to Publishers Weekly, audiobook sales grew by 22.7 percent in 2017, earning about $2.5 billion. The most popular genres for audiobooks include romance, science fiction, and suspense.

So there you have it. Not only is the romance genre a market leader, it’s much more diverse than critics give it credit for. If you’re an avid romance reader, you already know how much the genre has to offer. So grab your favorite romance book and indulge in the exciting escape only romance can offer. 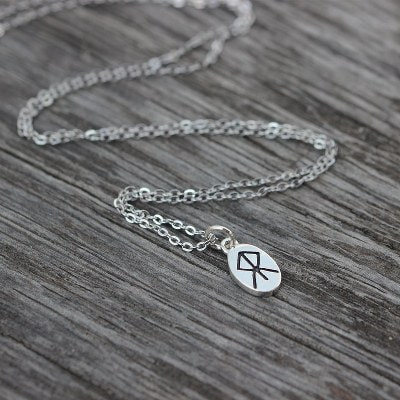