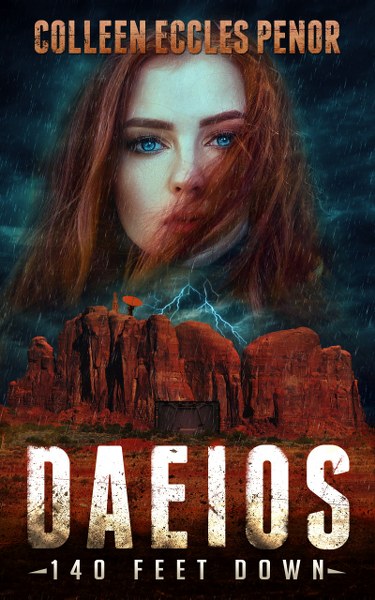 They believed Daeios would be a safe haven.

Fleeing apocalyptic weather, a young survivalist woman and her family seek safety deep underground. But a new danger awaits them.

When the leaders of the shelter announce their plans to repopulate the earth using all fertile females, Shea knows she will be forced to become a breeder. Horrified at her impending fate, Shea must make the gut-wrenching decision whether to breed with an elderly, sadistic man and bear his child, or to fight the breeding, knowing that defiance will endanger her life and that of those she loves most.

A dystopian thriller with overtones of The Handmaid’s Tale, Shea’s chilling story will appeal to readers with an interest in family and survival.

The sisters assemble behind me to observe the results in the mirror, looking only at me, as if their reflections weren’t showing in the looking glass. They exclaim at my beauty and declare my makeover a success. I see a deranged Barbie doll with small boobs. Maybe they’re too flat to be called boobs. They turn me in the chair with a small mirror in my hands so I can see the back of my hair—it’s pretty in curls, and has grown a few inches since we came here. They beam at me, they caress me, they play with my hair, they gloat over the results. All except Mother. I catch one glimpse of her face in the mirror. She’s not elated or disapproving of my appearance—her face is etched with angst. She disappears again behind the bevy of women, but I’m reassured that she’s here. The women seat me in a plush, high-backed white chair that reminds me of a throne. I’m facing a mirrored door opposite the one through which we arrived. It surely contains the Breeding Room. Has my seed-bearer, or perhaps all of the Elders, been watching the entire time? The sisters form a ring around me, holding hands, their eyes closed, with peaceful smiles on their faces. I wish I could see Mother. The ladies begin a prayer, in unison, that I’ll be fruitful, that my womb will be accepting of the seed-bearer’s sperm, that I may have many babies in the name of God and Daeios. That I’ll maintain my health and that of my children. They repeat themselves and repeat themselves, and after a while, the prayer becomes more of a musical chant filled with resonant voices. The sisters sway from side to side, and it’s as though they will transport me from the throne to the other side of the door with their voices alone. The chanting stops abruptly, and two women drop from the circle to take my hands and help me rise from the throne. Robe Lady slips in to remove the robe. The women get behind me and drive me toward the door, giving me a moment to admire my lithe body in the full-length mirror one last time before it becomes distorted with pregnancy. I look prepubescent with my labia shaved and my almost nonexistent boobs. I drink up every line of my face and body. When will I see my reflection again? “Off you go,” Sister Leah says as she scans a key card to open the mirrored door. As she holds it open for me, the women exclaim, “Bless you, Sister Shea! Bless you!” They push me through the door with soft hands on my back and ease the door closed behind me. 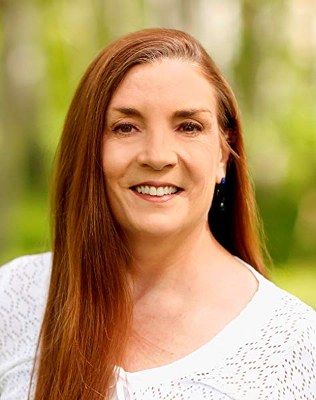 Colleen Eccles Penor wrote and illustrated her first children’s book, The Rubber Ducky, when she was seven, and sold it for 25 cents, keeping 100% of her royalties. She's a United States Army veteran who served as a military police officer, where she learned survival skills and the use of multiple weapons, skills needed by the characters in DAEIOS: 140 FEET DOWN. This is her debut novel.

Most people my age have experienced at least one “it’s a small world” encounter. My most memorable such experience happened while I was in the military.
I was hanging out in a pub with some people from my platoon and wasn’t enjoying myself in the least. Too much cop-talk. While people-watching, one of my favorite pastimes, I saw a group of men my age who were obviously having fun as they were laughing loudly and high-fiving. I went up to them and asked them what they were doing (celebrating a birthday) and I ended up spending the rest of the evening having fun with them and developed a friendship with Wayne.
Once, Wayne came to pick me up for a night out. As I settled in and fastened my seatbelt, Wayne asked, “Okay, so you’re a military police officer and you’re from Wyoming. Do you know Bob Palmer?”


My jaw almost hit the floor. I had worked with Bob at McDonald’s before joining the army. Wayne had been stationed with Bob in Germany before coming to Maryland, and Bob had talked to Wayne about me, giving Wayne the two clues to my identity. Wayne called Bob that night as I sat beside him. When he said, “Guess who I’m with?” it was Bob’s turn to have his jaw hit the floor.