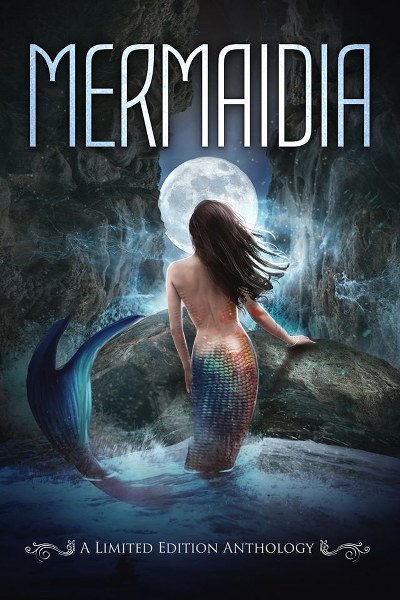 Love mermaids and all creatures aquatic? This limited time anthology is just for you! With more than 700 pages of captivating fiction, you’ll be enchanted by sirens, dive the depths with a mermaid, and fear whether the sea witch is friend or foe.

Are you ready to dive in before your chance is lost forever? Then order this limited-edition collection of exclusive material from USA Today and award-winning authors

Including the following stories and more!

Queen of the Island by Bokerah Brumley

Fated to be together, Calder and his mate must overcome the evil nymph that would keep them apart.

Seize the Storm by Kristi Lea
An Isyre hides from the hunters who killed her family, as far from any ocean as she can be. The fire mage who discovers her secrets has a few of his own. Can they trust each other to face their pasts

Touched by a Mermaid by Raine English
A secret society. A sea witch bent on revenge. An ancient world in peril.

Paranormal Maritime War by Nicole Zoltack
A stolen selkie skin just might start a war between the merfolk, the selkies, and the sirens.

Racing the Clock by Catherine Banks
“You will seduce the prince and convince him to give you his soul. If you fail, you will give me your soul for eternity.”

The Church of Moon and Sea by Sara Elizabeth
She must choose between two loves – the sea or the land.

Fury by Merrie Destefano
To survive, she made a secret deal in the Underworld.

Soul's Reef - Kai Ellory Viola
A mysterious phenomenon. A weird cult.  Vaccines needed at the end of the universe - Captain Holloway just needs to get through the reefs.

The Sea of Time and Stars by Mara Amberly
"A woman watched from just above the water line, her sleek blue hair drifting in the water around her. One moment she was there and the next she was gone; so quickly I could’ve put it down to my imagination or a hallucination from my injuries.”

from FURY by Merrie Destefano

The palace corridors felt cold and hollow, my footsteps echoed off polished granite walls. From time to time, a familiar face nodded and spoke a greeting, but I never heard their words. I felt like I was caught in a whirlpool. Because no matter how far I walked, I couldn’t shake off the warmth of Riley’s kiss. It didn’t make sense. She wasn’t my type. She was too young and too feisty and too much like me. I hated to admit it, but I preferred girls who were easy to manipulate and who weren’t all that bright. Riley was neither one of those. The sooner I got her out of Rìoghachd, the better. Then I could get back to my regular life. I pulled my shoulders back as I picked up my pace, walking faster, remembering how I used to spend my days and nights. Gambling with Sea Warriors who sank and plundered human ships. Taking midnight strolls through Scottish villages where the girls didn’t notice my blue skin. Dining at the King’s table from golden plates and drinking salty seawine from diamond-embellished goblets. Everything about my life had been off-kilter since that wretched Selkie arrived. It felt empty. I hated it.

**scroll through the slideshow to find out more about the authors!!**
https://albumizr.com/a/B5rn