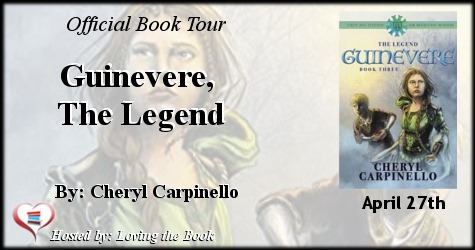 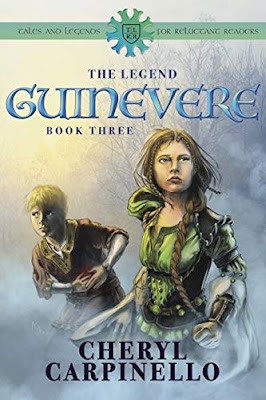 Book 1 On the Eve of Legend

The stories about King Arthur of Camelot and his Queen Guinevere have always fascinated me since I was just a little kid.  So when I saw this series come up I had to read it!  Of course we all know the "stories" about how Guinevere married Arthur but fell in love with his first knight Lancelot and they had an affair.  But is that what really happened??

Book 2 On the Dawn of Legend

Serious
Fun
Characters
Brynwyn: Cedwyn’s mother. She has cared for Guinevere since the age of 4 when the Queen died.
Cedwyn (Said-when): 11 years old. Loyal life-long friend of Guinevere. When he was just learning to talk he couldn’t pronounce Guinevere so he called her Guin’ver (Gwen fer).
Guinevere: 15 years old. Still a princess as her marriage to Arthur has been postponed until the fighting is finished
King Arthur: Son of Uther Pendragon. Perhaps the greatest and most well-known king of Medieval England, known as The Once and Future King.
King Leodegrance: (Leo-day-grants): Guinevere’s father.
Merlyn: A wizard who—according to Legend—hid the young Arthur away until it was time for him to take over as the ruler of England (Britain). He lives backwards in time and has a long white beard.
Queen Roslyn: Guinevere’s mother who died when Guinevere was 4.
Seren Brenin: King Arthur’s retired war horse as black as the night. A gift to Guinevere, the name is Welsh and means King’s Star. This story can be found in the short book Guardian of a Princess and other shorts.