The Meridian Chronicles by M.D. Fryson Book Tour and Giveaway :) 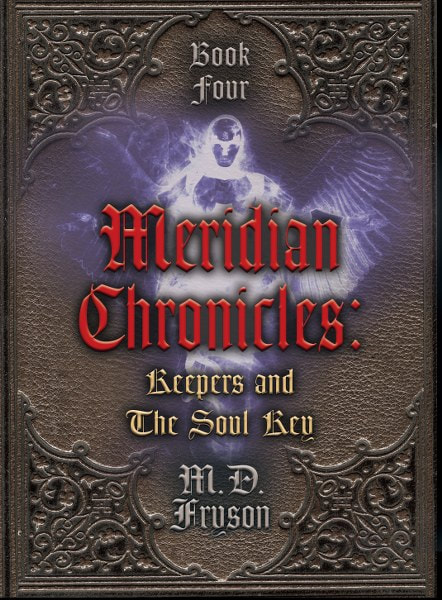 What has happened to Aiden after his selfless act of sacrificing his life for Meridian? Where did Meridian go? True love can break the curse, but only an act of true love from a twin soul sets her free.
Their epic and sudden departure have left their friends, witches, fairies, and spirits in search of their souls.

While the high court demons strategize their attack of the hall of souls to absorb the angels' power — the only demoness at court has her secret obsession, and she used Moloch, the dark one's soul collector, who may have taken more than just one soul of a wicked witch.

Astaroth's secret obsession and help from Moloch may indirectly help the dark one's plan. But there is one problem that lingers.

Lahash, the rogue demon of the high court, has been charged to destroy his obsession, Echo, the Earth nymph. After kidnapping her and taking her to the dark realm, she is weakened and cannot fend off the brooding demon's lust. In a passionate moment, Lahash finally confesses why he is so obsessed with the nymph, and she admits her secret knowledge of human souls.

The search for Meridian and Aiden surfaces a shocking revelation. Aiden is trapped and needs to be saved, but from whom?

The keepers, known as the angels, have one request that the chosen one must accomplish before Etheria can be saved, and Aiden to be returned. There is only one weapon that can destroy the demons, and it is the angels' quartz sword hidden on Earth.

Will Etheria's chosen one of the spirit realm find the sword? Will the demons be destroyed, or will dark one's plan triumph? Can the fallen finally be freed of their awful fate? Will Lahash kill Echo?

Find out if all is to be in vain or if the chosen one can defeat the demons, connect with her twin soul, and form the powerful soul key that can save all.

Meridian & Aiden in the dark realm 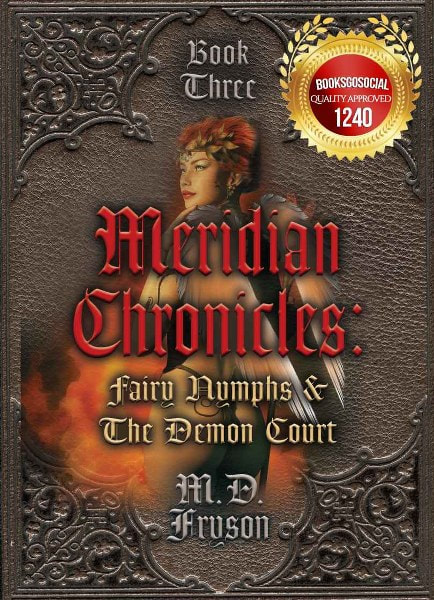 Meridian, stays with Raina the ex-coven member who uses black magic to keep Meridian at her side.

Aiden struggles with Meridian’s absence having no idea why she really left him. The demon court has their own agenda in the fight for human souls by keeping Meridian banished, but the elemental fairy nymphs come back again to help and may be the ultimate undoing in the fight to send Meridian home. Using the demon’s lustful ways against the favorite of the court, Lahash, may throw a kink in their demonic plan that involves the hall of souls. One good witch answers another of the demon’s riddle setting off a battle in the dark realm, but the real answer still eludes everyone. Is Meridian’s twin soul Aiden? Is it Relic or Kieren? Meridian finds her twin soul but it comes with a price.

In the third of the four installments of Meridian Chronicles series, hang on for love, treachery and a fight for one unique soul that will take you on a ride to a mind blowing ending you won't see coming. 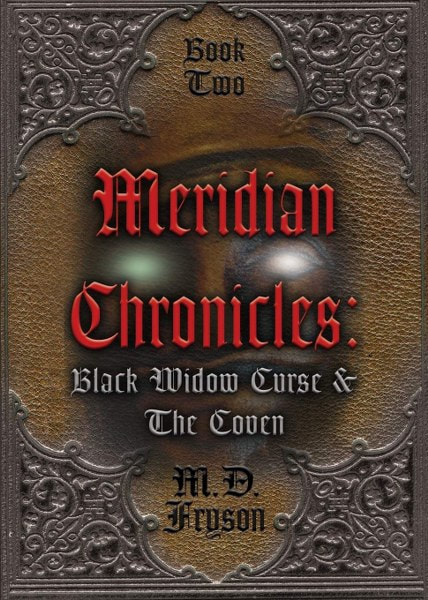 MERIDIAN’S curse has left her in a state all her own of amnesia.

She is on Earth lost and afraid with only fragments to piece together her mysterious circumstance. The curse has taken the unimaginable from her, but that is just scratching the surface. The Black Widow curse will reveal itself through the demon’s riddle, the Coven and the Fairy Nymphs.

A trip back to Salem is just what the psychic ordered, but treachery lurks with an ex coven member who calls on demons. The demon realm offers more riddles than answers, but a stroke of luck from the high demon court, brings in a sophisticated demon, Lahash who has grown tired of the games.

The curse hides Meridian's identity and her memory will unlock the Universal secret of her twin soul to find her way home. As Meridian finds Aiden so do the impacts of her curse and what it could do to their budding relationship.

Meridian’s soul and fate are in the cross hairs, while the odds rise between the demons, witches and the fairies. Finally having found Aiden, the Fairy Queen comes through to send aid to Meridian, but she still doubts herself and contemplates running away from it all. Who is Meridian's twin soul? Will she go back to Etheria or will the curse reign down on Meridian?

Find out in this dark and twisted paranormal romance.

"Great sequel to the first book in the series! I loved the introduction of Lahash. Reminds me of one of my favorite characters from an older book I read some years ago. It was great to get more into the minds of the lead characters and see that they have some of the same thoughts and emotions just like we do. Anyone who loves a good paranormal book with some villains you will love to hate or just hate and a great plot with some nice twists then I would definitely recommend this book!" 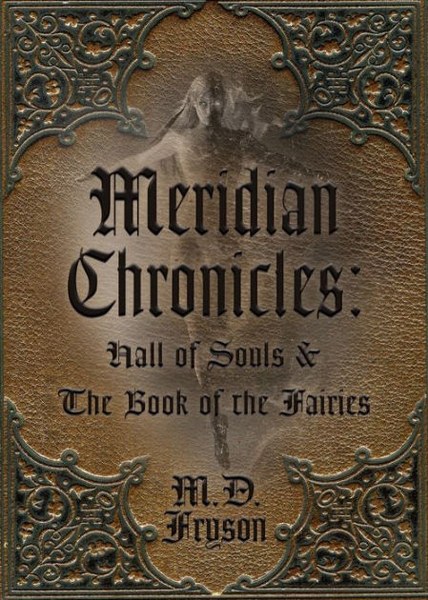 If you love Fairies, have an insatiable love for the unseen, enjoy a good riddle shrouded with demon twists and believe in soul mates; hang on for a ride with Meridian through the twists and turns in this paranormal love story.

Notorious leader, Warrick has it out for Meridian and her circle of Spirit Guides and plans to use the Hall of Souls to cast Meridian’s father away for fictitious crimes as a cover for his real agenda. Struggles for the balance of power over humankind and a battle for their existence have the Spirit Guides in a precarious position.

Seeking refuge, the Spirit Guides fall deeper in debt to the mysterious fairy Queen as she capitalizes on the Spirit Guides’ weak position. Answering the dark one’s riddle may be the answer, but the sly queen is no stranger to tricks and riddles. The Queen’s agenda may be Meridian’s downfall.

A love triangle is unfolding in the midst of this epic struggle threatening the unity of the Fairies and the Spirit Guides. Human boy Aiden, son of a fallen spirit guide, unbeknownst to him is in the middle of the love triangle and the source of Meridian’s obsession.

In a race to save her father from the Hall of Souls and a fight for humankind, Meridian is on the horizon to finding her soul mate and taking back her home of Etheria until the Fairy Queen’s deception becomes the ultimate price. 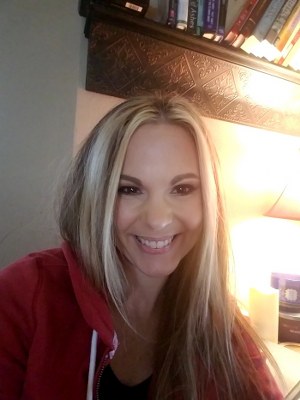 My series is fantasy paranormal and the characters are actually inspired by real people.
Personally, I am a wife and mom to three boys. I am an animal lover especially horses that I used to ride, train and show. Someday will do once more!
I hold a BS in Business Administration with a minor in Marketing. I graduated with a 4.0 and made the National Dean's List 2 years in a row.

I like many kinds of books. Paranormal is my favorite and anything self help, self motivation.
I also like romance novels.

I love chocolate, coffee, my family (not in that order), the beach. Being born a Pisces make it impossible to not love the water...especially the ocean.