Dark Tomorrow Rise of the Crow by Jeremiah Franklin Blog Tour with Guest Post and Giveaway :) 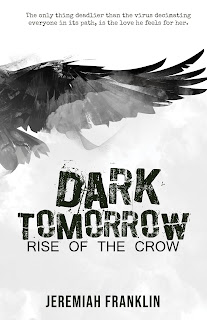 When a deadly virus decimates the majority of Earth's population, 16-year-old Sawyer Bradshaw finds he is both immune and alone in a world that has descended into violent chaos. Armed with only his estranged father's shotgun, and an unrelenting desire to stay alive, Sawyer discovers that he not only has an uncanny knack for cheating death, but also for taking lives. Still, it is not long before he meets his match in a fierce and cunning teenage girl named Sara and by her side Sawyer emerges as more than just a natural-born killer, but also as a leader among men. Nevertheless, as quick as the young survivors fall desperately in love, they find themselves caught up in a series of conspiracies and twisted struggles for power, and they soon realize that more often than not, love, betrayal, and death, tend to walk hand in hand. 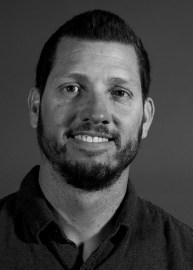 Jeremiah Franklin is a former private investigator, arm-chair survivalist, and author of the Dark Tomorrow trilogy. When he is not creating thrilling post-apocalyptic worlds, or discussing himself in the third person, the author enjoys reading, staying active, and spending time outdoors with family and friends. He holds a Bachelor’s Degree in Psychology, a Master’s Degree in Education, and several other certifications that no one really cares about.
Website | Facebook | Twitter | Instagram

I can’t lie. I got lucky. Like, really lucky. Although it had taken me many years (and at least a dozen re-writes) to finally get the manuscript for Dark Tomorrow: Rise of the Crow to a point where I was ready to query literary agents, it took less than two weeks, and only eight total queries, before an agent asked to read my full manuscript, and then offer representation two days later. Even at the time, I knew that my experience was not typical for most would-be authors, and not only that, the agent offering to represent me happened to be Mark Gottlieb of Trident Media, who is one of the top agents at arguably the most successful literary agency in the world. Obviously, in between pinching myself and jumping up and down, it did not take me long to agree, and from that point on, Mark and I worked together to get the book ready to go. Within a few months we had a very tight manuscript, and we signed a contract with the legendary Georgia McBride at Month9books. Now, I do have to go back and say that although I was undoubtedly lucky, none of this really happened by pure chance alone. In fact, I spent an enormous amount of time not only researching how to write a strong query letter (and writing and re-writing that letter), but also researching which literary agents I wanted to contact in the first place. Still, I think when it comes down to it, you can do all the research in the world, but it is really all about the story. You can write the best query letter, and send it to the perfect agent, but if the manuscript isn’t strong, and you haven’t spent the time honing the craft, your chances of getting picked up by an agent are probably few and far between. Nevertheless, it is possible, and the real key is to always believe in yourself, and to never give up on your dreams. Keep writing (and maybe more importantly, re-writing), and good things will come. And while I was fortunate that my road to publication was definitely not as rocky as some, it still took significant time, focused effort, and a defined strategy to make it all happen.