Love on the Line by Kirsten Fullmer Book Tour and Giveaway :) 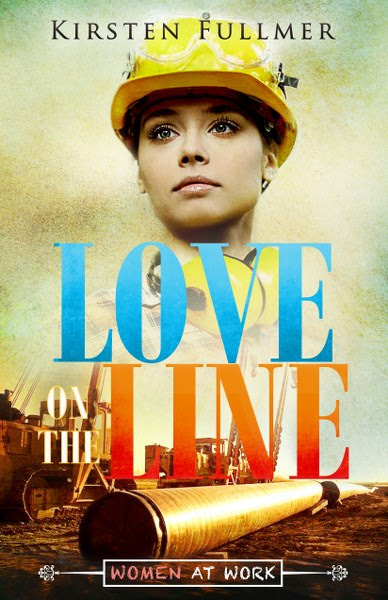 Andy may not have pipeline know-how, per se, but she’s got brains and every right to prove that she can do the job. Her estranged grandpa, Buck, believes she has what it takes to be his engineering assistant, and she’s not about to let him down.

Rooster isn’t a bad guy. He respects women; he was raised by one of the best. But that new girl is too small and… feminine. She’s a distraction, plain and simple, and she doesn’t belong on a pipeline. This job is his chance to impress Buck Brennan, a pipeline legend, and no girly greenhorn is going to ruin it for him.
​
Will Andy prove herself to her grandfather and forge a relationship with the old man, or will continuous disagreements and unexpected sexual tension between Andy and Rooster derail their hard work?

An elbow in her side caused Andy to jolt forward and she stumbled her way down the rest of the wooden trailer steps. Several men glanced her way as they passed, then quickly looked away as if she were fascinating yet horrifying, like kryptonite.


Trying to remember where Buck had parked his work truck that morning, she headed across the yard. As she picked her way through the snow and frozen mud, she noticed a group of nine or ten men who looked different than the others, standing near flat bed trucks with dual tires and machines of some sort on the back. They stared at her silently as she passed. Unlike the other workers, these men were in no hurry. They didn’t wear hardhats or safety glasses, instead they wore soft cloth caps with long bills, some of which were turned sideways, with the bill flipped up against their heads. Their jeans were clean, new dark blue, and ironed crisp with a crease. Arrogance radiated off the group.
There had been a group of boys like that back in high school. She remembered their eyes boring into her as she passed in the hall, their eyes glued to her chest. Invariably one would shove another, causing them to fall directly into her. How could she report being groped when -- A horn honk startled Andy, causing her to trip on a clump of frozen mud. With her cheeks flaming, she tore her gaze from the haughty men to find Buck’s truck pulled up by her side. Glad to have a get-away, she tugged open the door and stretched hard against layers of clothing to get her foot up into the truck. Pulling herself up into the cab, she settled into the seat, out of the wind and away from the glares of strangers. With a grunt she tugged the door closed behind her. As they drove through the yard, Buck was silent, but offered a nod and the lift of two fingers from the steering wheel in greeting as he passed workers. Heat pumped from under the dash as the truck growled and bumped over the frozen ruts, jarring and rattling the paperwork and gear scattered throughout the double cab. “Who were those guys?” Andy asked, leaning forward to see the group of haughty men in the side mirror. Buck pulled the truck to a stop at the gate of the yard. “Who?” He bent forward to peer up then down the road, waiting for a break in the traffic streaming past on the highway. “The ones wearing the funny hats.” He glanced in the mirror. “Them’s welders,” he snorted. Unsure why a welder would be different than any of the other workers, she shrugged. Time clicked past as they drove. Brilliant bursts of morning sunlight flashed through the towering hardwood forest as it slid past Andy’s window. Never before had she seen such dense growth. Even the ground cover was thick and deep. This place was very different that the open rolling green fields of Kansas. Bushes, briars, and plants of every kind made her wonder how anyone could navigate between the trees. She turned from the scenery and back to Buck. “Where are we going?” She asked. It was a simple enough question, but having no idea what lay ahead, she braced herself for the unexpected. 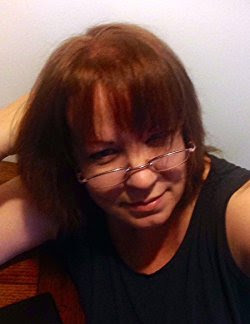