I Am Mrs. Jesse James by Pat Wahler Blog Tour with Giveaway :) 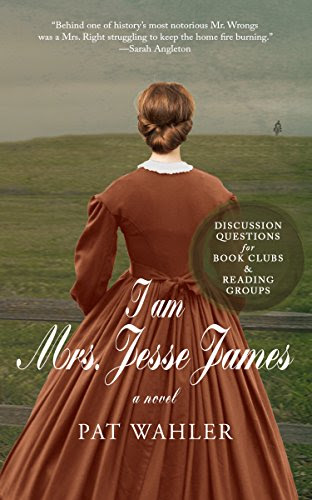 I Am Mrs. Jesse James by Pat Wahler

A penny for a promise will change her life forever. For Jesse James, the war will never be over. For Zee Mimms, the war is only the beginning. The long, bloody Civil War is finally at an end when Zee Mimms, the dutiful daughter of a Missouri preacher, is tasked with nursing her cousin, Jesse James, back to health after he suffers a near-fatal wound. During Jesse's long convalescence, the couple falls in love, but Jesse's resentment against the Federals runs deep. He has scores to settle. For him, the war will never be over. Zee is torn between deferring to her parents’ wishes and marrying for security or marrying for love and accepting the hard realities of life with an outlaw―living under an assumed name and forever on the run. For her, the choice she makes means the war is only beginning.

"A vivid, moving tale of the woman behind the man of myth and legend...a refreshing take on the woman who both inspired and outlived her partner's blaze of glory. This is a book not to be missed!" -Nicole Evelina, award winning author of Daughter of Destiny "I am Mrs. Jesse James presents a woman who, far from being naive or complacent, shows us that pride and love can peacefully coexist against the most violent of backdrops." -Julia Bricklin, historian and author of America's Best Female Sharpshooter: The Rise and Fall of Lillian Frances Smith "A beautifully spun, emotional tale of love and devotion in the most challenging of circumstances." -Sarah Angleton, author of Launching Sheep & Other Stories from the Intersection of History and Nonsense 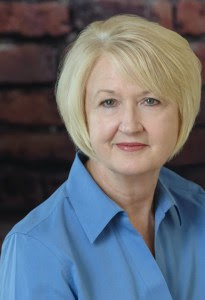 Pat Wahler is an award-winning writer who aims to pen stories a reader will savor. She lives in Missouri with her family, including a Peek-a-poo pup named Winston; and Bogey, a tabby with an attitude. A fan of good books, history, humor, animals, and the arts (her dream job would combine all of these); Pat draws inspiration from family, friends, and the critters who supervise her time at the keyboard. A frequent contributor to the Chicken Soup for the Soul anthologies, Sasee Magazine, and Not Your Mother’s Book anthologies; her work has also appeared in Reader’s Digest, Storyteller Magazine, and other publications. Pat is thrilled to announce the release of her debut novel, I AM MRS. JESSE JAMES, in August, 2018. This story of love, loss, and redemption is based on true events and told from the point of view of Zee James, wife of the infamous outlaw. She is also the co-author of a children's picture book, MIDNIGHT, THE ONE-EYED CAT, releasing in September, 2018. Get ready for Pat's Christmas-themed collection of short stories, essays, and poetry titled LET YOUR HEART BE LIGHT: A CELEBRATION OF CHRISTMAS, releasing October, 2018. For more information, please visit Pat Wahler's website. You can also find her on Facebook, Twitter, Pinterest, Goodreads, and Bookbub.


What inspired you to write your first book?
I am Mrs. Jesse James is my debut novel, but curiosity about Zee Mimms James stirred years ago. I realized there were countless references to the outlaw Jesse James. Historical sites, places he may (or may not) have visited, articles, books, movies. People remain fascinated by him. I knew he had a wife, yet found very little information on her, even after I started researching in earnest. Who was Mrs. Jesse James? It occurred to me she’d become little more than a footnote in her notorious husband’s life. I originally intended to write a short piece about Zee, but soon discovered it would take a book to give her story justice. I started the project in 2009 and worked on it sporadically for more than seven years before seeking a publisher.

What were the challenges (research, literary, psychological, and logistical) in bringing it to life?
There are few primary sources or firsthand accounts related to Zee. This is a problem for a biographer, but provides a novelist with a wealth of opportunities. In addition to a lack of primary sources, the things I did find often tended to be contradictory or in the form of anecdotes left behind by friends or family members who weren’t necessarily reliable narrators. So I chose to read everything I could find on Zee and Jesse, to form my own picture of Zee. Then I created her story within proper timelines, locations, and events, all set in the culture of the Civil War era.

While you were writing, did you ever feel as if you were one of the characters?
Definitely! It became part of the process to put myself in Zee’s shoes and visualize how she might have viewed and reacted to her often precarious situation. This helped me understand her character, empathize with the life she led, and imagine her story.

How did you come up with the title?
My original working title for the book was Under an Assumed Name, which at the time, I thought quite clever. But when I attended a conference and spoke with an agent, she recommended the name Jesse James be included in the title or in a subtitle, because readers would immediately know who the book was about. I trusted her advice and changed the title.

Do you write an outline before every book you write?
Always. I need a general idea of where the story starts and the high points along my path to the finish. That said, if new ideas pop up along the way, or the story strays in a new direction, I have no problem modifying my original plan.

What book are you reading now?
I just started Bellewether by Susanna Kearsley, one of my favorite authors. I met her a couple of years ago and found her to be as gracious and helpful as she is talented.

What are your current projects?
I’m putting finishing touches on my first Christmas-themed book, Let Your Heart Be Light: A Celebration of Christmas. It’s a collection of holiday short stories, essays, and poetry, releasing on October 2. I’m very excited about it. Did you guess Christmas is the highlight of my year?

Do you have any advice for other writers?
Persevere. It’s the word I keep tacked on the bulletin board above my desk, so I’ll see it every day. If you want to write, do it. If you want to publish your work, keep submitting to contests, agents/publishers, or consider self-publishing. With hard work and persistence, you can accomplish whatever you want. I also highly recommend writers join local groups dedicated to the craft of writing. No one gives more valuable advice and support than fellow writers.


Thank you so much for providing such thought-provoking questions!

During the Blog Tour we will be giving away a paperback copy of I Am Mrs. Jesse James! To enter, please enter via the Gleam form below. Giveaway Rules – Giveaway ends at 11:59pm EST on September 12th. You must be 18 or older to enter. – Giveaway is open to residents in the US only. – Only one entry per household. – All giveaway entrants agree to be honest and not cheat the systems; any suspect of fraud is decided upon by blog/site owner and the sponsor, and entrants may be disqualified at our discretion. – Winner has 48 hours to claim prize or new winner is chosen. I Am Mrs. Jesse James