The Sponsored by Caroline T. Patti Blog Tour with Giveaway :)

The Sponsored by Caroline T. Patti 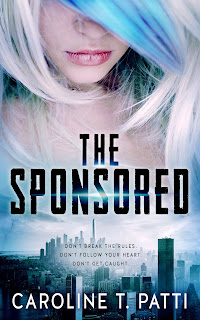 Max Winter is a janitor at a ritzy boarding school. He’s supposed to keep to himself, mind his business, stay quiet about the things he sees, sweep the floors, and under no circumstances is he to have any contact with the residents. Now, Max will break every last one of those rules when he meets Ace Valentine.

Ace Sloane finds out she’s on the wrong side of a war she no longer believes in fighting. Now, she’ll risk everything to get her life back from the people who stole it, including getting too close to exactly the wrong boy.

Grey Winter lost both parents in a fire that should've killed her as well. A “miracle baby,” Grey is sent to live with her Nana who should have told her the truth about who and what she really is. Now she’s at the forefront of a cover-up, all-out manhunt, and the object of one boy’s interest she doesn’t want or need. It’s up to Grey to connect the dots and bring an end to the secrets and lies that have caused so much pain and suffering for so long. 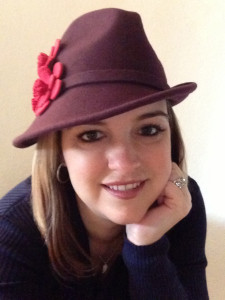 Caroline T Patti is the author of The World Spins Madly On and Too Late To Apologize. When she’s not writing, she’s a school librarian, mother of two, wife, avid reader and Green Bay Packer fan.
Twitter | Facebook | Instagram | Goodreads

“Grey.” Shan’s voice startles me. He’d been so quiet I forgot he was even in the room with us. “Can I talk to you briefly? Privately?” “We’ll give you two a minute,” Seva says. She ushers Ahmed up the stairs and out of sight. Once they’re gone, Shan asks, “Are you okay? I know this is a lot to take, and my parents? They have their own agenda.” “What do you mean?” A burst of air expels from Shan’s chest. He looks around the lab, taking stock. “My parents are obsessed with their work.” “They’re just trying to help.” It’s strange to be defending them to their own son. “They are,” he agrees. “But they also want to see if their experiments work. They want to know the science is real. And I don’t want you to be a pawn for them.” “I’m not.” I appreciate him looking out for me, but I can take care of myself. No one is going to force me to do anything I don’t want to do. “Okay. But then what? Have you given any thought as to what you’re going to do after this?” “I’m not sure I know what you mean. After what?” He gestures sweepingly to the room. “After this? After Julian is put down, or cured, or whatever. After the Richmonds are no longer a problem. What then? What kind of life do you want to have?” His questions bother me; they stir something inside, which upsets the delicate balance of anger mixed with annoyance. No, I haven’t given a single thought to what comes next. Am I supposed to have a normal life? I have no idea. I’m still trying to deal with the aftermath of the bomb that erupted my life. I’m still trying to find my footing. As for what comes next? Who the hell knows? “I’m going to take your vacant stare as a no,” Shan says. “I promised Rose I’d look out for you. And I know my parents did too, but I think if Rose were here, she’d want you to think about the big picture. She wanted a life for you, Grey, and I’m guessing she meant more than this.” “Yeah, well, maybe she should’ve told me that herself. Maybe she shouldn’t have encouraged me to socialize with Julian. Maybe she should’ve told me my parents were Sponsored.” I shake my head. “It doesn’t matter what Nana wanted for me. And since she’s not here to help me figure it out, then I guess I’m on my own.” “Fair enough.” It only takes those two words and I’m instantly reminded of the relationship Shan and I used to have. Long before I took a bullet for him, I kind of considered him my only friend. Whenever I went into his market he never asked me about my life or about school. He never made chitchat about the weather or any other mundane topic that would’ve driven me crazy. He knew then, somehow, that I didn’t want him to pry. And standing here now, today, he seems to know once again exactly what I need. “It’s almost noon,” I tell him.