Ten After Closing by Jessica Bayliss Book Tour and Giveaway :) 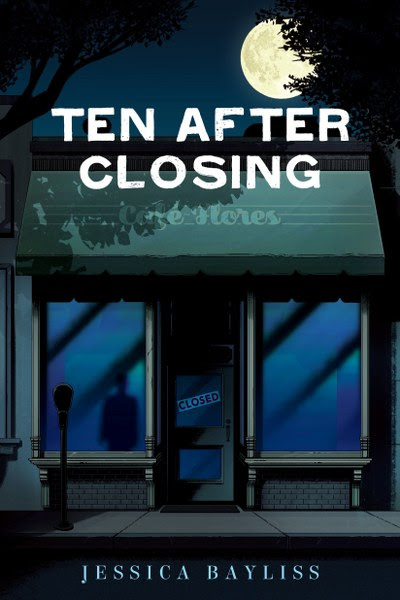 Ten After Closing
by Jessica Bayliss
Genre: YA Thriller

10PM: Closing time at Café Flores. The door should be locked, but it isn't, Scott Bradley and Winsome Sommervil are about to become hostages.

TEN MINUTES BEFORE CLOSING: Scott's girlfriend breaks up with him in the café's basement storeroom because he's late picking her up for the big end-of-the-year party. Now he can't go to the party, but he can't go home, either--not knowing his dad will still be in a drunken rage. Meanwhile, Winny wanted one night to let loose, away from her mother's crushing expectations. Instead, she's stranded at the café after her best friend ditches her in a misguided attempt at matchmaking.

TEN MINUTES AFTER CLOSING: The first gunshot is fired. Someone's dead. And if Winny, Scott, and the rest of the hostages don't come up with a plan soon, they may not live to see morning.

Told from both Winny and Scott's perspectives, and alternating between the events leading up to and following the hold-up, Ten After Closing is an explosive story of teens wrestling with their own challenges, thrown into circumstances that will test their very limits.

Scott and I make six turns. The farther we go, the faster my pace. Every time we come to another bend, I expect to find the way blocked by a fall of rock or dirt or both. Every time the path stretches clear before us, a new flare of hope ignites within me. Before long we’re jogging. We’re going to make it. We’re going to get out, get to a phone, call for help. Save the day. “Nine one one. Please state your emergency,” the dispatcher will say. A woman. It will be a woman who answers. I rehearse my words so I don’t waste a single precious second. Later, when the cops replay the recorded conversation, they’ll marvel at how clearly, concisely, and calmly I communicated the information they needed. The passage shifts to the left, then climbs uphill. This is it. We’re almost there.
“Winny, slow down. Be careful.” I don’t listen. Another corner and three steps later, I skid to a stop. A wall of cracked concrete, fallen stone, collapsed dirt, and tangled roots blocks our path. 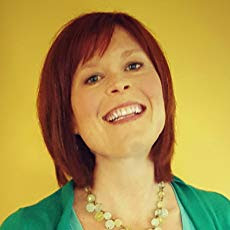 Jessica Bayliss is a fiction author with a Ph.D. in clinical psychology who loves all things reading and writing. Author of the young adult horror novella, BROKEN CHORDS, and her upcoming YA thriller, TEN AFTER CLOSING (Sky Pony Press, September 2018), she has been a lover thrillers and ghost tales since her days scanning VHS rental shelves—admittedly with eyes half-averted from the gory covers. She also loves to eat, cook, and exercise—in that order—and is a firm believer that coffee makes the world a better place.


She has authored thirteen novels and several short stories that appear in anthologies such as BEWARE THE LITTLE WHITE RABBIT, FRIGHT BEFORE CHRISTMAS, and ZOMBIE CHUNKS and in such literary magazines as Sanitarium Magazine. Jessica is a Senior Editor for Allegory Magazine.

In the psychology world, she has more than fifteen years of experience and training in the cognitive-behavioral model. She’s a psychotherapist, a teacher, and a researcher. One day it hit her: Why not combine writing and psychology? Just like that, PsychWRITE, her series of lectures, workshops, and coaching services for writers was born. Her blog features motivational posts for writers that combine her passion for writing with her love of psychology. 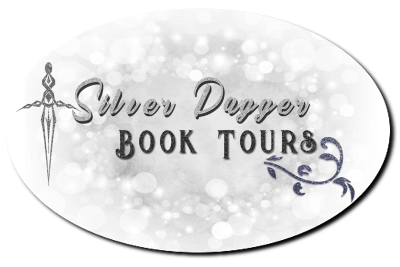