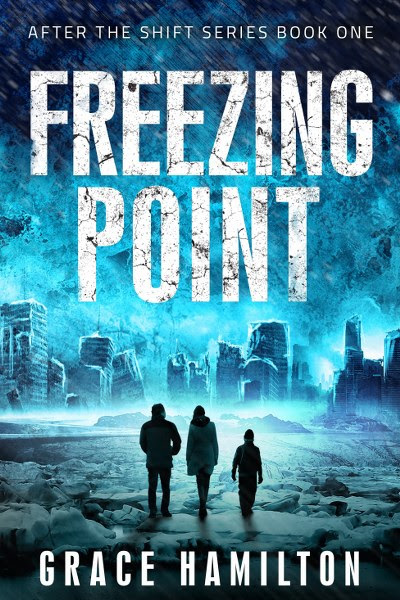 In the dawn of a new Ice Age, families everywhere are taking to the road to escape the frigid landscape—but you can’t outrun the cold.
No one could have predicted the terrifying impact of human interference in the Arctic. Shifts in the Earth’s crust have led to catastrophe and now the North Pole is located in the mid-Atlantic, making much of the eastern United States an unlivable polar hellscape.
Nathan Tolley is a talented mechanic who has watched his business dry up due to gas shortages following the drastic tectonic shifts. His wife, Cyndi, has diligently prepped food and supplies, but it’s not enough to get them through a never-ending winter. With an asthmatic young son and a new baby on the way, they’ll have to find a safe place they can call home or risk freezing to death in this harsh new world.
When an old friend of Nathan’s tells him that Detroit has become a paradise, with greenhouses full of food and plenty of solar energy for everyone, it sounds like the perfect place to escape. But with dangerous conditions and roving gangs, getting there seems like an impossible dream. It also seems like their only choice.

“What’s that?” Freeson asked, pointing beyond the wrecker’s windshield.
Nathan squinted through the swirling snowflakes peppering the glass, but the wipers were struggling to give meaningful vision beyond the red expanse of his Dodge’s hood. He thought they were on the spruce-lined Ridge Road running between Lake George and Glens Falls but he couldn’t be sure. The cone of light thrown out by its headlights only illuminated the blizzard itself, making it look like a messed up TV channel. Without any real visibility, the 1981 Dodge Power Wagon W300 4x4—with driver’s cab, a four-person custom-sized crew cab behind that, a wrecker boom, and a spectacle lift—grumbled deep in its engine as Nathan slowed the truck. To stop the tires fully, Nathan had to go down through the gears rather than by the application of the discs. There was a slight lateral slide before the tires bit into the fresh snow. The ice beneath was treacherous enough already without the added application of fresh flakes. Who knowshow thick the ice is over the blacktop, Nathan thought. With the truck stopped, he tried to follow Freeson’s finger out into the whirlpooling night. For a few seconds, all he could see was the blizzard, the air filled with fat white flakes, which danced across his vision like God’s dandruff. Nathan was about to ask Freeson what the hell he was playing at when he caught it. He saw taillights flicker on and the shadow of a figure move towards the truck’s headlights. 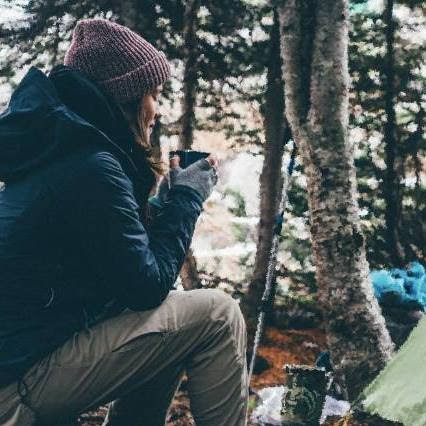 Grace Hamilton is the prepper pen-name for a bad-ass, survivalist momma-bear of four kids, and wife to a wonderful husband. After being stuck in a mountain cabin for six days following a flash flood, she decided she never wanted to feel so powerless or have to send her kids to bed hungry again. Now she lives the prepper lifestyle and knows that if SHTF or TEOTWAWKI happens, she'll be ready to help protect and provide for her family.

Combine this survivalist mentality with a vivid imagination (as well as a slightly unhealthy day dreaming habit) and you get a prepper fiction author. Grace spends her days thinking about the worst possible survival situations that a person could be thrown into, then throwing her characters into these nightmares while trying to figure out "What SHOULD you do in this situation?"

It's her wish that through her characters, you will get to experience what life will be like and essentially learn from their mistakes and experiences, so that you too can survive!